"Quality of Life enhancer due out in 2016"
By: Edward Oliveira | Wii-U News | October 29, 2014
Nintendo president Satoru Iwata returned to full-time work this week after recovering from the removal of a tumor last June, but he returned to a profiting Nintendo. The company announced that they have profited for the first quarter since the Nintendo 3DS launch, netting an $86.1 million profit. The success was due to the weaker yen and the success of Mario Kart 8, Super Smash Bros. for Nintendo 3DS, Hyrule Warriors and Tomodachi Life.

That’s great but Iwata showed off how their new QOL (Quality of Life) product will work when it launches in 2016. 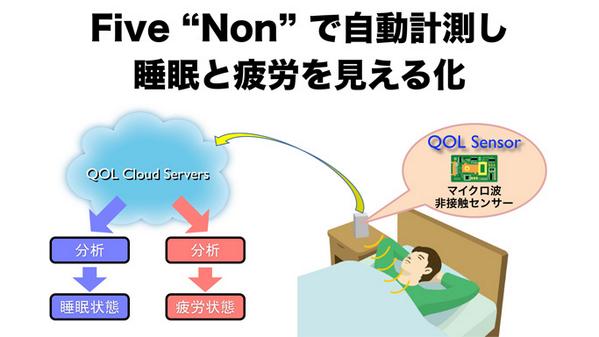 Teaming with US company ResMed, the device is a sensor that measures your sleep patterns in order to improve the ability to be tired and fall asleep quicker. The device will bring its readings to cloud servers, which will deliver your data to smart devices and gaming consoles like the Wii U. Most importantly, it’s easy to use since it is non-wearable, has no contact to the user, has no controls so no on-device UI needed, no wait times, and needs no installation. ResMed already launched a device called the S+ that sort of starts off this concept:

Also announced is the ability to preload your pre-purchased eShop games starting with Super Smash Bros. for Wii U for the console and in 2015 for the 3DS. Most of the game will download before the midnight launch, and a small update will be needed to finish it off. This is already possible on other consoles and PC, so it’s nice to see Nintendo get into this. This is only possible with eShop versions of games since the Wii U is the only current-gen console that does not use mandatory installations on disc-based games.