Nintendo announced that it will be doing a "Deluxe Digital Promotion" for those gamers who decide to purchase the Wii U Deluxe box set. This promotion, which will begin the December of this year, will reward gamers for purchasing Wii U games and content through the Nintendo eShop with 10% of their purchase back in "points." These points, once accumulated, equal out to $5 worth of purchases at the Nintendo eShop per 500 points.

In other words, say you buy a copy of Darksiders II, which costs $59.99. via the Nintendo eShop and are an owner of the Wii U Deluxe, then you will recieve 599 points from Nintendo. This will grant you $5 dollars in eShop money, plus an additional 99 points left over to accumulate further. This promotion will be running through December 2014, and the points will be redeemable through March 2015. 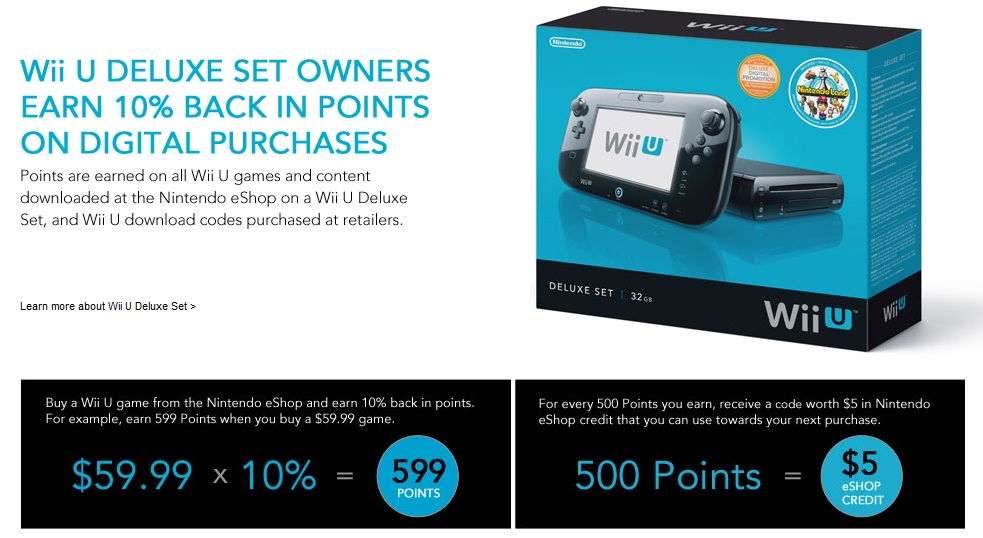