Nintendo have released a statement informing the gaming world that demo usage limits for Wii U and 3DS games, are not something they have control over.

When asked about the usage limits by Eurogamer, a Nintendo spokesperson had this to say: “Each publisher has the opportunity to decide how long demos will stay on the eShop and how many times consumers can play them before they expire."

The Nintendo eShop is where Wii U and 3DS owners can download the latest demos, much like the Playstation Store and Xbox Live Marketplace. Unlike the other platforms however, games are limited to a number of uses e.g. Rayman Legends is 30 uses as FIFA '13 is only 10. 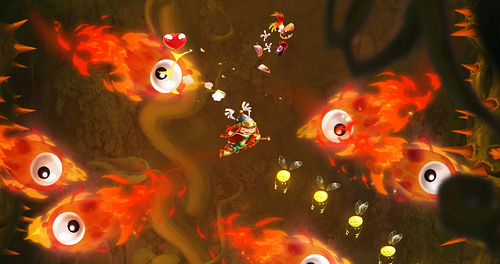 The topic has been discussed widely amongst owners of both the Wii U and 3DS, with many people arguing that demo’s shouldn’t have limits at all. Others however, argue that limits are fair and give people more than enough chance to sample a game.

Do you think what the publishers are doing is fair? After all, they have games to sell and if people can access a demo over and over again, are they as likely to buy the full game?

Or does the amount of time you have with a demo matter at all? All they do is give the player a snippet of said title and each one is limited to what you can do and see anyway. Surely then people who are interested enough would buy the game when it was released, regardless of the time spent playing the demo?

We want to know what you think about it, so drop us a line and share your thoughts on the topic.