Nintendo’s Wii U: One Year Later

By: Edward Oliveira | Wii-U Features | November 21, 2013
With all the news of the launches of the other consoles in recent weeks, some might forget about Nintendo’s little console. The Wii U has its first birthday this week, and it has been a rough rookie year for the system with almost nothing but negativity surrounding the young system. From terrible sales, a dry spell of games to idiotic marketing, the system seems to have started on the wrong foot, and the worst thing is that Nintendo seems to have barely done a thing about it. Let’s look back during the console’s first twelve months and see all the good and bad things that have happened. 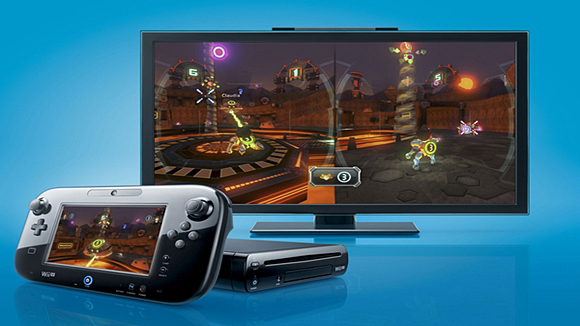 The Games of Year One
At launch, the Wii U has had a pretty traditional launch support that sprawled many genres, much like the PlayStation 4’s last week. The console had what could be the last sports games on the console Madden 13, FIFA 13 and NBA 2K13. We also saw what could have even been the definitive version of Call of Duty: Black Ops 2 on Wii U thanks to superior visuals and co-op. There were some multiplatform games on the system like Assassin’s Creed III, Just Dance 4, Skylanders Giants, Sonic & Sega All-Stars Racing Transformed, and Ninja Gaiden 3: Razors Edge, with some of those games finally debuting on a Nintendo console. Some publishers also released late ports with added Gamepad functionality like Mass Effect 3: Special Edition, Warriors Orochi 3: Hyper and Batman Arkham City: Armored Edition. Lastly were the exclusives like the traditional New Super Mario Bros. U, the terrible karaoke title SiNG Party, the fun pack-in (if you had a Deluxe model) Nintendo Land, the passable Scribblenauts Unlimited, and the love-it-or-hate-it roguelike shooter Zombi U. 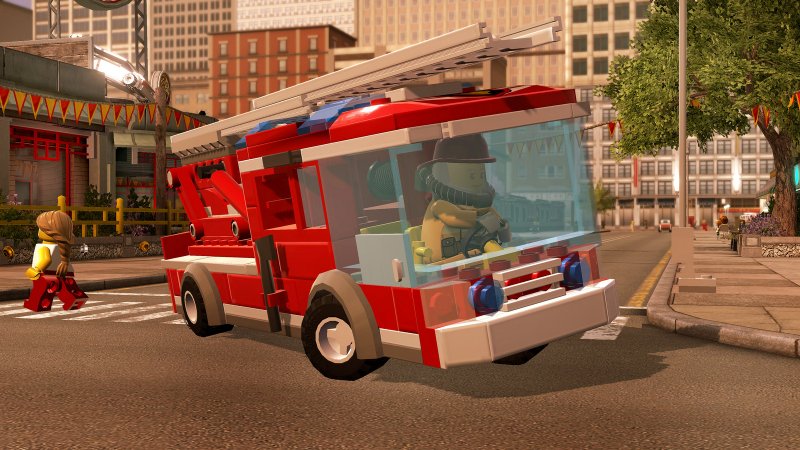 After that… Not much until March when LEGO City Undercover and Monster Hunter 3 Ultimate released, followed by Resident Evil Revelations in May and Game & Wario in June. It wasn’t until August when quality games finally released at a better pace with Pikmin 3 and Splinter Cell Blacklist, followed by The Wonderful 101 and Rayman Legends in September.
Right after those games came out, Nintendo dropped the system’s price by $50 and released a limited edition system bundled with The Legend of Zelda: The Wind Waker HD, which spurred a bit more interest in the platform.
After the price drop, the system received some nice exclusive and multiplatform games like Batman Arkham Origins, Skylanders SWAP Force, LEGO Marvel Superheroes, Scribblenauts Unmasked, Just Dance 2014, Assassin’s Creed IV: Black Flag, Deus Ex Human Revolution Director’s Cut, and Wii Party U. Nintendo also snagged a three-game exclusivity contract with Sega with the Sonic games, though I think Nintendo’s not getting their money’s worth with the lackluster Sonic Lost World and Mario & Sonic At the Sochi 2014 Olympic Games. 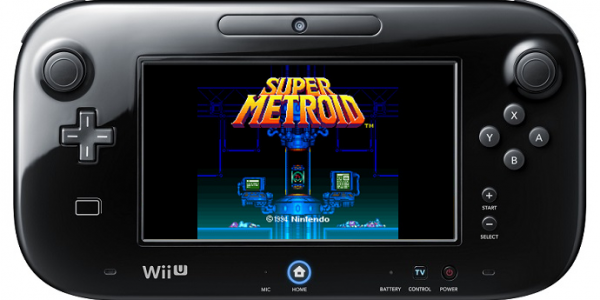 Of course, let’s not forget about the eShop and the Virtual Console, which helped fill some blanks between the retail releases with games like Trine 2, DuckTales Remastered, Giana Sisters, two installments of Mighty Switch Force, Cloudberry Kingdom, Wii Sports Club, and many more. Indies have been feeling the love of the eShop as well, with many Kickstarter campaigns including the Wii U eShop as one of their portals for release. On the retro side of things, Nintendo rereleased some Virtual Console games from the Wii like Super Metroid, Super Mario Bros. and F-Zero and added Wii U support like off-TV play and Pro Controller support, and some of them were offered for thirty cents for a limited time. However, there was one shining gem within that library and it was the very first rerelease of the hard to find SNES classic Earthbound.
Third Parties Stop Support
Most of the third parties have already abandoned the platform after many of their games failed to extend their audiences to the Nintendo audience. EA cut off all support for the platform earlier this year after the failure of their late and inferior multiplatform titles, so not only did Battlefield 4 and Crysis 3 lacked Wii U versions, but even the sports games that have been on Nintendo platforms every year weren’t available. Even Ubisoft and WB, perhaps Nintendo’s biggest partners on the platform during this last year, are starting to lack support. When Assassin’s Creed III Liberation HD and Injustice: Ultimate Edition were announced, Nintendo’s platform was left out even though the previous installments hit it. It is only safe to say that Ubisoft and WB will reconsider future installments of their games for Wii U. 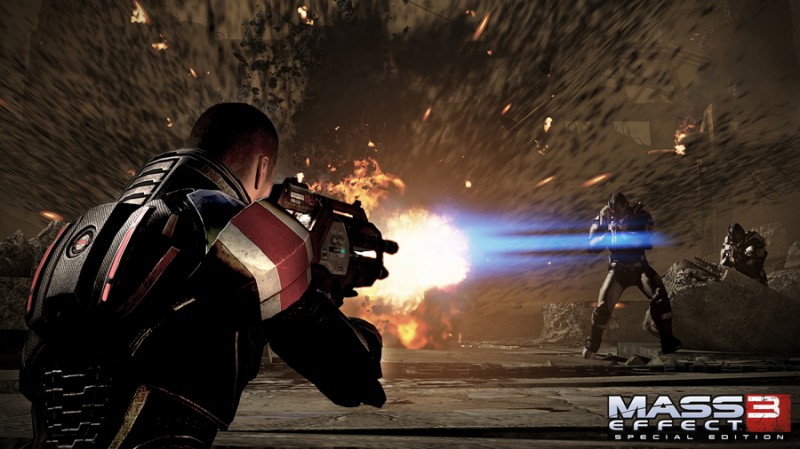 However, this is not an one-sided story. The Wii U owners’ rebuttal is that the Wii U received inferior ports of many games, or that some received less content. Injustice: Gods Among Us got lackluster online multiplayer on Nintendo’s box as well as a fraction of the DLC, which customers of the Wii U version had to protest on Twitter to get in the first place. While the Wii U got the best version of Black Ops 2, Activision later on announced that those players weren't receiving any DLC or microtransactions for the game (true goes for Ghosts too); thus killing the game’s fandom on the platform with a feeling of being betrayed by the publisher, myself included. Disney Infinity did not get Pro and Classic Controller support despite having the controllers mentioned on the box, and Wii U owners are still waiting for the patch that was only announced last month. The only exception to the rule is probably Batman Arkham Origins, which nixed multiplayer but decreased the price by ten bucks, which swayed some people towards the Wii U version since the multiplayer was tacked on and unimportant anyway.
In the sea of negativity of third party support, two multiplatform were able to sell the best on Wii U. Sonic & Sega All-Stars Racing Transformed debuted two days after the launch of the system and was able to continue Sonic’s tradition of selling the best on Nintendo consoles even against platforms that were out for years. The second was Rayman Legends, a platformer originally destined to be a Wii U exclusive and due to its sheer superiority over the other versions, was able to still sway Wii U owners that were burned after a six month delay to buy it.
Wii U at E3 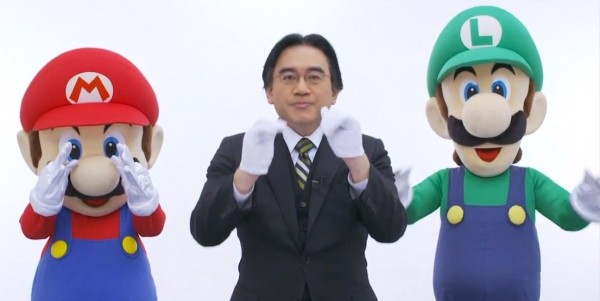 E3 was not too nice to the Wii U either. With the PS4 and Xbox One on the way, media was focused on those platforms. Even when Microsoft was castrated over the Xbox One’s DRM policies, they still had third parties backing them up with their titles so there was as much positive press as well as negative. The saddest thing is that Nintendo had a great first-party lineup, but it was completely overshadowed.
Nintendo did not help combat that at the very least, and that was the real issue. The company opted out on the drastically important traditional press conference, which they always done, for a Nintendo Direct. While the Nintendo Directs are extremely fun to watch throughout the year, a company’s prose and execution needs to be truly serious at E3. Opting out of the press conference means you opt out of televising your announcements (or streaming them off other sites) and getting your word out to the greatest of audiences. To make it worse, the Direct chugged throughout the duration so when Super Mario 3D World was announced, we all barely saw a thing.
Wii U’s The Non-Gaming Features – Still Worth Using? 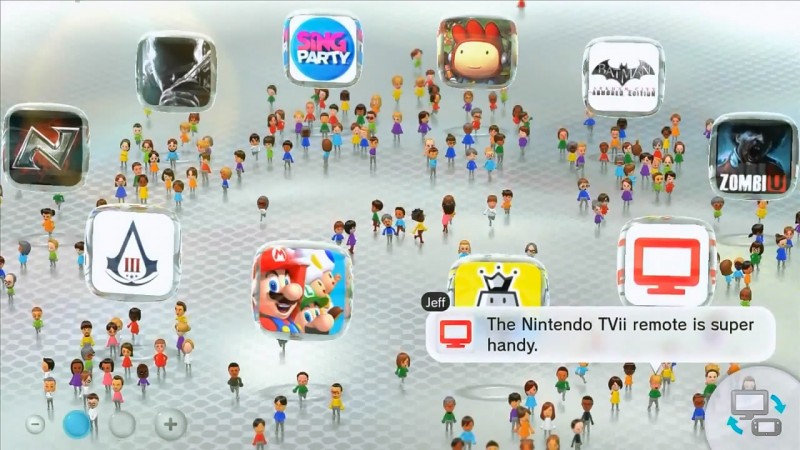 I really liked the Wara Wara Plaza at launch because it was a psudo-Twitter. It showed what games are currently trending, so I was able to view posts on my main menu about Black Ops 2, Assassin’s Creed III, and Ninja Gaiden 3. Soon after that, those titles would be swapped out by other newer releases, as they should. The problem with it now is that it is completely first party oriented and all the third party titles have been drown out. Batman Arkham Origins, Assassin’s Creed IV: Black Flag, Call of Duty Ghosts and Sonic: Lost World were only on the main menu for a few days before getting buried under… what? Nintendo’s launch titles like Mario and Nintendo Land, The Smash Bros. Community on Miiverse, and the useless Animal Crossing Plaza? Really? Are these truly generating more traffic than AAA games hitting the system, because if so, that’s a problem. And if so, I really think Nintendo really needs to step in and allow newer releases to get a chance to generate notification because it further shows how irrelevant the third parties are to the Wii U.
Miiverse however has been a beacon of light for the system. Nintendo sort of hit gold with this because it has generated an array of unique functionalities to the system. I every-so-often reply to those asking questions about being stuck in a certain area, or provide a mini-review of a game they were asking about. Nintendo too has been great upgrading what we experience within it with developer commentary and even increasing the word limit to 200 (beat that Twitter). I said it at launch and I’ll say it now, just like with the 3DS’ StreetPass, Miiverse is the biggest achievement Nintendo did with the Wii U.
I actually use the Wii U’s web browser on a semi-decent basis because it’s the best way to play YouTube videos on the TV when people are over (the native YouTube app itself is terrible in comparison). That goes double for Netflix, which the Wii U has been my default device since launch, even after using both the PS3 and the (dreadful) Xbox versions beforehand. Many people complain on both Miiverse and online that these apps are unstable and have been crashing since the console’s launch, and though I haven’t experienced it, not having a fix for those who have is pretty insulting.
Oh yea, there’s also Nintendo TVii. That was kind of a needless app, but I also think every second screen TV “experience” is.
Identity Crisis

The biggest issue with the Wii U with the mass market is communicating what the hell the device is. Even a year later, I see people incorrectly assuming that the Wii U is either a Wii with a new controller or a handheld, and core gamers who don’t regularly follow game news only think of the negative stereotypes on what the Wii was. In fact many people just call it the Wii, even the most hardcore of gamers, because subliminally they believe it’s just too similar looking than the Wii.
This humongous issue, which started well before the Wii U’s launch, can be all pointed back to Nintendo because their messaging and marketing are not conveyed correctly. They really believe associating and naming the Wii U (and 3DS to a lesser degree) alongside their predecessors is the most appropriate way to advertise them. Even now a year later, the newest advertisement for the Wii U, which is by the way the first one since LEGO City, is terrible (though for some reason the 3DS’ holiday commercial is absolutely amazing). The Wii U is not an upgrade to Wii Nintendo, it is a whole different console.
Nintendo has completely messed up their year head start and it going to hit them hard. In its first weekend, the PS4 has already been able to gain a little under a quarter of the Wii U’s lifetime sales, and these sales don’t seem to be climbing much either even after a price drop with bundled games. I have no doubt that I’ll enjoy my Wii U among many other Nintendo fans during the next year (heck, I enjoyed it a lot this year!), but Nintendo needs to do some drastic changes in order to gain trust with future consumers and third parties alike.