By: Steven Chaitman | Movie News | April 2, 2012
The news broke on April Fool's Day, but media outlets have assured us of its veracity: Ashton Kutcher, current star of TV's Two and a Half Men, will play Apple co-founder Steve Jobs in an indie biopic titled Jobs.

This is not the major project Sony Pictures is developing based on Walter Isaacson's besteselling book. Variety reports that it will focus on Jobs' formative years "from wayward hippie to co-founder of Apple, where he became one of the most revered creative entrepreneurs of our time." 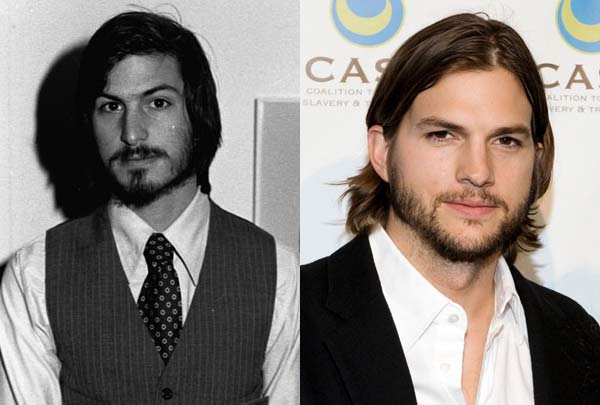 Kutcher has been noted to bear an uncanny resemblance to a younger Jobs from the '70s as you can probably determine for yourself based on the pic. His dramatic credits are few, but they exist, such as Emilio Estevez' 2006 film Bobby.

Jobs will be directed by Joshua Michael Stern, who did Swing Vote back in 2008 for Disney starring Kevin Costner. Matthew Whiteley wrote the script.

Given Kutcher's Twitter fame and general reputation, it's tough to say whether the casting is an artistic choice, a mere resemblance choice or a marketing choice. Hopefully all three, but Kutcher will need to surprise some people to accomplish it.

Jobs will begin production in May once Kutcher has wrapped on this season of Two and a Half Men.