Markus Persson, the creator of Minecraft announced yesterday that he'll be stepping down from his leadership of that game.  His hand-picked successor as Lead Developer will be Jens Bergensten who has been on the development team for quite a while now.

"Notch" made the announcement via his blog which reads: "As of yesterday, Jens Bergensten is the new lead developer on Minecraft. He will have the final say in all design decisions, so he will kinda sorta become my boss, I guess. I’ve promised him to not pull rank. ;) We’ve been working together on Minecraft for a year now, and I’m amazed at how much in synch we two are when it comes to how to design the game. And when we don’t agree, we discuss it and something much better comes out at a result. He’s truly a great person to work with, and I feel very confident handing over the leadership of Minecraft to him... Personally, I will now rest for a while, then get back to work refreshed and eager. I’ll be helping out with Minecraft, of course, but also starting work on some new project." 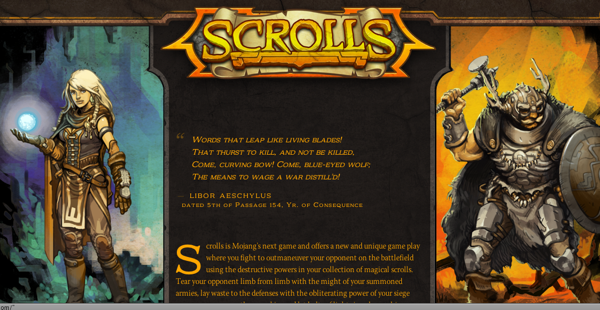 Do note that Notch mentions a new project, whether that is the already-announced Scrolls, or yet another mysterious project isn't confirmed yet.  Whatever it is, the PC indie community will certainly take note.  If you haven't played Minecraft yet, check out our review, the have a look at the game.