Bond, James Bond, is returning to the silver screen after a four-year absence with the release of the highly anticipated Skyfall, the only wide release of the week and the guaranteed new champ of the box office. Meanwhile, fans of historical movies have the limited releases of Lincoln and A Royal Affair. 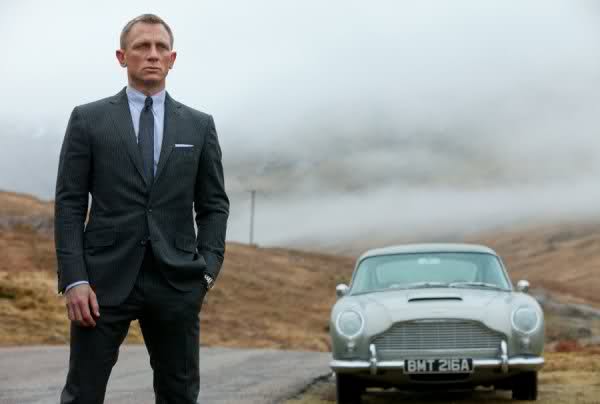 What’s It About? Skyfall is the 23rd movie of the Bond series and the first to be directed by an Oscar-winning director, Sam Mendes (American Beauty). Daniel Craig returns as 007, who after being presumed dead for three months returns to MI6 after a cyber-terrorist, Raoul Silva (Javier Bardem) targets both the organization and M (Judi Dench), personally. James Bond has to prove he is in shape before tackling Silva and his own personal demons.

Early Reaction: Skyfall has earned extremely positive rewards, being declared one of the best Bond movies ever, including here at Entertainment Fuse, and one of the best action movies of the year. Skyfall has been breaking box office records in the UK and has already made $321 million worldwide.

What to Watch For: The return of James Bond: it is a movie that are fans of the gritty serious approach of the Daniel Craig version of the character, whilst reintroducing traditional tropes of the series. Lincoln – Lincoln is Steven Spielberg’s long awaited bio-pic of the 16th President of the United States. Daniel Day-Lewis is already predicted for an Oscar nomination for his portrayal of Abraham Lincoln. Based on Doris Kearns Goodwin’s Team of Rivals, Lincoln focuses on Lincoln’s efforts to pass the 13th Amendment as the American Civil War comes to an end. (Metacritic: 85/100, Rotten Tomatoes: 92%) – DreamWorks Studios


A Royal Affair – From Denmark is the critically acclaimed costume drama A Royal Affair, about an idealistic physician, Johann Friedrich Struensee (Mads Mikkelsen) who embarks on an affair with the nation’s young queen (Alicia Vikander), leading to a revolution. (Metacritic: 70/100, Rotten Tomatoes: 89%) – Magnolia Pictures


Dangerous Liaisons (2012) – Not to be confused with the 1988 John Malkovich and Glenn Close movie, this version of Dangerous Liaison is a Chinese adaptation, updating the story to 1930s Shanghai as an aging socialite (Cecilia Cheung) challenges her ex-lover (Jang Dong-kun) to seduce and abandon a naïve young woman. (Rotten Tomatoes: 62%) – Harbinger Media Partners


In Another Country – A South Korean movie about a trio of French who visit a seaside resort. (Metacritic: 68/100, Rotten Tomatoes: 80%) – Kino Lorber


Citadel – A British/Irish horror co-production about an agoraphobic father (Aneurin Barnard) who recruits a priest (James Cosmo) to save his daughter from a vicious gang. (Metacritic: 62/100, Rotten Tomatoes: 60%) – Cinedigm Entertainment Group