Whether you’re a theater fan, or a video game buff, Theater of the Arcade is something you need to see.  Especially if you’re a fan of both.  It’s a live theater production currently running in the New York City Fringe Festival, and it features five short plays, each one following the story of a famous video game, but told as though they were written by a famous playwright.  Although it’s completely absurd, it’s all done with complete deadpan seriousness, you wouldn’t know that you’re watching parody if you weren’t in on the joke before entering the theater.

What goes through Frogger’s head as he hops his way across that highway?  You’ll learn that and more in Monologue for Single Player, an existentialist train of thought narrative that stars Timothy McCown Reynolds as the isolated narrator of this exploration of a two-dimensional world.

Then the show turns to Tennesee Williams, in an adaptation of Donky Kong called The Alabaster Nymph.  Here, Kong is a working-class man (Josh Mertz) from a barrel factory who- despite his lack of education- is constantly spouting poetic metaphors about the symbol-laden world in which he lives.  Shelly Ray plays a crippled woman trapped in a loveless marriage with this brute, will she find freedom in the arms of an Italian plumber?

Pac Man gets re-envisioned as a German Expressionist musical in Der Rundegelbenimmersatt which depicts him as a gluttonous business man (Fred Backus) who learns a valuable lesson about the rights of the working class who represent the four ghosts in the game. 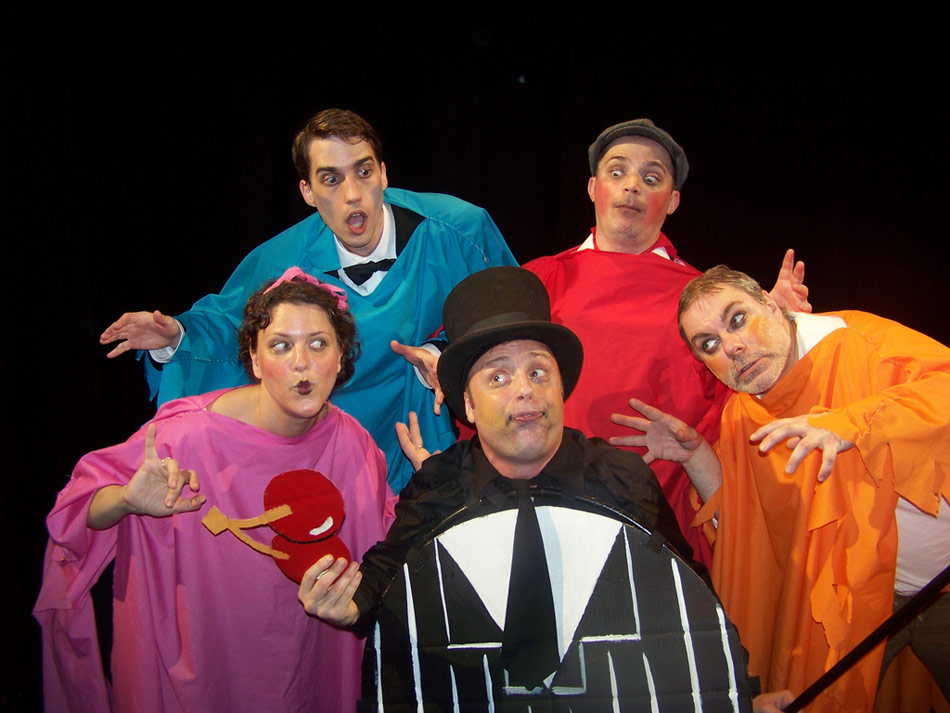 Just who pilots those ships in Asteroids?  That question is thoroughly explored in Magdalena Magellan Mars, a profanity-laden send up of David Mammet in which the job of Asteroid destruction is depicted as a tense, high-stakes competition right out of Genngarry Glenross.

It concludes with Savage of the Heart, a heated drama about the sibling rivalry between Mario and Luigi, and their shared love with a treacherous princess.

Theater of the Arcade was written by Jeff Lewoncyk and Directed by Gyda Arber. Lewoncyk’s script is more than just a clever idea, it’s packed with gags that only genuine gamers will get.  There’s a recurring theme that runs throughout the show which brings it full circle for the conclusion too.  The cast members all play an assortment of roles, and each of them gets to have a lead role in at least one piece.  They’re a talented lot, and work well within the various styles of theater.

It’s a clever show that is filled with inside gags for both gamers and theatre fans alike. The humor is usually subtle, and you have to be in on whatever private joke is being told at the time, but regardless of your tastes, you’ll find both a game and playwright that you like.  Theater of the Arcade is highly recommended for both the gamer and theater demographics.  It has three more performances as of this writing.  More information can be found on the show’s website, or the NYC Fringe Festival’s site.