But what are visual novels?

Visual novels are most often found in Japan, and feature the player going through a story with set events. Gameplay is usually limited to mousing over a choice (as the vast majority of visual novels are for the PC / Mac environments, with PCs taking the lead) and/or clicking so the text can advance. These types of games use visuals to have the player immersed in the story, even though these visuals are usually fairly simple by today's standards; usually they are of the sprite or character illustration-on-static background variety, with the illustrations having a set number of expressions to help convey character emotion. Visual novels may or may not have different endings available depending on the choices the player makes; games like Higurashi When They Cry do not really have different endings, while more complex games like Animamundi: Dark Alchemist or the much more lighthearted Yo-Jin-Bo: The Bodyguards feature at least ten different endings depending on different player choices. 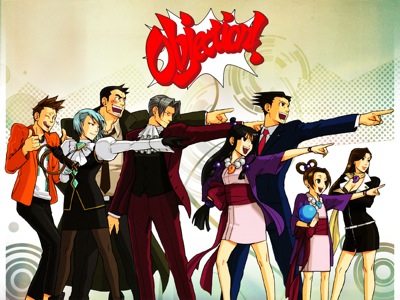 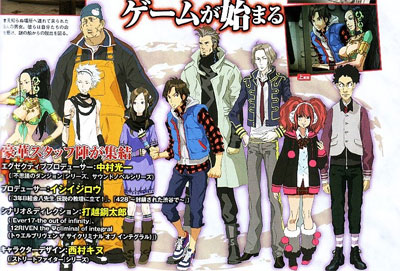 The Ace Attorney series is not quite like these, any Ace Attorney fan can tell you that the story of a particular case is usually pretty linear, similar to some visual novels (like Higurashi When They Cry). You follow along with the text, select the appropriate choices to keep conversations going, or use the Magatama / Perceive System to try and find clues from witnesses. The player can indeed make choices, but is penalized for presenting evidence at the wrong time, or presenting incorrect evidence, and therefore great care must be taken to present all the correct information at the correct times – which could possibly lead to no small amount of frustration during gameplay. The backgrounds and art for the Ace Attorney series are also generally of the sprite-on-static-background flavor, with some specialized scenes thrown in the mix, another reminder of the visual novel genre.