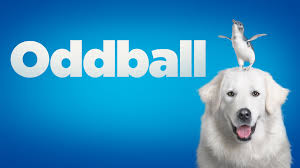 'Never work with children or animals.' - W.C. Fields Allan "Swampy" Marsh (Shane Jacobson) has a problem. As a chicken farmer, he needs a dog that will protect his egg laying profit makers. He has two Maremma dogs and one of them, Oddball, does not seem to understand his role as a guard dog. Yet, that is not the only problem that the large white canine presents for Swampy's family. The mischievous dog is on his last strike with the local authorities, because he has a tendency to cause mayhem whenever he gets into the township of Warrnambool. Swampy has to figure out what to do with the problem that is Oddball. 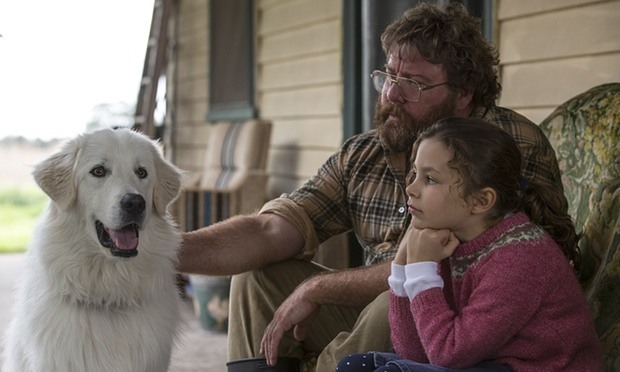 The answer might be with the iconic fairy penguins that live on Middle Island off the coast. His daughter, Emily (Sarah Snook), oversees the conservation of this little penguin colony and the flock is in a battle for their existence against natural and human forces. Foxes have learned of their existence and they are the natural element that is killing off the penguin population. The human element is the tourist board who wants to turn the island into a whale watching outpost. Interestingly, Oddball seems to provide the answer to the penguin's problems. Even though he does not seem to connect with chickens, he does have a unique connection with the penguins. Can Swampy convince Emily and the city council to let Oddball help save the township's penguin community from elimination? 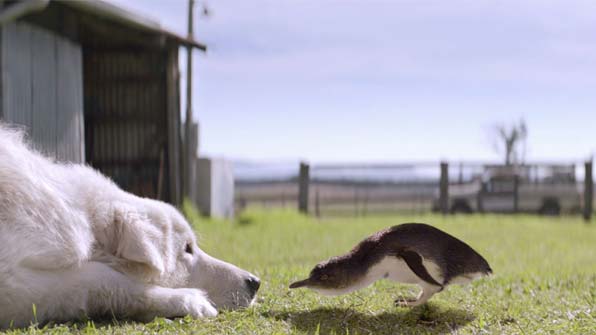 This true-to-life story of a fun-loving dog, his eccentric chicken owner and a flock of endangered penguins becomes a by-the-book fairy (penguin) tale. The primarily Australian cast provide an enjoyable backdrop for this dog centred tale. Coco Jack Gillies  (Mad Max: Fury Road) plays Swampy's cute granddaughter and manages to hold her own on screen with Shane Jacobson, but it is the patriarchal character that holds the story together. Jacobson manages to defy the W.C. Field quote and outshines his co-stars. Not surprisingly, this family comedy contains a certain level of slapstick fun, adorable animals, cute children and family tensions surround the story's core focus, saving the colony of fairy penguins. All of this is played against a beautiful canvas of the Victorian coastline views which do distract from, but do not make up for the poor special effects on the sound stage portions. With a limited budget, the poorly shot scenes are understandable and do not diminish the overall cinematic experience. Television-turned-feature film director Stuart McDonald, does an admirable job of delivering a humorous and entertaining family film. It does not have the same magic of other family Australian productions like Red Dog or Paper Planes, but parents cannot go wrong with choosing Oddball for their children this season. It provides everything that would be expected of a family comedy and the opportunity for families to have fun together at the flicks.
Asking the kids on the ride home, 'What did we think of the film?'  Nothing exceptional about Oddball, but it is an enjoyable film that any family with younger children could enjoy.
Rating
7.0
Pros