“Games are not art.” It was a sentence that led to the unleashing of the Internet gamer hounds last week and boy did we have a good old chow down on our prey. We typed, we raged and we basically called the two responsible for such ridiculous remarks, Steven Spielberg and George Lucas, incompetent douche-bags. As it turned out they never actually uttered those words, not to the press anyway and as a result the source of this ill-reported parody of information, Pixeled Courier, managed to teach some sites a valuable lesson: research before you report. Aside from denting a few online websites credibility’s, the article actually rehashed an important issue within our world, an issue that has been argued for many years: are video games really works of art?


“The expression or application of human creative skill and imagination, typically in a visual form such as painting or sculpture, producing works to be appreciated primarily for their beauty or emotional power.”


Above is the definition of ‘art’ and the two main reasons as to why The Last of Us should be classed as a piece of it. Visually beautiful and brilliantly crafted, The Last Of Us is a true depiction of an artistic video game because it doesn't just amuse or distract you. Instead it actually provokes you to have thoughts and feelings long after you turn off your console and it feels more like an experience rather than a mere source of entertainment. Much like The Walking Dead (taken from another art source but don’t they all use each others ideas…), their creators purposely made their titles like this because they wanted to incite more than just carpal tunnel from its players.” It also looks stunningly beautiful and to be an interactive part of this story holds much more emotional power to me than half of the stuff Spielberg and Lucas have ever produced in their movie careers.


Naughty Dog however, aren't the only ones making such emotive and challenging titles. From Heavy Rain to Quantic Dream’s latest creation, Beyond: Two Souls, the French developers have been laying waste to the claims that video games can’t feed into our emotions for the past few years and having felt more than a pang of sympathy whilst playing the former, I’d say that they are doing a very good job of succeeding. With choices and decisions dominating the gameplay, Heavy Rain explored the topic of child abduction in such a way that you couldn't help but get somewhat psychologically involved, even if the QTE’s did drive you insane after a while. For me, it led to question what I would actually do in each of the characters situations and how I would personally behave if I were put in these positions. For a video game, Heavy Rain was deep stuff and QD’s latest offering, Beyond: Two Souls, seems to be very much in the same mentally stimulating vein. 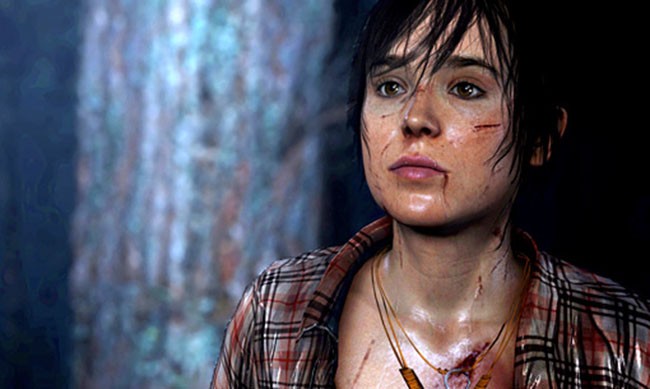 These two games however, are the first titles that I have ever really felt an emotional connection with, but for me that doesn't mean that the rest of the video game industry isn't art. Take Mass Effect 3 for example. BioWare’s offering didn't personally resonate a whole lot with yours truly, but thousands and thousands of fans joined an internet campaign to have the ending changed because, among other things, they felt that their choices didn't mean a damn in the end. Surely that’s a sign of emotional power. It could be argued that BioWare didn't primarily create Mass Effect 3 for this purpose, but if a game can make so many people from all different countries and walks of life so ridiculously angry and passionate about the same piece of work, then to me that is art. Then we have titles such as Journey, whose beauty you can’t help but be in awe of and Dead Space, which I presume was created to scare the living crap out of you…maybe that’s just me. We also have games such as Bioshock, Dishonored, Red Dead Redemption, Uncharted, Skyrim, Crysis 2 and so many more, all of which are visually beautiful games that are a joy to explore as well as look at. As for the next generation of gaming, don't even get me started. Sceptics, check out the gameplay trailer for Destiny and tell me that isn't art.


As the Oxford Dictionary states, art is ‘The expression or application of human creative skill and imagination.’ As an industry built on these two foundations, I find it difficult to see how anyone can refute that developers who build interactive worlds are less artistic than people who paint on a canvas. Whether or not video games could be classed as works of art in the past, I believe that in today's climate that is what they are fast becoming, regardless or whether or not the developers themselves actually mean to make them so. They say that beauty is in the eye of the beholder and since beauty is what art is all about, then surely the same principle goes for the creative meduim. I believe that Roger Ebert may not agree with me if he were here today but to actively take part in a world created by another human beings brain is more artistic to me than any piece of wire in an art gallery will ever be.