"Ori and the Blind Forest is (still) pretty awesome."
By: Orrin Hanratty | PC Reviews - Xbox One Reviews | March 14, 2016
Ori and the Blind Forest is a Metroidvania platformer that came out around this time last year. It was a beautiful game produced by Moon Studios that looks and feels like you are playing your way through the mind of Hayao Miyizaki. The story is all about love, forgiveness, and hope while the villain is utterly terrifying and unstoppable. The game play is high octane and difficult. The puzzles are creative. 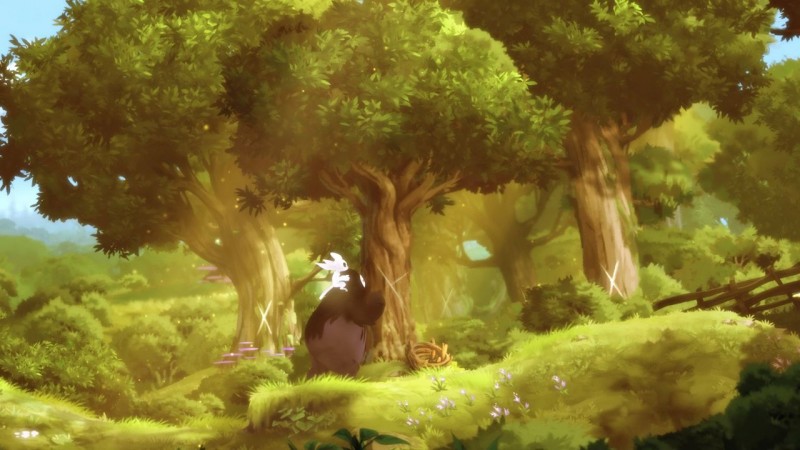 But that was last year. This year the team at Moon put out a new version, which the creators, in an interview with Xbox Wire, said was informed by feedback from the fans and media. They tweaked some things, added some levels and abilities, and put in a little story for us all. For the people who got in on the ground floor last year, here is what you’re going to get for your five dollar investment: fast travel, new difficulty levels, two new levels, two new powers, and Naru’s backstory. There is also some new music and such, but I’m not a music guy, so it made no difference to me. If you’re new to the game, then you should go check out our review for it last year. Here’s the link: https://www.entertainmentfuse.com/ori-blind-forest-review/ Go read it and then come back. We’ll just wait for you. Okay, now that you’re back (or they’re gone - it really depends on if you waited) let’s break down the goods. 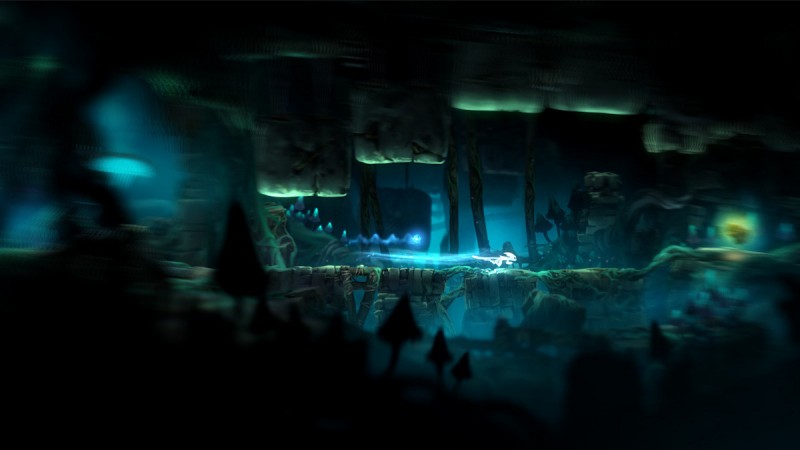 New Game Features Fast travel: This made getting back to previous areas and scouring for power-ups easy: you get to a well, save game, replenish all life and energy, zip back, get what you need, and you jump forward. That the original version didn’t have this seems like a grievous oversight, but it’s here and, as far as I know, always has been. Difficulty Settings: Difficulty settings have been added for this game. They are easy, normal, hard and one life. As in one life for the whole game. If anyone can do that in this game then they are clearly a dark wizard, infected by alien technology and therefore must be destroyed. 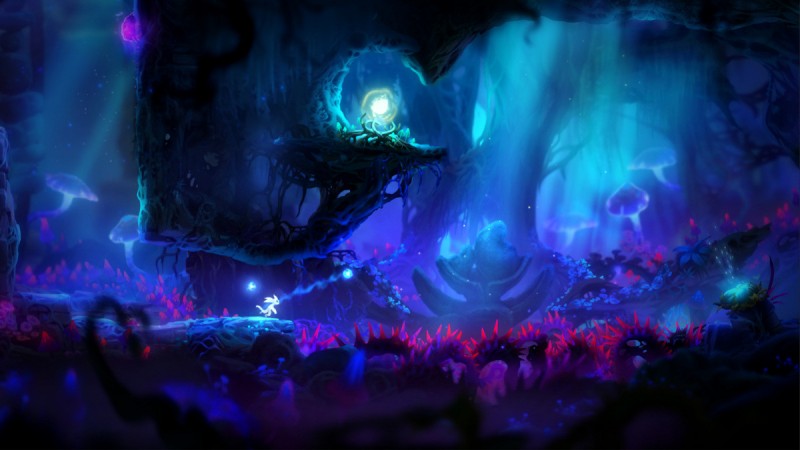 New Powers and Abilities Dash: With the RB button, Ori shoots off like a bullet. Dash is the mechanic with which most of the new abilities are created and made to work and the one that I found the most useful. It gives you a quick burst of speed, and you can activate the ability to do this in the air, so whereas before you’d have to double jump or triple jump to get across gaps, now Ori can just shoot across them. You can also activate Charge Dash, which turns Ori into an adorable little glowing cannonball, which is always nice. Light Burst: Light burst is one of those add-ons that have a really specific use in the game. In this case, light burst allows you to toss grenades that you really only deploy when the game forces you to use them. Just like you don’t use grenades when playing Call of Duty (or I don’t) you aren’t really going to use these. However, they do have other uses. You can Bash off of them, which is awesome, and you can snipe enemies, but it uses up energy and it’s just not something you ever really think to do.

New Levels Black Roots Burrows: This was a really, really cool level to play. It’s all about light and dark, and the game forces you to not use any of your game-bending, awesome abilities to go through it. The level starts in complete darkness, and you have to carry an orb of light to get through it. That light makes some platforms appear and others disappear. If you see it in the dark, it’s gone in the light and vice versa. It’s really well done, and you get Dash at the end. The start of this level is right next to the Sunken Grove warp point, so you can get there as soon as you can wall jump. Get in there! Get Dash. Have so much fun! This is my official recommendation. Lost Grove: Moon went psychedelic on the level design. It’s cooler looking than it is to play. That sounds like I’m being mean. I’m not. It’s just as much fun as any of the other levels in Ori and the Blind Forest, but it doesn’t stand out the way that Black Roots Burrows or Forlorn Ruins do. [caption id="attachment_81100" align="alignnone" width="800"] 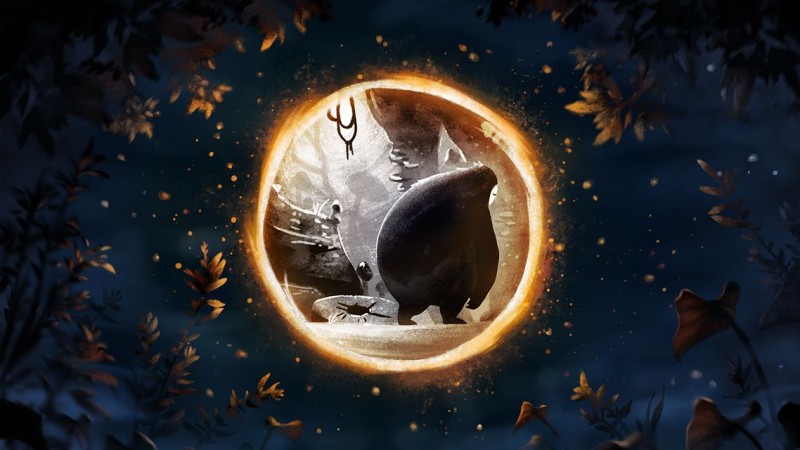 Naru looks so sad. Poor Naru. Now I'm sad!! Don't look at me![/caption] New Backstory Spoilers for the main story to follow. This seems to be one of the points that Moon is really happy about. By going through Lost Grove and Black Root Burrows, you get the backstory of Naru, the dark being that rescued and raised Ori from an orphan, and whose love for her adopted child is ultimately what changes the heart of Kuro in the finale. You see her life in beautiful cut scenes, and Naru’s childhood is a mirror to Ori’s. And it’s fine. Without getting into specifics, I don’t think learning more about Naru makes her a more sympathetic character. It’s simply an addition to what we know and one that we really didn’t need. What I found when I watched the story develop, which is told in the same way as the rest through the Spirit Tree’s narration and the text, was that Naru was a decent person. I already knew this because she took in a child that needed help and that took courage, since the light beings are capable of casually burning everything to death. Her backstory has absolutely no bearing on that. 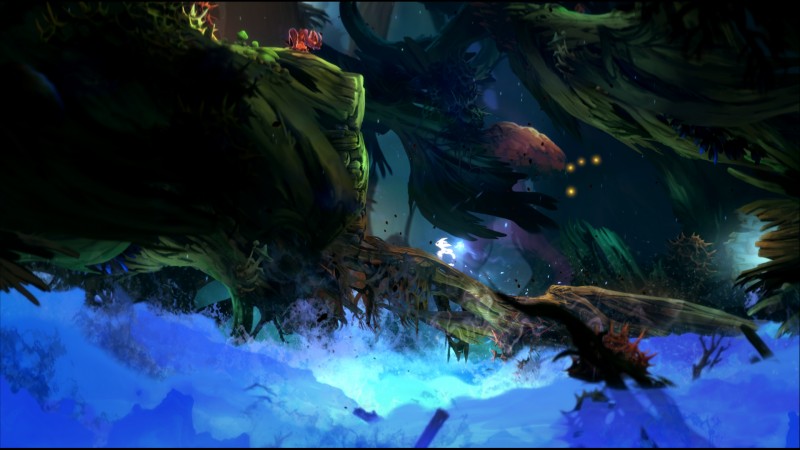 What I’ve learned today is that Moon Studios does not fool around with a game, they proved it last year with Ori and the Blind Forest the first time, and coming back to it was not a waste of any time whatsoever. It’s more challenging. It’s more fun. It’s more of what we wanted and loved the first time around. It’s got everything you could want if you haven’t played before, and it has exactly the sort of tweaks you’d need if you wanted to do multiple playthroughs and challenge yourself. It was great last year, and it’s better now.
Rating
9.3
Pros

Orrin Hanratty
About / Bio
I'm a writer. I write things. And I eat pizza. This is zen.