Best Supporting Actress is always a bit of a puzzling category to predict because — as sad as it sounds — scene-stealing performances by women are few and far between. It's no different this year. In fact, it might be worse and consequently harder to predict than ever before. Alas, some real gems exist out there, and many of them are firmly in the Oscar conversation.

Today, we're going to dig a little deeper into this race, expanding on the names given in last week's Oscar predictions, as well as naming a few dark horses you should watch out for.

There seem to be three women in very good shape right now. Octavia Spencer's role in The Help is the definition of scene-stealing. She was the source of most of the humor in the film, and she also had a few of the most poignant scenes all year. She's a virtual lock for a nomination and could easily win.

Another virtual lock is Vanessa Redgrave for Coriolanus. Ralph Fiennes directorial debut is flying way below the radar, but ever since it premiered last February at the Berlin Film Festival, she's been talked up as a Supporting Actress contender, playing one of Shakespeare's more frightening female characters.

Finally, in the category of likely contenders is Shailene Woodley. Unless you're a regular viewer of ABC Family's The Secret Life of the American Teenager, you're probably unfamiliar with the actress, but she nails the role of troubled daughter in The Descendants. Assuming the film is a major Oscar player, she wouldn't have any trouble getting into this field. 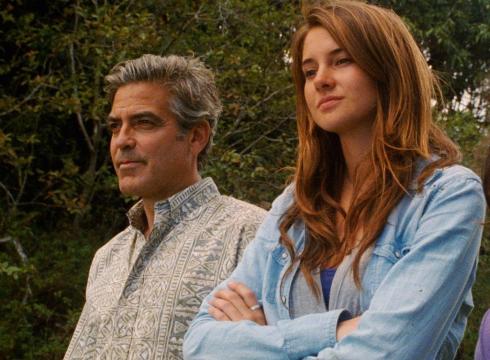 The field gets a little murky after that with actresses like Bérénice Bejo (The Artist), Carey Mulligan (Shame), Janet McTeer (Albert Nobbs), and even Judy Greer (The Descendants) as possibilities.

For one of the remaining slots, however, we're going with Sandra Bullock. Though Extremely Loud and Incredibly Close is the only potential Oscar contender yet to screen for anyone, it's fair to assume, given director Stephen Daldry's track record, that at least one acting nomination is in the cards. Bullock is a big star that would add some pop to this list of nominees and people love her. That could be enough this year.

The final slot, as far as we're concerned, belongs to Jessica Chastain. But for what film? She's been featured in no less than six this year, and as many as three of those have serious Oscar potential—The Tree of Life, Take Shelter and The Help. We're going with the latter. It's the most Academy-friendly movie of the bunch, and though she might lose some votes to her costars, she's so damn good in the film that it might not matter.

Looking for a few real dark horses? Melissa McCarthy will likely get a major push for her role in Bridesmaids. If War Horse is as big a player as many are expecting, don't be surprised to see Emily Watson on the final list of five. And Helen McCrory, so good in Hugo as the wife of Ben Kingsley's character, might be able to sneak if voters really take to Martin Scorsese's film.

That's it for this week's Oscar update. Check back next week at this time for more on the Best Supporting Actor race. If you're curious about our overall predictions in the major categories sans analysis, head here.