"A potent mix of flavors that miss more than they hit"
By: Steven Armstrong | Movie Reviews | October 13, 2015
One thing to understand about this movie off the top, is that there are better iterations of the Peter Pan mythos out there. Much, much better. Take Steven Spielberg's Hook for instance. Much has been said about that film over the years, most of it negative, but that is actually an inspired take on the tale that makes wonderful choices in how it plays with the themes of childhood innocence and what it means to grow up. At least that is the opinion of this reviewer. PJ Hogan's 2003 version Peter Pan, also very good, is much more faithful to the original tale of the boy who would never grow up. The way it deals with Peter's lack of a mother figure in his life, his subconscious desire for one and his fear of growing up and becoming a man is nothing short of beautiful and poignant. The point being made is that each of these and probably a few other versions, are strong. Why? Mainly because there is a sound sense of story and depth to the characters. These versions also do not betray their own sensibilities, which in several ways, Joe Wright's Pan does. 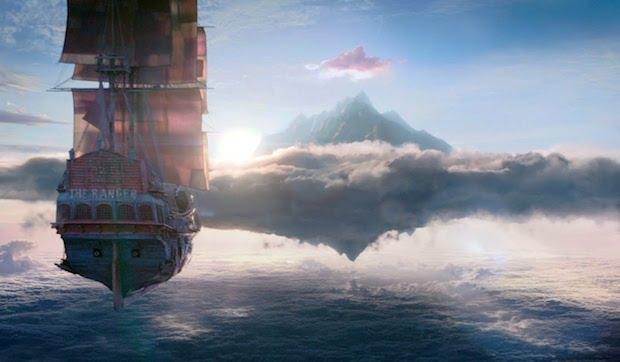 Set against the backdrop at the height of World War II, 12 year old Peter (Levi Miller) is living in an orphanage for boys waiting for his mother to return for him. One fateful night Peter is kidnapped by pirates along with many other boys and whisked away to a strange new place called Neverland. There, he is put to work in the mines with other boys and men, digging for a precious rock called Pixum for Blackbeard (Hugh Jackman), the most dangerous and feared pirate in all the land. His ultimate goal is to rid Neverland of all the fairies and Natives and use the endless supply of Pixum to live forever. However, this is not really what the story of the film is about. We came to this film with the understanding that this was a story about how Peter, became Peter Pan, champion of Lost Boys everywhere, eternal foe to grown-ups and especially one named, Captain James Hook. Except, Captain Hook isn't Captain Hook. Not yet. Here, Hook (Garrett Hedlund) is more of a lone cowboy archetype disillusioned and ready to escape the prison of Neverland. The story is really about the dynamic between the two future enemies. Or it should be. 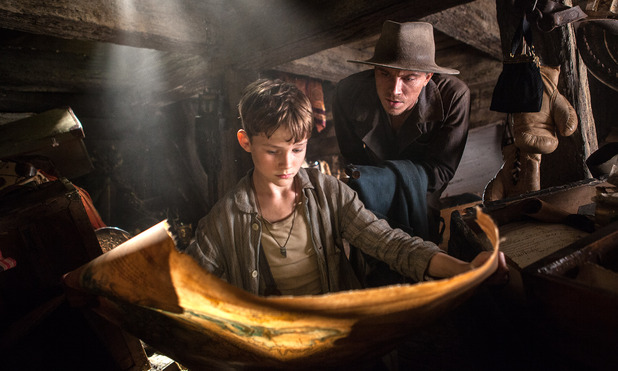 In terms of story, Pan does falter as a standalone piece. It seems confused as to what story it wants to tell. An origin story that follows "The Chosen One" playbook to a tee, from the foretold prophecy to the hero doubting his abilities, to the hero finally accepting his destiny, would work fine for another character, but for Peter Pan it feels foreign and unnecessary. This was supposed to be a fresh interpretation of a well-known character, but we are not really given anything new with the exception of Peter's rich backstory, which includes him being descended from a royal fairy bloodline. The character arcs of Hook and Tiger Lily (Rooney Mara) are also thin, which is another area where the film gets into trouble. One might argue that depth is not what one expects from a story about a boy who can fly. Nevertheless, the lack of any weight to the characters make Pan feel like your average cartoon, with the emphasis on the surface story of how good will combat and triumph over evil. 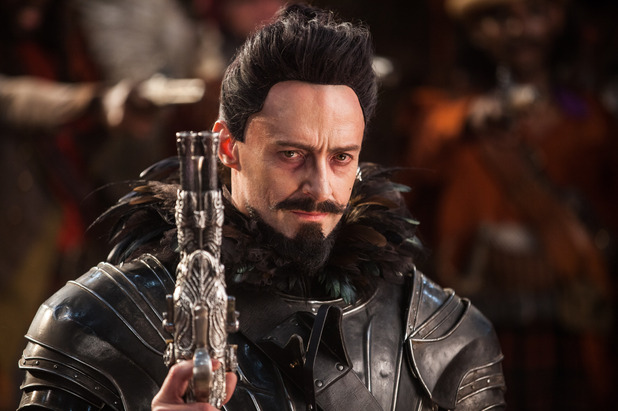 Visually, Pan is stunning. There are wonderfully rendered images to be found particularly in Neverland. From the rich, bright colors of the creatures to look of the native dress, to the way the sun shines is fantastic eye-candy. John Powell's stellar musical score is just right; both quiet at points and rousing when it needs to be. It is a great score. While we are on music, there are a couple curious choices of popular contemporary songs being appropriated by the characters in Neverland, which made no logical sense and were more distracting to the moments in the movie. Perhaps Joe Wright had some reason for moving forward with such choices that made sense to him. Unfortunately, those of us wanting to understand those reasons will have to wait for director's commentary somewhere. As far as acting goes, Hugh Jackman takes the cake here, having a great deal of fun reveling in his role as the Neverland heavy everyone fears. He really sinks his teeth into every bit of this role. His is the only character where you could argue that any depth to him would diminish some of the fun bits of him. Newcomer Levi Miller is solid as Peter. This kid brings great emotion and conviction to the role, though the script did not give him the best lines. Still, he makes the most of a turn in a role that will surely get him recognized.

Rooney Mara, is passable here as Tiger Lily, but her role as the lead fighter of the natives is a wasted one. She is the standard "strong female character" who is not really strong in the ways that she should be. She serves the purpose of mainly delivering exposition and being a potential love interest to Hook, who is probably the biggest disappointment from a character standpoint. Hedlund plays Hook in a manner that is not unlike a John Wayne character in a Western. He speaks in a way that is rather annoying and does not feel natural at all. It is as if Hedlund is still working out who the character is. This film had all the ingredients to make it a stellar addition to the many live-action versions of Peter Pan, but ultimately misses the mark. Not that there is not anything enjoyable to be found here because there is, it's just that as a complete piece, Pan lacks the weight to make it as memorable as could have been. Children will surely enjoy it for all the antics and silliness, but some of the more mature audiences might feel alienated from the characters, themes and story they know so well.
Rating
5.0
Pros