"A town worth discovering"
By: Cristian Barros | Movie Reviews | July 30, 2015
The coming-of-age sub-genre of teenage movies is a well-worn one, done to death at this point. They're a dime a dozen, with characters who always learn valuable lessons that enrich their lives as they transition from adolescence to young adulthood. When done well, they can transcend the genre like the excellent examples of The Perks of Being a Wallflower, The Spectacular Now, and Me and Earl and the Dying Girl. Author John Green found success with his young adult novels by portraying teenagers in an honest and sincere fashion. His film adaptation of The Fault in Our Stars was a huge hit at the box office and one of the best coming-of-age movies by telling a deeply felt love story with touching delicacy. The latest John Green novel to get the movie treatment, Paper Towns, may not reach the emotional heights of his last adaptation, but it still delivers characters worth celebrating. 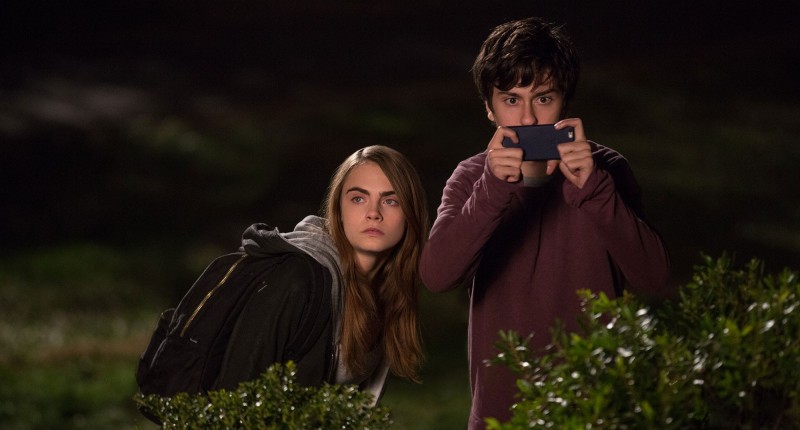 The story centers on Quentin "Q" Jacobson (Nat Wolff) his instant attraction to next door neighbor Margo Roth Spiegelman (Cara Delevingne). They develop a strong friendship as children, sharing many adventures, led by Margo's constant sense of wonder and discovery, which inspires Q in many ways. Things shift when the two become teenagers as Margo drifts into the popular group of high school (but never loses her rebellious spirit) and Q dissipates his sense of taking risks and dives into academics. He also hangs out the "nerd" crowd, which consist of his pals Ben (Austin Abrams) and Radar (Justice Smith). Margo and Q spend many years of zero communication until one magical night, when Margo appears in Q's bedroom to request his assistance in seeking revenge for the betrayal of her so-called friends. After sharing a crazy night together, he finds out that she has run away from her home, school and all of her friends. Yet after finding a series of clues she has possibly left for him, he and his friends soon take on a life changing road trip in a search for his missing love. 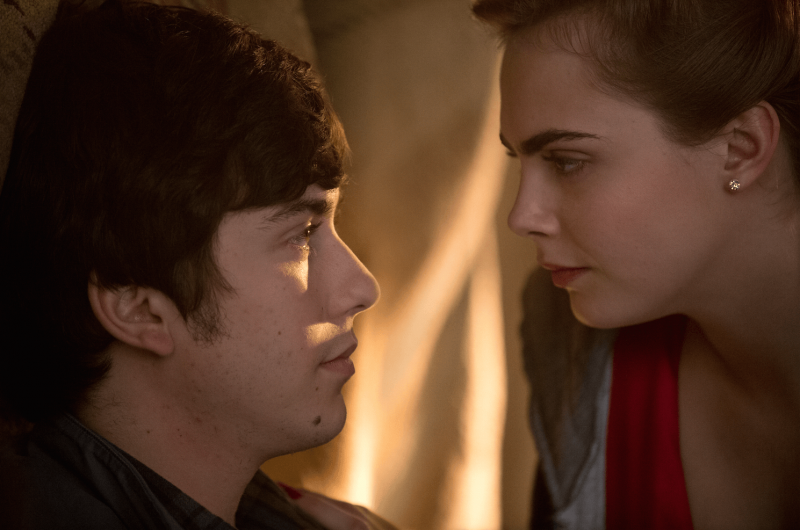 The movie has plenty to offer moviegoers, crossing multiple genres by being part drama, part romance, and part mystery. There is a road trip portion, which helps the story open up beyond the confined halls of a high school setting. Director Jake Schreier (Robot & Frank) and writers Scott Neustadter and Michael H. Weber (who have mastered young romance with their expert scripts for (500) Days of Summer, The Spectacular Now, and The Fault in Our Stars) infuse the movie with a joyous energy that is reminiscent of a John Hughes film. They flesh out characters that subvert their stereotypical categorizations and allow them to be complex and likable individuals. The thematic narrative about the perceptions we place on people is an interesting one. Schreier, Neustadter, and Weber layout this theme in a delicate manner that feels honest without being heavy-handed. Even as they play with the stereotypes of high school, they adhere to some common teenage story elements (there are scenes involving a house party and a prom).

What is appealing about the movie is that the focus is as much about the friendship Q has with his pals as it is with his determined search for Margo. There are aspects of the narrative that are underdeveloped, like the character of Margo, who is supposed to be a mysterious figure, but a little more background would have helped to flesh her out more. There is a romanticism to Q's attraction and search for Margo, but thanks to Schreier and company's efforts, the movie maintains a grounded and truthful tone. 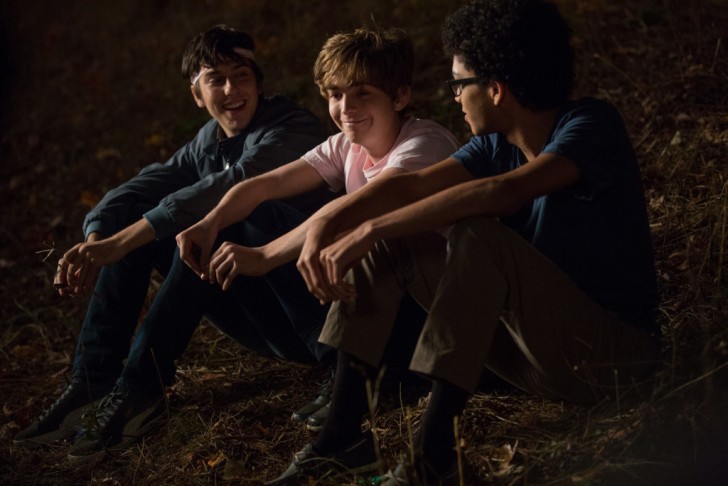 One of the strongest elements of the movie is the talented cast that is assembled to bring these characters to life. Nat Wolff is an up-and-coming actor who has been building an impressive resume of memorable work in movies like Palo Alto and The Fault in Our Stars. Here he does his strongest work to-date by bringing an affecting quality to Q and unafraid in conveying his character's vulnerable flaws. Cara Delevingne is captivating in a breakthrough performance that captures Margo's wild energy and honest charms, but also her frustration with the perceptions placed upon her by men. Delevingne has limited time on-screen, but her enigmatic quality leaves an indelible mark. Her chemistry with Wolff is effective and believable in the finite scenes they share, which is captured in the intoxicating night that propels the story. Delevingne and Wolff bring heartfelt emotion and a natural quality to their performances. As Q's friends Ben and Radar, Austin Abrams and Justice Smith are memorable in their work. They offer the movie some of its funniest moments, but also some of its most authentic, which is a testament to their talents. There are strong performances by Halston Sage as Lacey and Jaz Sinclair as Angela. Both actresses bring a dynamic quality to their role that transcend their seemingly simplistic presentations. These group of actors provide a wonderful and likable ease that make sharing their company an enjoyable one. 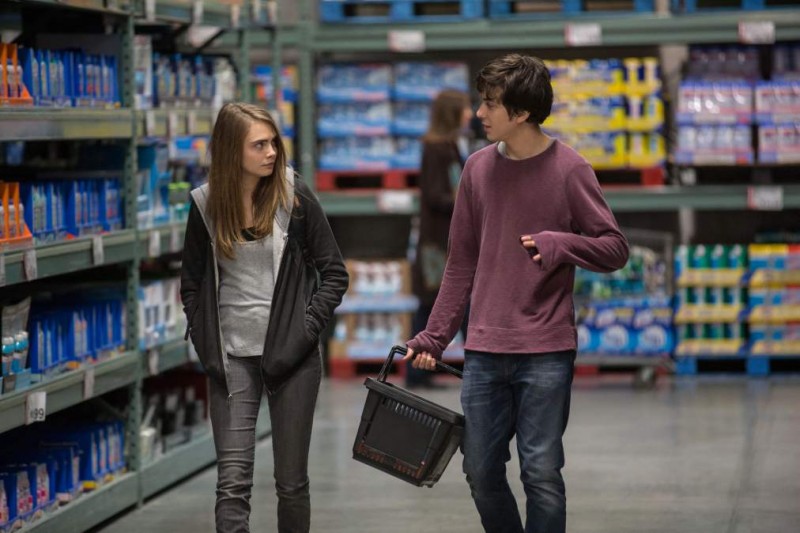 The movie is far from the most original in its coming-of-age story, but these are characters that resonate in their search for identity. Schreier, Neustadter, and Weber tell a familiar story, but imbue the movie with heart, humor, and touching gravity. They provide enough off-kilter elements to make the movie an above average example of the high school teenage movie. Paper Towns does not quite transcend the genre, but it provides two hours of entertainment with people that are relatable in their highs and lows of love, all backed by a propelling and catchy soundtrack. The meaning behind the title is a clever one and exemplifies that this is a story that offers more than meets the eye. Take a road trip with these characters and enjoy the lessons learned.
Rating
8.0
Pros