By: Steven Chaitman | Movie News | August 7, 2012
After playing a dictator who despises human rights earlier this summer, Sacha Baron Cohen could be diving into the world of spy parody for his next film. Paramount, who has a first-look deal with the comic actor, has just bought a "James Bond" spoof pitch from Cohen and writer Phil Johnston (Cedar Rapids).

According to multiple outlets, the film centers on a spy who "is forced to go on the run with his long-lost brother, a moronic soccer hooligan." It's uncertain whether Cohen will take a role in the film, which will depend on his availability. Here's to him playing the "moronic (football) hooligan" (as soccer hooligans are kind of an oxymoron). 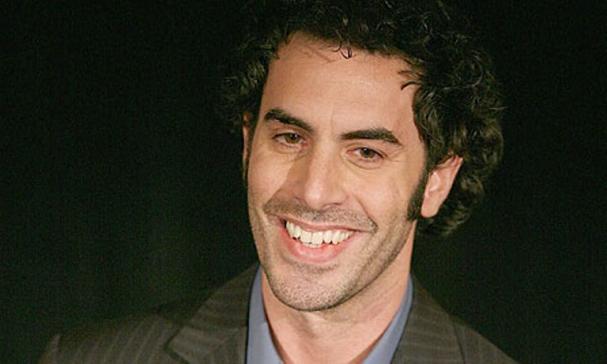 Paramount would likely want the somewhat box-office dependable star to take part; The Dictator earned $59.6 million in the U.S., about the same as his previous R-rated effort, Bruno, but The Dictator made more overseas. A spy film would certainly increase his global appeal.

Johnston makes for an interesting pairing as his sensibilities have leaned toward the indie scene. Cedar Rapids is a hysterical little film and he also co-wrote Alexander Payne's next film, Nebraska. He does, however, have a credit on Disney's forthcoming Wreck-It Ralph.