By: Steven Chaitman | Movie News | March 14, 2012
With Brad Pitt starring and Marc Forster directing, World War Z looked like one of the more interesting blockbusters on the slate for this upcoming Holiday season. But the adaptation of Max Brooks' novel will have to wait, as Paramount has pushed the film from the thick of the Christmas season on Dec. 21 to exactly six months later on June 21, 2013.

Whether this move speaks to how confident or not confident Paramount feels about World War Z is too soon to tell. It would appear that the studio's execs would prefer to sell it as a summer popcorn flick, and they might be right. That said, the new date pairs it up with Disney's Monsters Inc. sequel Monsters University, which would guarantee it a second-place opening at best. Considering we've seen nothing from the film other than some paparazzi shots courtesy Pitt's tabloid appeal, the general public won't know what they missed come December anyway. 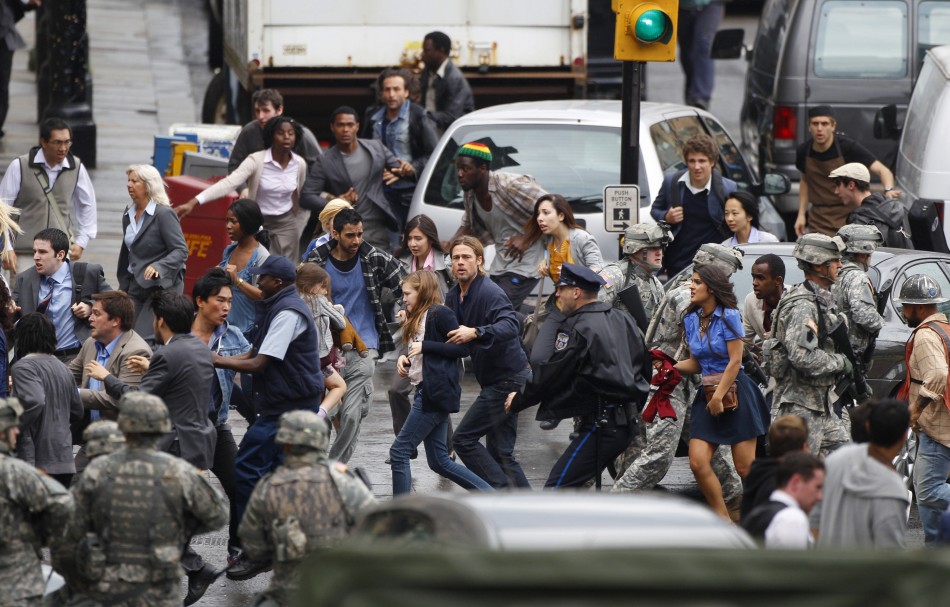 Ain't It Cool News broke word of the move, which came paired with the announcement that Paramount will release Tom Cruise vehicle One Shot in the zombie film's place. Directed by The Usual Suspects writer Christopher McQuarrie, the film is based on the ninth book in Lee Child's "Jack Reacher" series.

Given the success of Mission: Impossible - Ghost Protocol, it looks like Paramount has rediscovered some faith in Cruise. One Shot was initially set for February 8, 2013, so the change could simply be that Paramount feels it won't make any less money going up against December heavyweights The Hobbit: An Unexpected Journey, Kathryn Bigelow's Osama Bin Laden movie Zero Dark Thirty and Quentin Tarantino's Django Unchained. I'm not so sure about that, but give that list of films, World War Z should benefit from some breathing space.

Also out in June 2013 are M. Night Shyamalan's After Earth (Jun. 7) starring Will and Jaden Smith, the much-anticipated Superman reboot Man of Steel (Jun. 14) and Universal's R.I.P.D (Jun. 28). I could even see Universal getting cold feet at the notion of a Pitt movie coming out just a week before R.I.P.D. They could move it to a much less congested August or even in the fall considering the studio already has Fast & Furious 6, Despicable Me 2 and another Cruise film, Oblivion, coming out in the other peak summer months.

Paramount has also set a Christmas Day 2013 date for its live-action reboot of Teenage Mutant Ninja Turtles from Wrath of the Titans director Jonathan Liebesman.