By: Kieran Freemantle | TV Reviews | August 29, 2016
Sometimes the expectations from anime is that it can tell stories involving grand sci-fi and involving cyberpunk technology, giant robots and mecha suits. We now finally get a chance to review a plot like this with the second season of Patlabor Mobile Police, also known as Patlabor: The New Files - a show that was a product of its time. Set at the turn of the 21st Century robotic mecha suits known as Labors have been created for industrial use - but can also be used with criminal intent. As a response, the Tokyo Metropolitan police create the Patlabor task force, mecha suits designed for law enforcement. The 'New Files' series itself is split into two parts, the first four episodes are set on New Year's Eve in 1999 where people from SHAFT Enterprises awaken the Griffin Labor, also known as the Black Labor, a powerful machine piloted by a cocky young kid. The rest of the episodes are standalone, more comedic affairs, ranging from the main character Noa Izumi having a tooth ache, to some members of the unit secretly caring for a kitten and the male members of the unit having to find suspects hiding in a bathhouse. 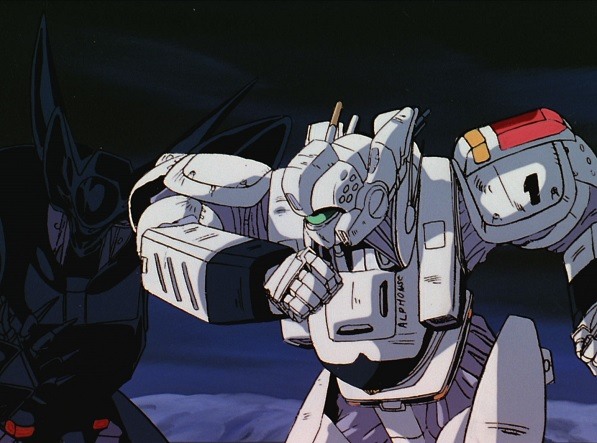 The first four episodes were intended to be the series finale and were originally released side-by-side with the stand-alone episode in Japan, but the DVD release in the UK (based on the US version) showed the four episode arc along with the OVA. However the DVD release screws up the timeline presented in the series. The first four episodes were the best part of the series, the material was treated straight and the animation better, giving people what they want: giant robot battles! Guillermo del Toro said that the Patlabor was an influence on Pacific Rim and it was easy to how see touches from the show make it into the movie with the fight choreology for instance and small touches like the Black Labor coming out of the sea with the water dripping off the mechas. The first four episodes are made for fans of the show, tying up relationships and plotpoints, particularly the relationship between Noa and her rival piloting the Black Labor and Sgt. Kumagami who had a love affair with the villain Richard Wong. While fans are the ones who would get the most out these moments, newcomers like me can follow the basics and these episodes are the most satisfying because of its action and character development. 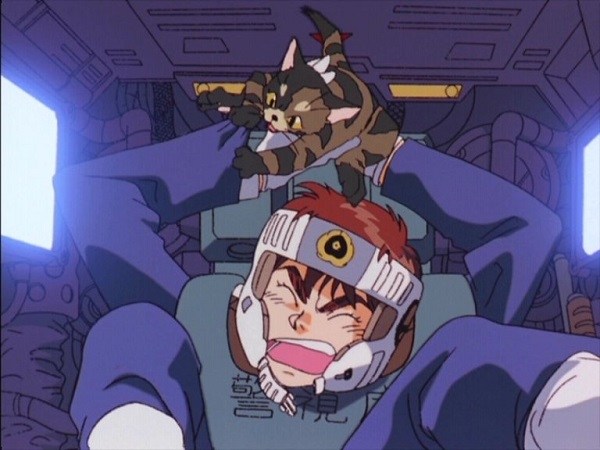 It was a big disappointment that after the first four episodes all the ones that followed were light-hearted, standalone affairs that have no connection to each other. After setting up the show as a big action series the rest of the show lowered the action quota, most of the robot fighting that does appears is quick and one-sided. The most action packed episode was "The Woman Who Came from the Stars" which was a parody of Ultraman and completely different from the rest of the series - it was set in a dream so it was an excuse to have giant space and aerial battles. Other episodes pay homage to some famous sci-fi movies. "It's Called Amnesia" was made a neo-noir mystery where one of the members of Division 2 loses his memory and travels around Tokyo thinking he committed murder. This episode borrows visual cues from Blade Runner, like Ota's leather jacket and the touring of the rainy dark backstreets of Tokyo. "The Dungeon Again" episode where the members of Division 2 venture into the sewers armed with shotguns to fight mutant albino alligators. This episode had some scenes which pays homage to the action classic Aliens. 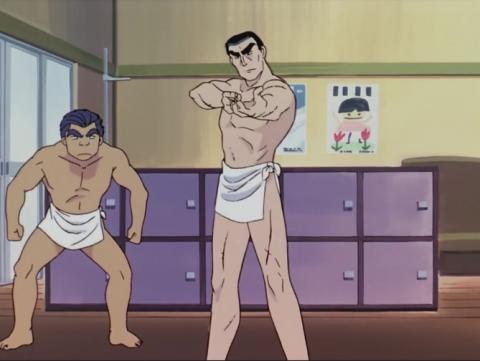 Although most of these episodes are comedic in nature a couple were more serious. The episode "Snow Rondo" was a romance mystery where a younger member of Division 2 – Asuma - meets a woman at a school union and he is unsure if she is real. It is the most beautifully animated episode with its use of whites and reds. The final episode "All Quiet from the SV2" had an emotional reveal. A major problem with the remaining 12 episodes in the series was that some episodes were inconsequential. The worst offender was "Our Karuizawa", where two characters spend the night in hotels - it could have been cut and it wouldn't have affected the rest of the show. At least the other filler episodes like "VS" and "The Day Goma Came in from the Rain" had small moments of character development and interactions. 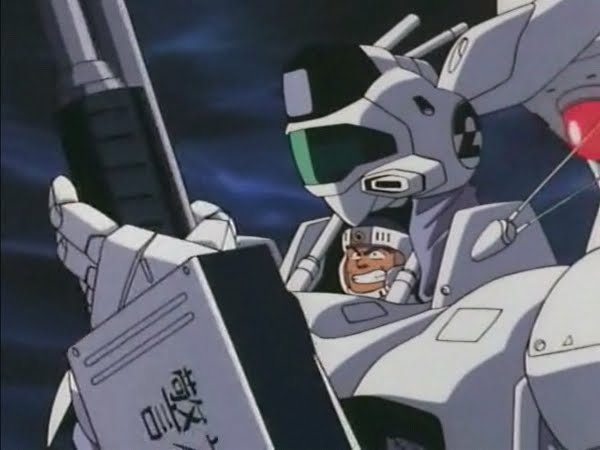 A trait in a lot of anime series is sex, often revolving around men's perverted behavior and sex drive or a woman's embarrassment. Patlabor: The New Files is the first series I have reviewed where I wasn't bombarded with sex - instead the show concentrated the sex humor to two episodes, "Black Trinary" and "The Seven Days of Fire". "Black Trinary" is the episode where the men of Division 2 have to go into bath house to find a terrorist and gives up some naked wrestling. "The Seven Days of Fire" focuses on the technicians who end up in a gang war after all their pornography is publicly burned by their jackbooted leaders. Patlabor was originally released in the late 80s and early 90s in Japan and the series reflects the art and sound styles of the that era. The character designs are similar to other anime series from the period and the soundtrack had plenty of synthesizers and guitar riffs. Patlabor: The New Files has a strong opening arc set on the eve of the new millennium, being an action packed beginning. Even the weaker OVA episodes still have likeable characters and for better or worse are very eclectic. It's disappointing that there isn't as much action as was first promised.
Rating
7.0
Pros