"Can this girl rap and will it help her to escape her world?"
By: Russ Matthews | Movie Reviews | September 10, 2017
It is not hard to have an opinion about rap music. Regardless if people are fans of West Coast or East Coast scenes or could care less about this art form, it is here to stay. Rap beatboxed its way into the modern cinematic world on soundtracks and it has even been the centrepiece of the drama as seen in everything from 8 Mile to Straight Outta Compton. It has been a generational anthem and been representative of a specific demographic of society, but rarely has a heavy-set Caucasian woman been the focal point of this type of drama. Patti Cake$ seems to epitomize everything that rap music has come to represent, the fight of the downtrodden to make it out of the ghetto and forcing their way onto the world stage with their bombastic words and hard-hitting music. 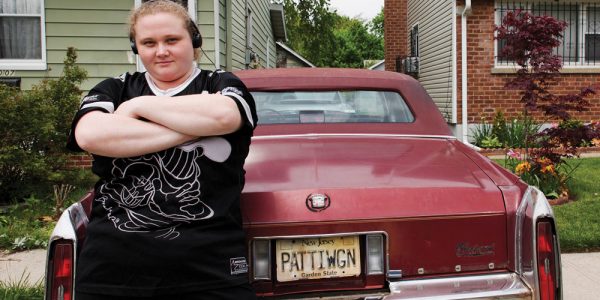 Patricia Dombrowski AKA Patti Cake$ or Killer P (Danielle Macdonald), has lived the life that is representative of many rap songs. As she cares for her sick grandmother and single mother in one of the rougher neighborhoods of New Jersey, her dream is to escape the realities of her life. Besides working as a bartender in the local bar where dreams go to die, her hopes and thoughts revolve around rap music. With the help of her best friend and hype man, Jheri (Siddharth Dhananjay), they look for opportunities in the local rap scene for the off-chance they will find their big break. 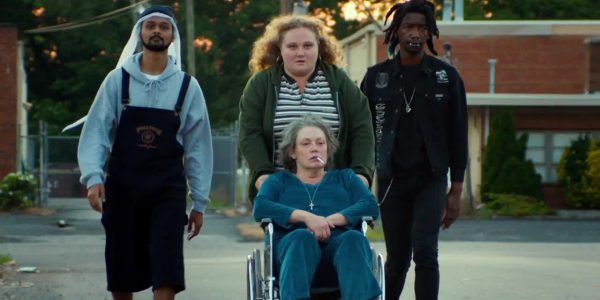 To truly appreciate this film does not require a love for rap, but an understanding of the raw energy it takes to break free from life foregone conclusions. Patti Cake$ paints a bleak vision of life in New Jersey and that all things seem to be working against the central character ability to rise above this dreamless existence. Despite this unfiltered and raw depiction of Patti's experience, writer/director Geremy Jasper (Outlaws) manages to shed a ray of hope into the life this world of despair. The music provides the vehicle Patti and her friends jump in to drive out of this community and it is these relationships that become the fuel that keep the engine running. The connection between Patti, Jheri and Bastard make for an unassuming glimmer of promise for the film. Australian actress Danielle MacDonald manages to carry the movie on her shoulders. This relatively unknown actress portrays the moodiness and anger needed to deliver the fiery lyrics that drive her love of rap. She successfully delivers a full range of emotions that take the audience through this personal journey. She shows that despite the challenges in life, she stays true to herself and keeps the faith that helps her to rise above her circumstances. 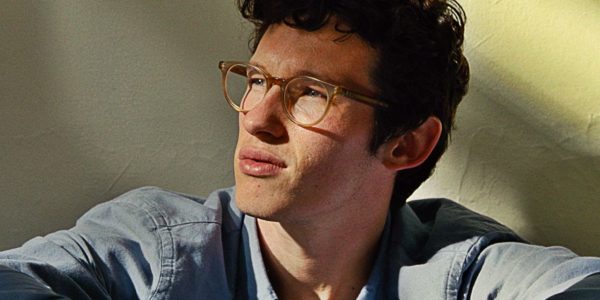 Patti Cake$ is planted deep within a viciously abrasive world and it will be difficult for some audiences to hear and see. From the moment she wakes up in the hopelessness of her family life to the nature of the streets, this movie is for the fan of the indie film that shows the realities of life without softening the blow. The language and lifestyles will cause many to pause on choosing this for their entertainment option, but it does have something to offer the cinematic and music world. Despite its rough exterior and verbal body blows, it does provide something for people with discerning taste and even a love for rap music.
Rating
7.0
Pros