The Penny Arcade Expo takes place twice yearly, in Seattle (PAX Prime) and Boston (PAX East). It's a celebration of all things nerdy; video games are predominant, but PAX also caters to tabletop gamets, roleplayers, fans of the Penny Arcade webcomic and nerdcore music aficionados. In the words of Jerry "Tycho" Holkins, one of the founders of Penny Arcade, it's the convention that he and his creative partner Mike "Gabe" Krahulik always wanted to go to.  I was able to get hands-on with a couple of games over at PAX this weekend. One of those was Mass Effect 3.

The first thing that I noticed was how quick and snappy the combat has become; Bioware has refined the approach that they implemented with Mass Effect 2 to make the last game in the trilogy even more action-packed and exciting to play. Shepard feels more maneuverable now, with the ability to dive for cover. This makes it feel as though you're actually controlling somebody as athletic as Shepard, a space marine, should be. This advancement is compounded by changes to your melee attacks; Shepard now unleashes a combo instead of the same shoulder-thumping movement every time you hit B.  Furthermore, Bioware has been making a big fuss about Shepard's new 'Omniblade'-a sword-like weapon which folds out from Shepard's forearm, where his omni-tool was in the previous games. Using the Omniblade is very satisfying and makes melee kills much more of a feasible option-I can see players setting themselves the challenge of completing the game by only using the Omniblade and no guns. 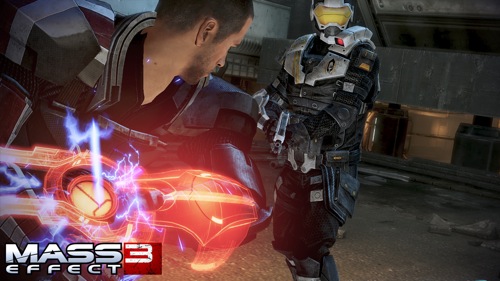 These enhancements to Shepard have been matched by improved enemy AI.  I noticed enemy squads coordinating themselves better than in the previous installments. Enemies would draw my fire and then drop into cover so that one of their teammates could attack me, or advance behind a Cerberus soldier carrying a large shield (which had to be knocked aside with a skill like Concussion Shot before he could be damaged). The only enemy that displayed less than impressive AI was the Atlas walking suit; a large mech piloted by a Cerberus soldier. The Atlas responded to the threat posed by Shepard and his squad by lumbering slowly towards us, firing occasionally, and it seemed incapable of turning quickly to face me when I moved behind it and started shooting it in the back. I destroyed it with very little trouble, which made the fight feel a bit anticlimactic, especially since the rest of the mission maintained a very exciting and relentless feel by throwing waves of enemies at me and, at various points, making me defend an isolation pod that could be damaged by the Cerberus troops. I would like to see the Atlas enemies adjusted in the final game to provide more of a challenge, as the Ymir mechs did in Mass Effect 2. 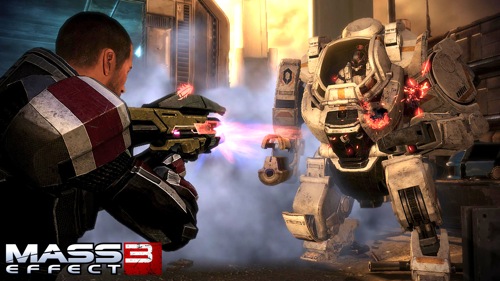 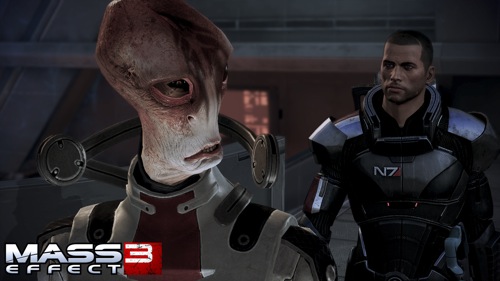 There were a number of workbenches scattered around the level that allowed me to modify and tweak guns by adding different components to them. It sounds a lot like the system that was present in the first game, but each weapon has more statistics that can be altered by different components. Bioware has also altered the way your characters develop by providing each skill on your 'Squad' screen with a branching skill tree, so that you can go into much more detail when choosing how to spend the earned skill points once you level up.

Mass Effect 3 seems as though it will retain the fast and exciting combat of the second game in the series ,while also bringing back some of the best RPG elements from the first game. Bioware havs definitely listened to what the fans thought of Mass Effect 2, and have tried to satisfy as many people as possible with the changes that they have made. Having had some hands-on experience with the game... that March 6th release date cannot come soon enough.