Payday 2 Crossover DLC with Hotline Miami On the Way

"Overkill, developers of Payday 2, have announced they're working on a piece of Hotline Miami themed DLC for the game"
By: Euan Dewar | PC News - PS3 News - Xbox 360 News | September 12, 2014
Christ that's a cool poster.
Hey, calling all you violent sociopaths out there in video game land! Overkill software, developers of the wildly popular heist 'em up Payday 2, have announced they're doing a special Hotline Miami themed piece of DLC for the game. It is coming on September 30th and they even put out this appropriately disturbing live-action trailer for it! Neat!

Aside from at least confirming that it will contain a new heist they're being very coy about the details of the expansion right now. One would hope given the potential that this is more than just a regular Payday 2 level with some things changed to look a bit more like Hotline Miami. So what do we do when a developer refuses to specify? We fill in the blanks ourselves with the shit we wanna see of course! On a very basic level, there's are obvious similarities to be drawn between the two series'. I mean, both are broadly about people in sometimes creepy/sometimes hilarious masks going into buildings and doing really quite nasty things.
Go any deeper than that though and you quickly realise they're both incredibly different types of games. Payday requires a lot of patience, planning and co-operation. While it certainly can get hectic when the action ramps up, even in it's wildest moments it never comes remotely close to being as fucked frenetic as Hotline. That series has made it's name by being a precision-focused and fast-paced affair. That's not to say it doesn't reward smart play in a similar fashion though. You'll certainly fare a lot better if you stop and suss out how you're going to take on a room before you enter it. Otherwise you risk getting a lot of blood on that charming horse mask of yours.
Gameplay wise I'm expecting (or at least hoping) that the contents are a tad faster paced than vanilla Payday. I'm not expecting it to suddenly adapt to the blistering pace of the Hotline games, but something that really books along would be fitting for this crossover. Maybe they'll simplify the objectives a little, put more of a focus on the violent murder than they have before. Maybe even include some of that trademark vicious Hotline weaponry. The trailer certainly nods towards the inclusion of a baseball bat, how mental would it be if they gave you throwing knives or something like that?
Aesthetically, it's a bit more obvious the direction this DLC will go in. Hotline Miami has such a strong and recognizable visual style that they'd have to be out of their goddamn minds to not at least try approximating it, or at least as close as they can get within the confines of the Payday engine. Neon! Baseball Jackets! Gruesome shit! And oh of course the masks. If this DLC doesn't include some absurd number of masks someone somewhere really fucked up.
Oh and the music. Not gonna go into any more detail on this than I need to. Overkill are smart, they have ears and they presumably know what this DLC needs. And what this DLC needs is the goddamn Hotline Miami music.
[caption id="attachment_58924" align="aligncenter" width="600"] 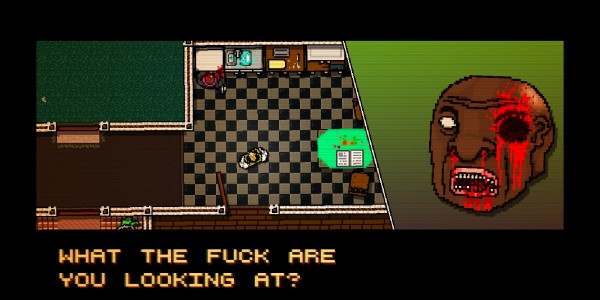 Indeed![/caption]
To be frank, even if this does end up being a basic Hotline-themed palette swap within the same ol' same ol' Payday framework I'm still pretty psyched. I'm a big Hotline fanboy and the visual (and audio!) design of that game is so sharp that laying it on top of an already solid foundation is still a cool prospect. Lets hope they see the potential here though and come out with something really special.
Are you as down with this crossover as I am? Got any cool potential crossover ideas of your own that you'd like to see? Be sure to throw 'em down in the comments.
Oh and here's that poster again, full size this time. Hot damn. 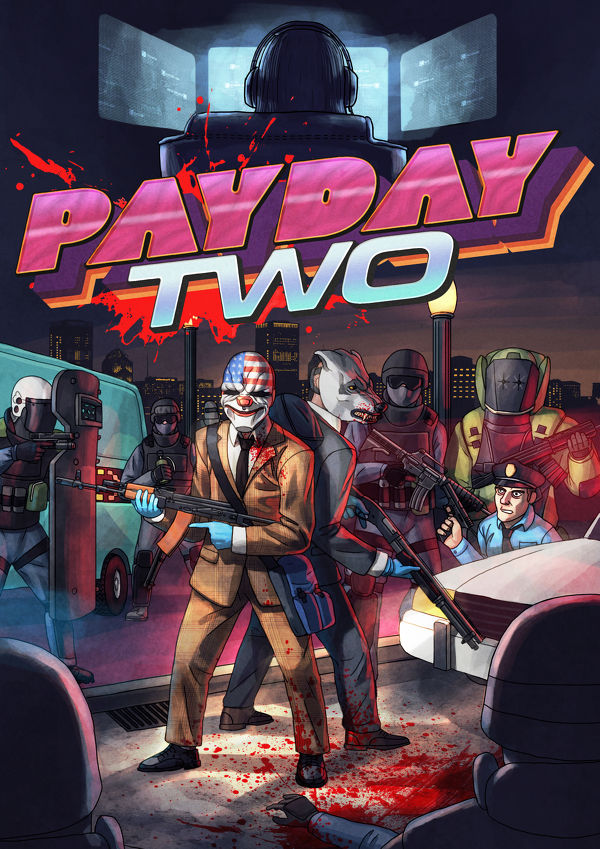