2010 was a great year for the PC gamer to be sure, but as always in the gaming industry, the future looks brighter with every new announcement. 2011 may be a bit lean on PC exclusives, but there sure are games to be preferably played on a keyboard and mouse. The games on this list have both the potential to be great or disappointing, but I can't wait to see how they turn out.

Crysis 2 is the latest graphics benchmark- I mean game- from the vaunted German developer Crytek. Crysis 2 is Crytek's first direct sequel, and it's looking to live up to the high standards of the first Crysis. Crysis was the best looking game of 2007 and beyond, and Crysis 2 certainly looks like it can pull off that feat in 2011. It has gorgeous textures, lighting, and facial animation. Oh, and the explosions look great, too. The gameplay is going to be an evolution of the first Crysis' jungle firefights, with more verticality to the levels, customizable nanosuits, and improved enemy AI. The environment also plays a larger role in combat, with cars to kick and plenty of flanking opportunities. In terms of story, Crysis 2 follows a new nanosuit-clad soldier who fights aliens invading New York City, as well as Crynet soldiers trying to get his nanosuit. There hasn't been much more than that information released on the story, but the action looks like it'll be fun regardless of the story. I'm a bit hesitant about how there hasn't been any PC gameplay shown yet, and the fact that it's coming on consoles as well, but I'm hoping that the platform shift does not hurt the core gameplay.

So yeah, Mass Effect 3 was just announced, there's next to no information on it, and it's pulling a Left 4 Dead 2 with it's release date. The possibilities of this story set up get me so excited though, and the little amount of information I do know about Mass Effect 3 has me holding my breath for more already. With all the innovations that Mass Effect 2 brought to story and consequences, I can already imagine the factors that affect Earth's fate.

What if the Rachni from Mass Effect helped you if you kept them alive, or the Collector base could give the Normandy new technology if you didn't destroy it, and Wrex would bring the entire Krogan species to help you if he was alive? Imagine the suicide mission from Mass Effect 2 on a huge scale, say the entire rescue of Earth? What if space combat was introduced, as the Reapers are all over the galaxy, and flying vehicle combat was in Lair of the Shadow Broker.

It's all of these possibilities that are introduced with just two sentences of information that have me jumping up and down, waiting for Mass Effect 3. 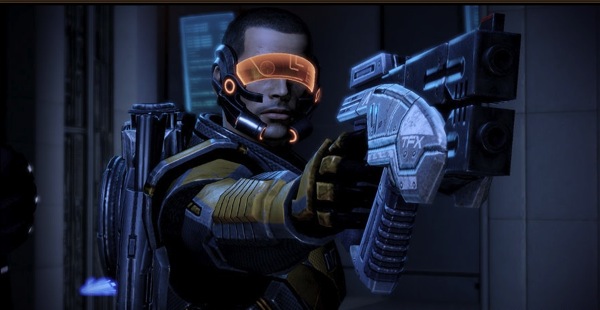 After the financial woes of Square Enix, it's very possible that we won't see Deus Ex: HR in 2011, but I sincerely hope that it does release in 2011. All of the released footage, from the excellent CGI trailers to the leaked 26 minutes of gameplay, shows a high level of production value, polish, and playability that the first Deus Ex lacked. While I'm not a fan of Deus Ex, I am still very intrigued by the concept of a first person shooter/ role playing game set in a near future cyberpunk world, where all of your choices have consequences and there are a large amount of ways to solve any given scenario (stealth, dialogue, combat). It's quite a mouthful, but that's exactly what Deus Ex was, except that the graphics, combat, voice acting, story, and music were all sub par. Just from that first trailer, though, you can already tell that the music, graphics, voice acting, and story will be far better than Deus Ex. All Deus Ex: Human Revolution has to do to sell me at this point is make the combat better, and keep the level of variation from the first Deus Ex intact. It's the idea of a well-executed Deus Ex that makes me very excited about this game.

So those are my most anticipated games for next year. I hope that you at least check them out in the future if they look appealing by the summaries I've written.

Read the final part of this series HERE.