The last two days we gave out advice on what to buy for the shooter fans in your life, as well as the horror buffs.  Today we’ll let you know what to buy for the artsy-smarty gamers who like independent games, by small developers.  A lot of gamers need cutting edge graphics, or mountains of content, but some of us can appreciate a game that is short, simple, and intelligent.  Best of all, these idies are digitally distributed, so they can make a great last minute gift.

1: The Humble Indie Bundle  Various Developers, Pay What You Want

This bundle includes five great indie games, including Machinarium and Braid.  You can pay literally whatever you want, so this makes a good cheap gift if you’re hard up for cash.  On the other hand, a portion of the money goes to charity, so you can add your charity budget to your gift buying budget and do some good for the world while you buy great games for your friends.  The Humble Indie Bundle plays on Mac, PC and Linux.

2: The Misadventures of PB Winterbottom The Odd Gentlemen $4.99

Winterbottom is a whimsical time-controlling adventure about a man who is out to steal pies.  You’ll use various powers to solve puzzles, and interact with duplicates of yourself on your quest to gobble up baked goods.  It might remind you of indie classic Braid, but Winterbottom is much more lighthearted.  Best of all, it started out as a student project, and went on to become a commercial product; that’s what idie games are all about.  It’s available for PC exclusively through Steam

The Ball is another great example of a small project making it big.  It started out an amateur mod for Unreal, but won a mod-making competition, then got picked up by a publisher and turned into a full game.  It got some mediocre reviews on other sites, but I quite enjoyed it.  It’s a FPS game, but you don’t actually shoot anything.  Rather you use a gun-shaped controller to manipulate a huge stone ball to solve puzzles, and squish mummies.  It runs on the Unreal engine, so it has fancier graphics than many of the other games on this list, and you can use it trick your Graphics Whore Shooter pals into playing a puzzle game.  It’s available at a variety of Digital Distributors.

VVVVVV was developed by one guy!  You can’t get more indie than that.  It's a brutally difficult, yet rewarding platformer that uses the idea of reversing gravity, rather than jumping to create cunning puzzles while challenging players’ hand-eye-coordination.  Our review gave it a perfect score, and it’s a must-buy for hardcore platform fans.  It can be bought from digital distributors, or directly through the developer’s website.

You can debate whether or not Telltale counts as indie, but there's no question that your friend doesn’t have Back to the Future yet, because it doesn't come out until three days before Christmas.  We can be pretty confident in recommending it even though it isn't out yet, because Telltale has a good track record for this sort of game, and the trailer just clobbered us with nostalgia and authenticity.  Plus if you pre-order you’ll get a copy of one of Telltale’s other games (Which you can keep for yourself, heh heh) and a portion of your sale will be donated to charity. 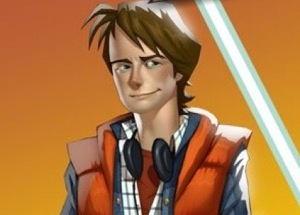 Don’t get me wrong here.  Minecraft is a great game, and definitely the Indie success story of the year.  And that’s why you shouldn’t buy this for your friends; your gamer friend already has Minecraft.  If your friend doesn’t have Mincraft yet, they probably don’t care about it.  Before you buy a Minecraft Gift Code for someone, make sure they aren’t already a proud owner. 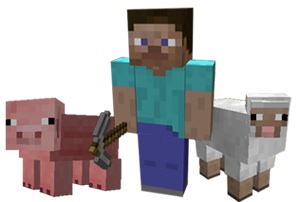 There were a lot of great indies this year, did we miss your favorite?  Tell in the comments below, and check out the next installment in our Gift Buyer's Guide, RPGs.