PC Shooters You Should Play Instead of Halo Reach: Part 4

Halo Reach comes out tomorrow, and all of my friends who own Xboxes are making plans to pick up their pre-orders tonight at midnight.  Gamers who prefer to play shooters on their PCs will be stuck at home with no new AAA game to occupy their time, but that’s just fine, because Player Affinity’s PC department is offering a daily recommendation of PC shooters to help distract you from those raucous midnight Halo launch parties.

Yesterday I suggested a mod for Half Life 2 that added a new set of maps and missions to the game.  Today I’m recommending another PC game with a massive mod community: Fallout 3.  Even without mods, Fallout 3 is a spectacular game, and something shooter fans should check out.  If you don’t already have a copy, it can be bought on the cheap.  Like one of my previous recommendations, S.T.A.L.K.E.R, Fallout 3 is a post-apocalyptic adventure that combines shooting with role-playing elements, and offers a sandbox-style mission structure.  It’s a product that can be enjoyed by many different kinds of gamers on any platform. 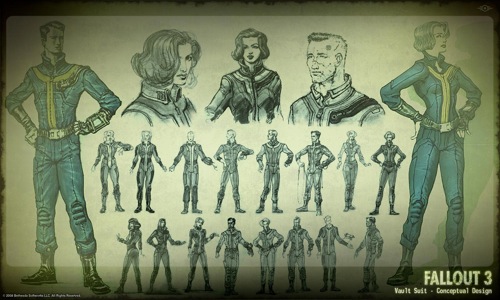 However, the PC version is indisputably the best version thanks to the army of fans who like to tinker, and the modding tools provided by the developer. Bethesda has been friendly to its fan base on previous games like the Oblivion franchise, and they’ve been just as kind to Fallout Modders.

There are a ton of mods for this game that add new missions and minor graphical changes, but what will really justify another 100 hours of playtime are a handful of mods that alter the core gameplay. Specifically:  Fallout Wanderers Edition, the Fall Out Overhaul Kit, and Mart’s Mutant Mod.

FWE and FOOK each add many tweaks to the fundamental gameplay that make the game more realistic, difficult and varied.  Mart’s Mutant Mod gives every monster in the game a unique appearance and adds some new species of creatures.  These three mods can all be stacked together and when you’ve done so, Fallout 3 feels like an entirely new experience.  Numerous players complained that Fallout 3 was too easy, even on the highest difficulty level, and the combination of these mods will turn the wasteland into a much less forgiving place.

Another benefit of these mods is that the gameplay becomes more akin to a traditional shooter, rather than a role-playing game.  You can still play the game using the V.A.T.S. targeting system, but the option of just blasting away in real time is more viable with this set of mods (They also add a much larger selection of guns to the game as well). 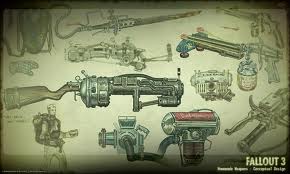 You’ll have to install a few other mods to your copy of Fallout in order to get these to work (Instructions provided in the links above).  It can be a bit intimidating but the end result is terrific, and really shows off the difference between the console version of game and the PC.  It will also keep you busy during the long months it will take for Halo Reach to get ported to PC.  For those of you who feel Fallout 3 was just fine without any game play fiddling, allow me to suggest you try “GNR More Where That Came From”, a mod which does nothing except add 100 songs to the in-game radio station GNR.

Click HERE for the final installment of PC Shooters You Should Play Instead of Halo Reach.