In a tweet, Peter Molyneux wrote “I have left the lovely amazing Microsoft and Lionhead. Now for something really amazing, scary and brave a new company called 22 Cans.”

This tweet was shortly after a statement he gave to Kotaku, in which he announced his plans, saying, “It is with mixed emotions that I made the decision to leave Microsoft and Lionhead Studios, the company the I co-founded in 1997, at the conclusion of development of Fable: The Journey.” 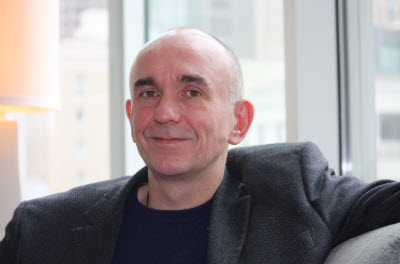 You may not have heard of Molyneux, but you will definitely know of his work. Back in his days of working at Bullfrog, he created such treasures as Magic Carpet and Theme Park and more recently the Fable trilogy, and Black & White 1 & 2. He co-founded Lionhead in 1997. He set up this studio after leaving Bullfrog, which he had founded 10 years earlier and sold to Electronic Arts in 1995.

Details of Molyneux’s successor at Microsoft, and the nature of his new company are yet to be told. A placeholder page at 22cans.com shares the vague recruitment message, "A great team with a great idea leads to a great success."