Last week Peter Molyneux announced that he was leaving Microsoft and Lionhead studios. But was his leaving really a grievance, or in fact a celebration? He left Microsoft Game Studios Europe, and Guildford, UK’s Lionhead Studios to pursue a career within new, indie company called  22 Cans. Whilst at Lionhead studios, he co-designed such memorable games as the Fable trilogy and the Black & White series.

A lot of people will miss him from his previous respective offices, not to mention his millions of fans worldwide, but who will be celebrating his departure and why?  Well, Peter Molyneux has a bit of a shady track record. For starters, when each Fable game was released, he promised many things that simply never happened. If you don’t believe it yourself, one of the most searched things on “Google” when typing “Peter Molyneux” is “Peter Molyneux Lies”. This is due to the fact that of most the games he’s designed and over-seen, they have taken forever to be released to the public, and have been full of empty promises. This, obviously, has annoyed his fans, losing their trust and support.

It seems that he wants to make games that let players do everything that simulates the core concepts of existence separated into good and evil. Problem with games like that is, it doesn’t work like that. “Black & White”,” Good & Evil”, it's too simple, it's too artificial. Make me a game called "Grey" and give me some real options, with unpredictable consequences, and I'll hop on board. 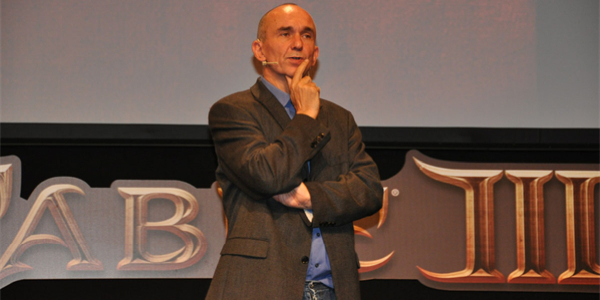 Molyneux has even admitted to lying to Journalists about in-game features. In his BAFTA acceptance award early last year, he stated “Sorry – I’ve slightly over-promised on things on occasion.  I could name at least 10 features in games that I’ve made up to stop journalists going to sleep and I really apologize to the team for that.”  So how can we trust that this new outfit, 22 Cans, will be any different to the trash we’ve been told from “lyin’head” studios? Well unfortunately, this means waiting to see what is revealed from the new, up and coming studio, and seeing if this is in fact, a turning point in his career.

However, it’s unfair to say that everything has been a disaster. Sure, he lied about Fable, and Black & White and ahem…Milo, but was anyone really complaining about Fable? It was one of my favorite games, and still is.  Ignoring the lies and deceptions, it still turned out an awesome RPG with interesting twists and turns in the story. What’s not to love?  I can’t wait to see what they do with Fable: The Journey, the final game from Lionhead being co-produced by Molyneux.

All in all, Peter Molyneux has lied about a lot of stuff, yes, but at 22 Cans hopefully this will change. I guess the only way forward here is to wait and see if his games live up (or not) to the promises.