It is hard to think that it was nine years and two console generations ago since Nintendo released a new installment of Pikmin. You’d think they would have more stake in the series With Wii re-releases, Captain Olimar in Super Smash Bros., a Nintendo Land attraction and Pikmin references in other games like Animal Crossing: New Leaf, but Pikmin was never a series that truly took off commercially despite being created by Shigeru Miyamoto. That’s why its weird that Nintendo would make the third installment a flagship title for the Wii U, a system that is currently lacking a killer app. Nevertheless, it is good to see Nintendo giving someone that’s not Mario a chance in the spotlight, and seeing Pikmin again after so long brings a sense of sentimentality.


However, one friend is not making the cut in Pikmin 3. Replacing series vet Captain Olimar are three new protagonists: The fearless Captain Charlie, the genius engineer Alph and the brave, though kinda selfish, botanist Britney. Unlike Olimar, who was just finding treasure in Pikmin 2, this trio is out for a more noble cause: to save their dying, overpopulated world with sustenance. After locating PNF-404, a planet with the potential of containing something edible, these three experts are sent to retrieve foodstuffs that may prevent the extinction of their populous.

The great part about having three playable characters is that the player can now focus on three sections of the map at one time, allowing much more progress within each (very short) 15-minute long day. Like in Pikmin 2 with Louie, players can switch between the characters and any time, but now you can now use the Gamepad to direct the other heroes while you control another. This is vital to learn since the game’s level design dictates that you multitask to complete certain tasks and to beat your main nemesis in the game, time.

Unlike the thirty-day time limit in the original Pikmin, Pikmin 3’s time limit is based on how much fruit juice you stockpile because not only is that the goal of the campaign, each day requires a ration of that juice to continue. Getting too involved with certain quests may inadvertently drain your supply and you’ll be unable to continue. Luckily, unlike the original Pikmin, messing up does not set you up for failure for the entire game since you can rollback and undo days of progress, or lack of. Even better, since the goal is about finding and stocking fruit as well as finish the story, Pikmin 3 could also be seen as a decent game to perform speed runs with. 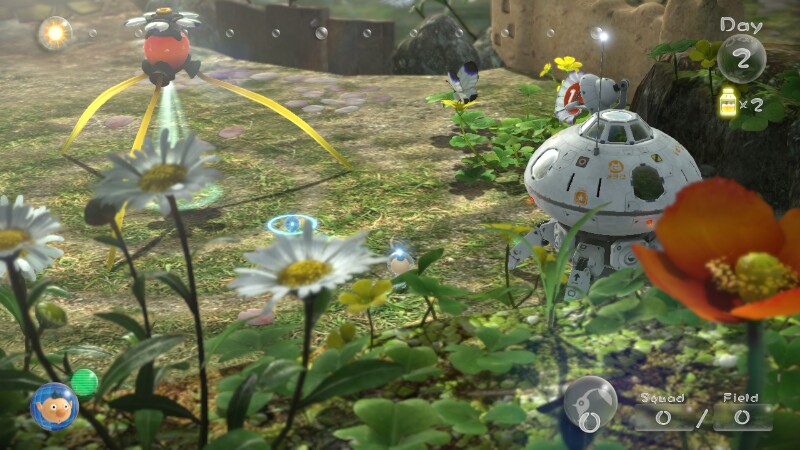 With Pikmin 3, we finally see what we have been missing when Nintendo decided to go low-tech with the Wii and that are beautiful, detailed visuals thanks to not just an amazing art style, but with good tech backing it up. Pikmin 3 really uses the Wii U’s power in great ways from the scale and scope of the tiny Pikmin army to the gorgeous detail in the characters and environments. The only graphical flaw I see are some flat looking textures for some of the grounds, which can be such a contrast in quality from the outstanding looking flora, fauna, water and other objects.

While the Red, Yellow and Blue Pikmin return to assist our heroes, Pikmin 3 introduces you to a duo of new Pikmin types: Rock Pikmin and Winged Pikmin. The bulky, gray Rock Pikmin can break crystal, glass as well as skulls when thrown, and are resistant to being crushed by some of the larger enemies’ feet. The tiny, pink and super useful Winged Pikmin can fly across hazards, water and other obstacles for quick deliveries, but are the weakest attackers in the game. Sadly the bulky Purple Pikmin and poisonous White Pikmin (my favorite) are not seen at all in the campaign, but are found in the other modes.

Pikmin 3 allows the use of the Gamepad, the Wii Remote/Nunchuk and the Pro Controller. If you decide against using the Gamepad, you’ll still need it by your side to utilize the screen for micromanagement and map functionalities. It is all preference on which controller you would like, but whichever option you choose will contain its pros and cons. The Wii Remote and Nunchuk alleviated much frustration with aiming, however I kept accidentally disbanding my army because moving the Nunchuk activates it. The Gamepad and Pro Controller give you better controller mapping and a lovely second stick for the camera, but they feel unplayable during important moments due to its terrible aiming. Pikmin 3 also supports Off-TV play simply by hitting the minus button at any time. Since the Gamepad is required regardless of control scheme, it’s weird that the Pro Controller option exists since the Gamepad itself is the Pro Controller’s layout with the necessary ingredient in the middle, but options are still options I guess. 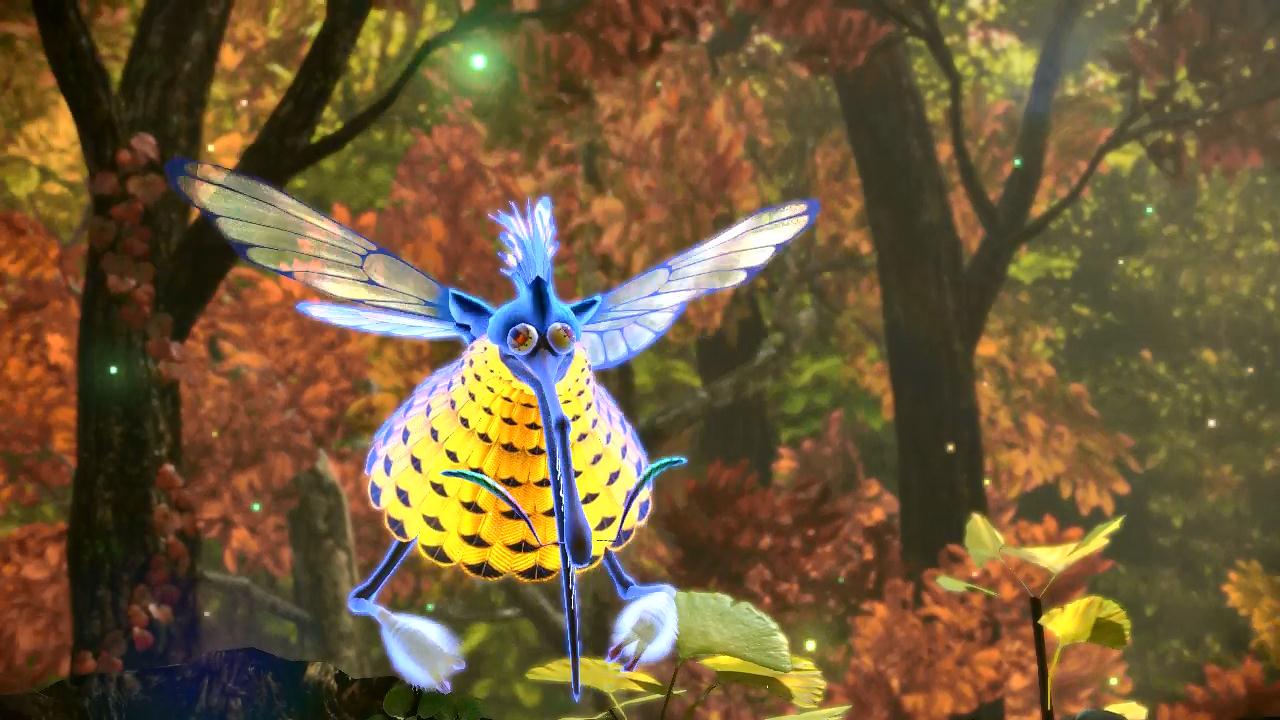 I have to admit I was not too excited about Pikmin 3 nor was I thrilled about its slow start, but I gotta say that I was completely hooked after a few in-game days, something Pikmin or the last game could not do. I loved my experience with the game thanks to the way Pikmin 3 had me hunt down fruit, battle exciting bosses and solve puzzles. Before I knew it, hours were flying by because I kept saying “I’ll play just one more day,” but I was so sucked in that it hit me extremely hard that the campaign abruptly ended. It only took me eight and a half hours to beat it, and a few more to 100% it. It is been a while that I have been as immersed so intensely in a game, and it was heartbreaking the game ended just when I thought I was getting started. Heck, I finally unlocked the Blue Pikmin and it is near the end!

In addition to the single player campaign, Pikmin 3 has two other modes to add to the package. First is a replayable, score-based mission mode that takes players, either alone or with a friend, across various maps and boss fights. The other mode is a competitive multiplayer mode called Bingo Battles, where players must collect a row or column of particular items and beat other players. Unfortunately neither of these fun modes can be played online, nor is there a traditional versus style multiplayer. This is truly unfortunate because if focused on, Pikmin with online play could have been a fun and unique approach to console gaming, something the Wii U could have handled. I’ll be even bold to say that Pikmin 3 with good online play could have been like a Starcraft to them, so it’s upsetting to know that this option was left behind.


Pikmin 3 is the best console RTS ever made thanks to its very different approach the genre and advancements in micromanagement from its predecessors, even though it lacks originality from its GameCube brethren. Mix in the high quality HD presentation, something Nintendo has never done before, and what we have is a delayed, but promising start for the Wii U. I just wish the experience was not so short because this is a game I could play for months, if not years, on end.