Pirates of the Caribbean: Dead Men Tell No Tales Review

The latest instalment of the (seemingly infinite) Pirates of the Caribbean franchise set sail this week, and it was a blast! Some weird last minute rebranding in Europe changed the title from the original (and American) title Dead Men Tell No Tales to Salazar’s Revenge. Not only did this switch go from a mysterious and enticing title to one which basically just describes the movie, but its clear from watching the film that it was made with Dead Men Tell No Tales in mind as the intended title.

The fourth film On Stranger Tides left behind some of the most beloved characters from the original trilogy and introduced a whole new secondary ensemble, and this was widely regarded as a mistake by audiences and critics. Salazar’s Revenge learned from this mistake, and returned us to the characters we know and love.

The story follows a young Henry Turner, son of Will and Elizabeth, on a quest to free his father from his duty to the Flying Dutchman. Relative newcomer Brenton Thwaites plays essentially a less charming Orlando Bloom. He’s probably the least compelling character in the film, probably because his earnest nature doesn’t allow for very much comedy unless it’s at his expense.

Henry’s unites with Captain Jack Sparrow, who, as always, has delightfully convoluted ulterior motives for helping. There was a fear that after so many years Jack might have become a cringe inducing caricature, but Depp brings him to life again with as much humour and energy as always.

Alongside the colourful crew of familiar faces, these two are joined by Carina Smyth, a woman of science on the run from the law. Skins’ Kaya Scodelario brings a delightful change in perspective to the film, convincingly playing a scientific mind faced with monsters and magic. There is, predictably, an awkward shoe-horned romance between the two young newcomers which falls painfully flat when compared with Will and Elizabeth’s epic love story. Scodelario does however bring a surprisingly nuanced depth to another relationship in the film (which I won’t spoil!). 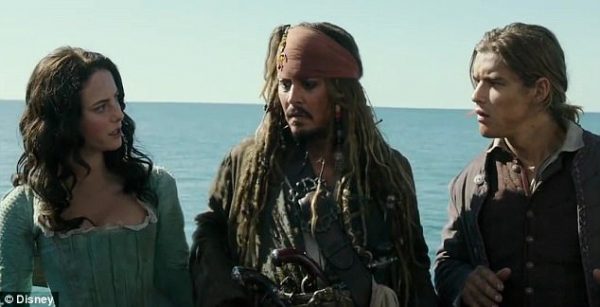 The plot structure very much mirrors those of the first two films (not the third — that plot was crazy!), but it doesn’t feel tired at all. Rather, the call-backs to the earlier films evoke a nostalgia which perhaps allows the audience to forgive some of the less strong sections of the movie.

Without a doubt the show-stealer is the phenomenal Javier Bardem as the sinister Captain Salazar. Think Skyfall on the high seas. His singleminded pursuit of Jack is as terrifying as it is compelling, and the backstory shown to us reveals not only his origins, but some of Jack’s own story too. 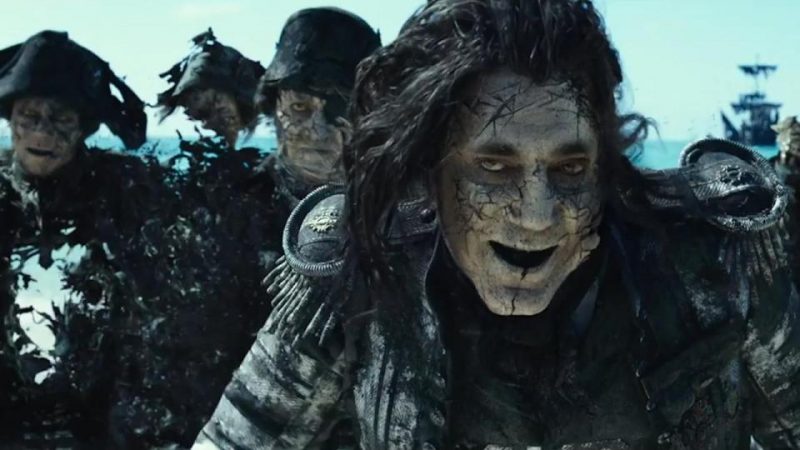 Geoffrey Rush’s Captain Barbossa is one of my favourite characters of the franchise, and he certainly doesn’t disappoint. David Wenham makes a decent, if forgettable, officer of the law, while Golshifteh Farahani makes an impact as the witch Shansa. There are a few other cameos I won’t spoil — some predictable, some emotional, and some truly truly bizarre. Think Keith Richards showing up in At World’s End.

This film marries the familiar with the innovative in a masterful way. All the things we loved about the franchise are back in full force, with enough new twists to keep the audience guessing. There’s a bank robbery scene at the beginning that will have you in stitches, and a few emotional moments towards the end that might even coax out a few tears, not to mention ghosts and skeleton-sharks and even a shotgun wedding!

If you loved the first three films but lost confidence after the fourth, I’d encourage you to give this one a shot. Though this was pretty heavily advertised as ‘the last adventure’, there’s a sneaky after-credit scene that possibly hints to the fact that there might be even more to come!

Pirates of the Caribbean: Dead Men Tell No Tales/Salazar’s Revenge is in cinemas now!