Plants vs. Zombies isn't a new game by any means. It's been out for over a year and has managed to make it's way onto virtually every platform with a screen. However it's late arrival to the Xbox Live Arcade brings with it a slew of new co-op and vs modes as well as the insanely addicting core gameplay that made PvZ so popular to begin with.

For those unfamiliar with Plants vs. Zombies, it's a tower defense style game based around a simple premise. Zombies are attacking your house from any angle they can and the only way you can defend yourself is by fortifying your yard with plants. It's goofy and cartoony but it's amazingly fun. Like most PopCap games you will sit down to play and then find yourself shocked at all the hours you have spent on it.

PopCap has fine tuned Plants vs. Zombies perfectly to fit the Xbox 360. It can be really tricky to take a game so dependent on the point and click of a mouse and adapt it to work well on a console controller. PopCap really did an amazing job because the game handles beautifully. The thumb stick glides your cursor around perfectly, while the top bumpers swap between plants. It's very simplistic, but it makes managing your plants very easy and enjoyable. 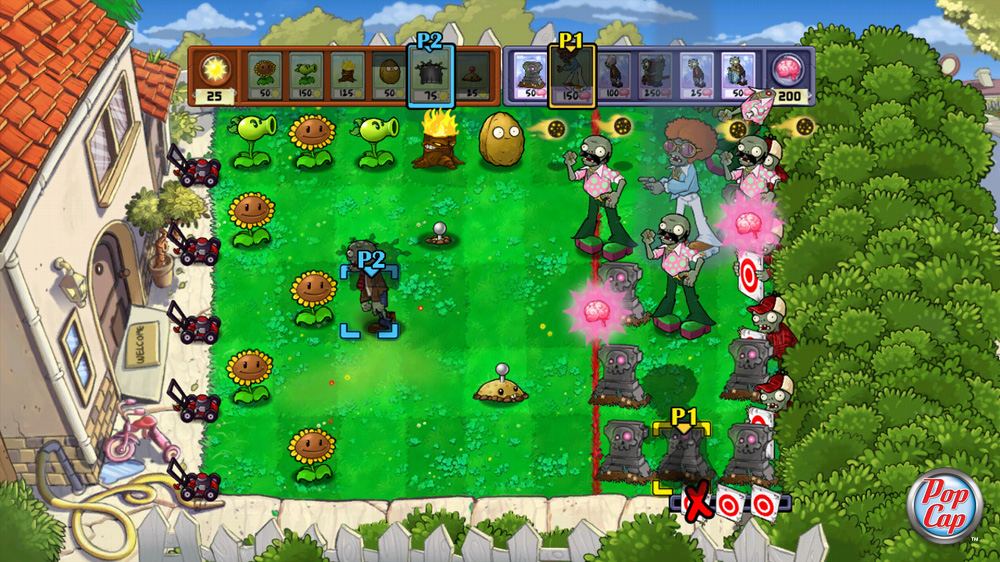 The main campaign is unchanged from previous releases. You pick a load out of different plants to combat waves of the undead in different situations and environments. Night and day, front yard and back yard-- They all effect which plants can be used and which zombies you will encounter. It's all about resource management and countering the different zombies. It's tower defense done right, but there are no curve balls to set this version apart from the ones released on other platforms.

In addition to the classic story mode and bonus mini games found in previous releases, Plants vs. Zombies on XBLA also has an exclusive new multiplayer experience. There is a co-op mode where you can locally join up with friends and take out waves of zombies. There is also a new vs mode where you and a friend can take control of opposing factions and go head to head. It's all a lot of fun and puts a new spin on the gameplay we have seen before. My biggest problem with the new modes is the lack of online multiplayer support. We live in an age where games are being digitally distributed and yet they don't always support online play when it comes to multiplayer. 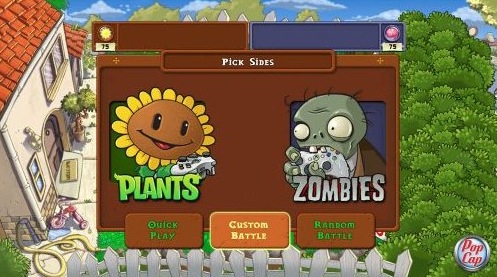 In closing, there isn't a lot new here for fans of the game. The story mode is exactly the same as previous releases so if you've survived the waves of zombies before there's nothing in the 360 version that will surprise you. However if this is your first experience with Plants vs. Zombies you can do a lot worse than this version of the game. The controls handle fantastically, the multiplayer is a nice little addition for Xbox 360 owners and overall you still get a great value for your buck.

You can snag Plants vs. Zombies now off Xbox Live for just 1200 Microsoft points. ($15)