Platinum Games Details The Wonderful 101 in Its Own Nintendo Direct

The twenty-minute Direct mainly focused on how the game plays. Kamiya introduced us to the Gerthjerk aliens you’ll be fighting, showed off how Unite Morphs work, what you can buy in the Wonder Mart, and how to score the best ranks in combat, which is just like Bayonetta’s ranking system. 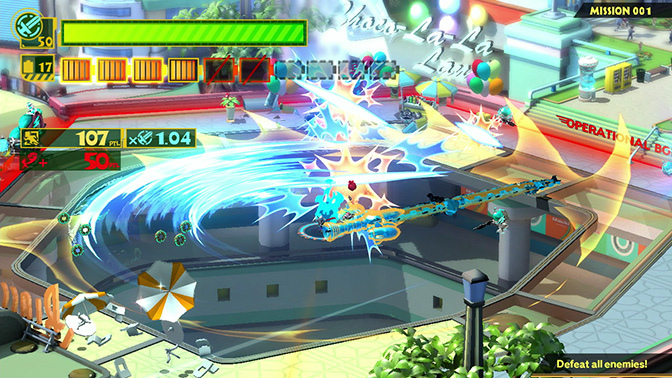 The game ended with a lengthy trailer showing off many of the characters of the game. For the first time, they focused on Wonder Yellow, White, and Black as well as Luka, the son of a deceased Wonderful 100 member who is also based off of Luka from Bayonetta. They also delved into the storyline, which seems much more interesting then what Nintendo or Platinum ever showed before.

After the Direct, Nintendo of Japan announced via Twitter that a demo for The Wonderful 101 released on the Japanese eShop. The demo will hit Europe later today and will eventually hit North America, though there is no ETA.

As stated in the Direct several times, The Wonderful 101 releases exclusively for the Wii U on September 15th. If you want to watch the Direct, here’s the video below.