"I have to have Surf AND Dive again..."
By: Edward Oliveira | Wii-U Reviews | December 4, 2014
Unlike many Pokémon fans, I wasn’t the biggest fan of Pokémon Ruby and Sapphire. In fact, I didn’t even play through all of it until Pokémon Emerald came out in 2005, and even then I didn’t really dig it (though I still managed to put 100 hours into it). After Pokémon Gold and Silver, which had a lengthy post-game and a day/night cycle that Ruby/Sapphire/Emerald skipped out on, I thought the GBA installments were downgrades. Now it’s Ruby and Sapphire’s turn in the remake cycle (after Red/Blue on GBA and Gold/Silver on DS) and we’ll see if time, among a ton of graphical and gameplay upgrades since 2005, give Pokémon Omega Ruby and Alpha Sapphire the upgrades it deserved back on the GBA. 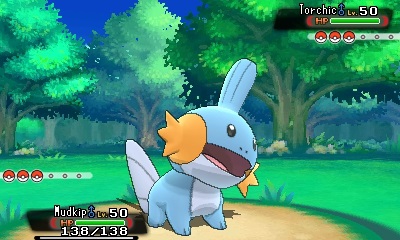 Pokémon Ruby and Sapphire took place in the land of Hoenn when you first move into Littleroot Town. After saving Professor Birch, you set out on your Pokémon adventure. If you played Pokémon before, the formula’s the same: Explore the region, catch and train Pokémon, conquer the eight gyms to go on to the Pokémon League, take out a local terrorist organization (which differs depending what version you’re playing) and learn about the area’s legendary Pokémon. Despite the similar structure, the games continues to be fun and well worth the price of admission with how long it’ll last you.
The main difference in Ruby and Sapphire was that the region had different ways to traverse with longer water routes with underwater exploration with moves like Dive (which sadly used up another move slot), and Omega and Alpha enhanced that difference by adding the skies with Soar. Soar allows you to free roam the skies of Hoenn on the back of Mega Latios and Latias in order to find anomalies and capture a ton of the legendary Pokémon from other regions. And may I say that now that the games in full polygonal 3D, it’s beautiful (and should replace Fly ASAP). 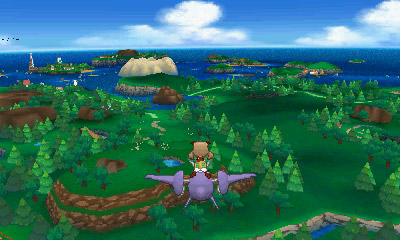 Obviously the biggest difference in Pokémon Omega Ruby and Alpha Sapphire from its GBA counterpart is the visuals. Using the Pokémon X/Y engine, Hoenn is in full 3D, full of color and life. One thing that changed from X/Y was that the trainer has no grid while walking outside so it feels more like a 3D game than ever. The layout of the region is pretty much unchanged otherwise and veterans of the GBA games will still know the area inside and out. Otherwise all the technical achievements, from the beautifully rendered Pokémon, to the technical opportunities, like the dip in framerate when using stereoscopic 3D, or the lack of it during most of the game, are the same from X/Y. 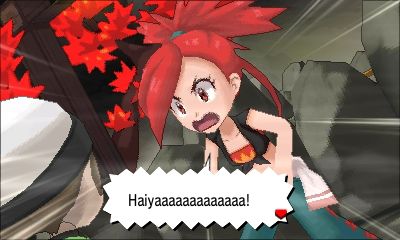 Returning to Omega and Alpha are the apps seen on the bottom screen while traveling like Pokémon Amie, Super Training, and the Player Search System are still there, but are all part of the PokéNav Plus. New to it is the DexNav, where a wild Pokémon will poke out of anywhere you’ll see wild Pokémon, and it’ll tell you the Pokémon as well as its level, ability, and possible egg moves it could have. It’s neat because for the hardcore Pokémon breeders out there, it could make getting the moves easier and seeing who’s in the grass can be good for EV leveling (though the Super Training does that quicker and better now). Just be sure to sneak to the Pokémon because walking to it will only make it scram.
One feature I almost forgot to mention was the return of the secret bases, and that’s because it’s a feature I barely used. These bases can be built all over Hoenn and can be decorated with all sorts of plushies, people that’ll give you upgrades and what-have-you. If you’d like to, you can instead make it your own gyms, using puzzles and battles with your secret team for friends to experience. Speaking of which, there’s several ways to have friends snag your bases: through QR codes, StreetPass or with strangers, just share and download random ones online. While seeing someone’s plushie collection was yawn inspiring, going to ones where I actually fought people was cool. 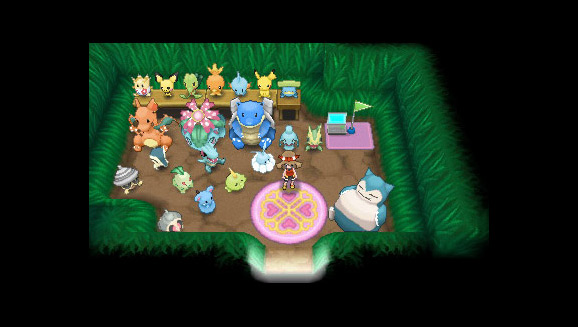 Introduced in Pokémon X/Y, Mega Pokémon allows many popular critters temporarily evolve mid-battle and receive better stats and abilities. Pokémon Omega Ruby and Alpha Sapphire enhances that with many, many more Mega Pokémon alongside different ways to Mega Evolve with the main trio of Hoenn’s legendary Pokémon: Kyogre, Groudon and Rayquaza. Many of these are super neat and brings Pokémon who would have been useless in the competitive scene, like Beedrill and Lopunny, at least somewhat useful. Though one thing I don’t get for the life of me is that every Mega Pokémon introduced in Omega and Alpha cannot be traded and used in X/Y, despite being the same generation. It’s like Game Freak wants us to abandon X/Y because anyone playing competitively has to use Omega and Alpha. 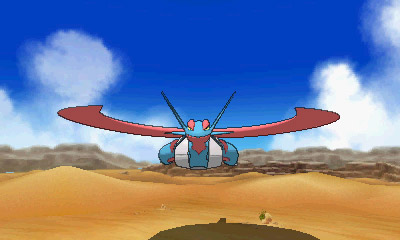 That point brings me to one thing that always urks me about Pokémon, and that’s when then Game Freak releases a game, they take as many features out as they add in. my most requested feature I wanted in Pokémon prior to last year was to customize your trainer, and they did it in X/Y… only to take it out of Omega and Alpha. Pokémon HeartGold and SoulSilver allowed our Pokémon follow us throughout Johto and had the ability to refight gym leaders with a stronger team (a feature introduced in Pokémon Platinum), and we haven’t seen them since. Don’t forget the aforementioned removal of the day/night cycle, and lack of a Gold/Silver-esque post-game in the original Ruby and Sapphire. I’m so sick of it, because I can only think of what the sixth gen would look like if all the added features stuck. 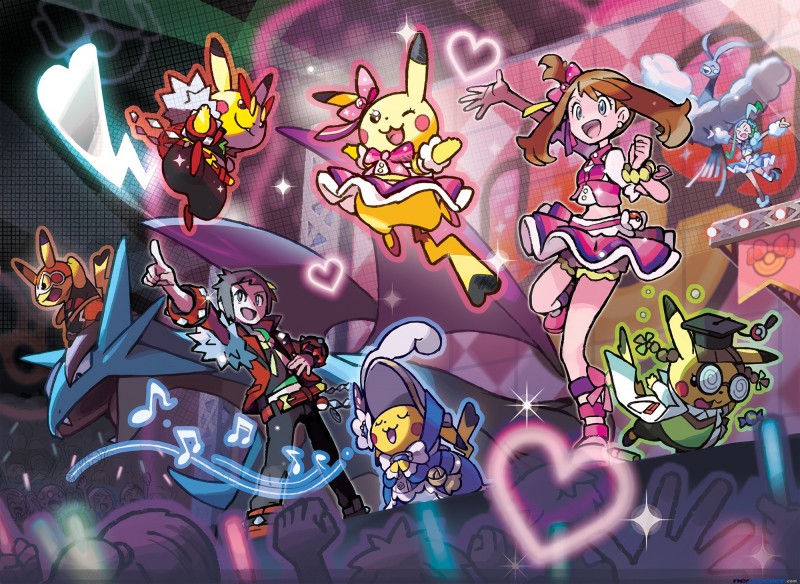 Despite that personal gripe, Pokémon Omega Ruby and Alpha Sapphire is still a game to get addicted to and dump 100 hours into with all the story, training, contests, online battles, trading, base building and other side stuff. I definitely enjoyed this version of Ruby and Sapphire more than I did over a decade ago thanks to many of the upgrades the Pokémon series accumulated since the GBA days. While I still think Hoenn is the weakest of regions even after the upgrades, it’s like pizza: even the worst ones are still great.
Rating
8.0
Pros