"North Americans just need to register on Pokemon.com!"
By: Edward Oliveira | Wii-U News | October 14, 2014
Hot off the heels of a very messy announcement of the Pokémon Omega Ruby and Alpha Sapphire Special Demo in Europe, The Pokémon Company has announced a Special Demo for North America as well. It also seems that people have time to do the things to qualify you for it this time, a lesson learned after seeing Nintendo's treatment to the Special Demo for Super Smash Bros. for Nintendo 3DS. 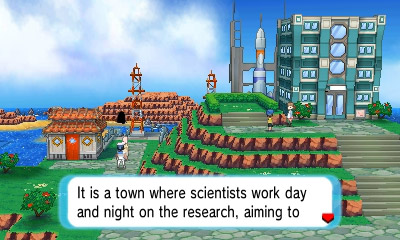 Unlike Europe that had each country have an exclusive place to get it, from game stores to McDonalds, North America will be getting it on the Pokémon Trainer Club at pokemon.com. Just make sure that if you’re already a member or if you’re signing up for the first time that by October 20th you must opt in to receive emails, because the code will only be delivered via email. Those being said, make sure to update your email if you need to as well.
What’s in the demo? Like Bravely Default, it is an unique adventure that takes place in Hoenn and completing the demo will net items for the full game. You’ll be able to control Blaziken, Swampert and Sceptile and obtain their Mega Stones to evolve them to their mega forms. There are also new Megas that will be unveiled in the demo.
In other Pokémon news, serebii.net got info that may upset or at least limit players. For competitive players, it looks like Omega Ruby and Alpha Sapphire will be the go-to game to play on because Pokémon X and Y will not receive a patch to allow the new Mega Pokémon to be playable, so trainers with those Pokémon cannot play against X/Y players. Not only that, they are also removing the ability to customize your trainer. Two bummers indeed.