Pokémon Rumble U Confirmed for North America and Europe

The Pokémon Company announced a western release for Pokémon Rumble U, and it’s coming out sooner than you think.


Rumble U is the next installment of the hack-'n-slash Pokémon Rumble series previously released on WiiWare and Nintendo 3DS. While players will be able to play as in-game toys based all 649 Pokémon known in the pre-Pokémon X/Y Pokédex, this title will also use literal toys (think Skylanders) that’ll connect to the Wii U Gamepad’s NFC sensor below the D-Pad. The figurines are not necessary to beat the game,but they can become stronger than regular in-game characters, gain “Special Traits,” and can carry its data to other Wii U’s thanks to its NFC chip.

Pokémon Rumble U will release exclusively on the Wii U’s eShop on August 29th for $17.99 in North America and August 15th in Europe. The figurines will also release on the 29th and be sold exclusively through GameStop for $3.99 each. The Pokémon Company states that a “random assortment” of eighteen figures will be available, but they only confirmed Pikachu, Deoxys, Eevee, Genesect, and Victini. 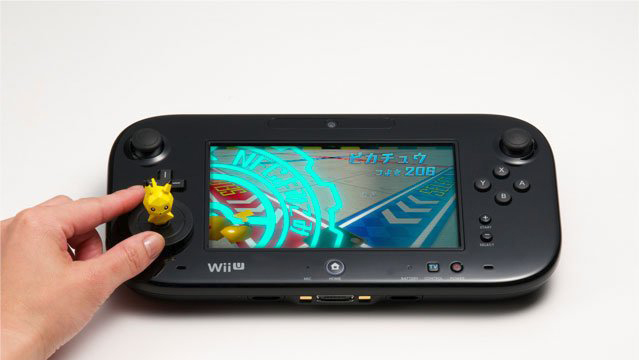 The Japanese release also had figures based on Bulbasaur, Mewtwo, Mew, Celebi, Torchic, Piplup, Lucario, Darkrai, Shaymin, Zoroark, and Litwick. They released in three waves, each with a secret figure based the shiny forms of Pikachu, Eevee, and Genesect. Promotional figures also released in Japan like Black/White Kyurem as well as to different versions of Pikachu, Lucario, and Genesect.