It’s all aboard the nostalgia train for this Power Rangers reboot, but sadly the rose-tinted glasses need to be pretty thick to forgive this oddly paced mess. That’s not to say it’s a total loss, but it certainly left a lot to be desired.

The film follows what should be a simple and comfortable plot: five troubled teens stumble upon great power and the great responsibility that comes along with it, race against the clock to be ready to face the bad guy, win the fight. Somehow that straightforward story was stretched and squashed in all the wrong places. 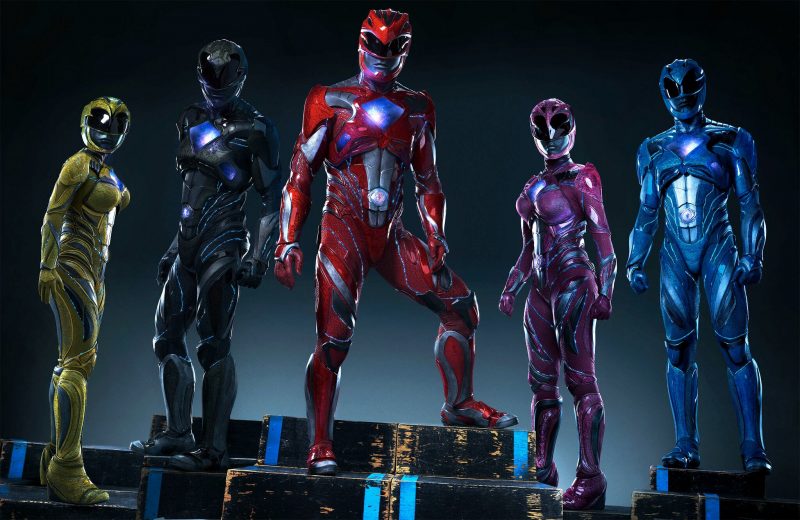 Let’s start from the beginning: the first character introduced is of course Jason aka the Red Ranger. Dacre Montgomery does a decent job at playing the screw-up high school jock from every teen movie ever. Explicit Breakfast Club references reveal who the intended audience of this film really is: people who were teens in the '80s. That kind of explains why some of the jokes are so wildly not child-friendly!

Young British actress Naomi Scott plays Kimberly the Pink Ranger, and though the forced chemistry between Pink and Red is boring at best, her fallen-queen-bee status compliments his fallen-quarterback status in surprisingly unpredictable ways. Plus her American accent was so good I didn’t even know she was British until I saw an interview! 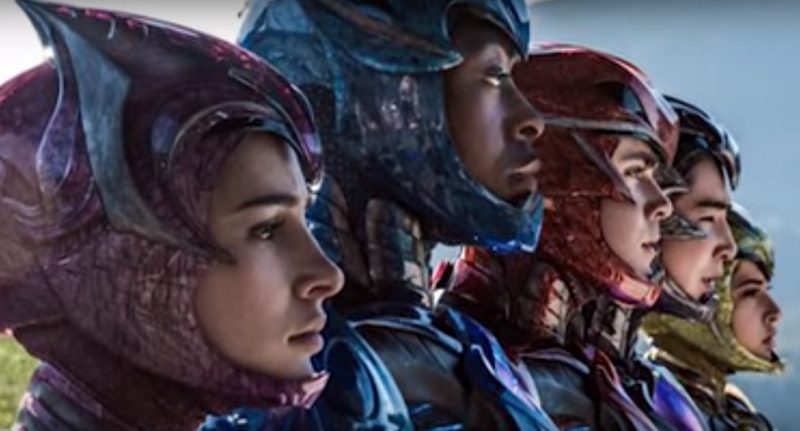 The undeniable standout, and probably the only truly likable character in the film, is Billy the Blue Ranger. RJ Cyler, who you may remember from Me, Earl, and the Dying Girl, really shines as the heart of the team. Billy’s autism is never the butt of a joke, and never overshadows other aspects of his character - it’s an important part of a multifaceted character, and an important step forward for disabled representation in mainstream franchise movies. Cyler plays Billy with a tremendous warmth that not only draws the team together but draws in the audience too.

Zack the Black Ranger (Ludi Lin) and Trini the Yellow Ranger (Becky G), though initially hostile, are won over by the power of friendship. That’s the overarching theme of the film, which is great, but it’s pretty uncomfortable to watch as it’s painstakingly spelled out to the audience. Even the characters don’t seem to believe this is really happening as they sit around a bonfire and share their deepest secrets in a contrived attempt to get to know one another.

One of the most striking shortcomings of the film is the wildly incongruent stakes. The relative importance of things really does not match up. I won’t spoil the big secrets they share, but some are infinitely more serious than others, and in some cases the blame lies clearly with them while in others are caused by unfortunate and uncontrollable circumstances. The way the narrative and the Red Ranger groups them all together as “screw-ups” really trivializes some of the important issues they did so well to raise.

Talking about wild incongruence, I bet Bryan Cranston and Bill Hader is a double act you never thought you’d see. While Hader provides some much-needed levity as robot Alpha 5, Cranston’s Zordon is a bizarrely amoral mentor/exposition machine. While it could have been a powerful moment where we see that the mentor has something to learn from his students too, instead Zordon just seems both incompetent and unsettlingly selfish. His disparaging of the new Rangers has no emotional culmination where he reveals that tough love taught them an important lesson: however, he just comes across as a bitter old loser. Not exactly inspirational.

I’ve been putting off talking about Rita Repulsa because I’d rather not relive the horror of Elizabeth Banks’ performance. It probably wasn’t her fault, but the tone clash really was unbearable. Imagine watching evil Effie Trinkett dropped in the middle of The Breakfast Club. That was the effect after the film worked so hard at its teenage realism. Of course, the alien stuff is integral to the Rangers, but either Rita should have been more subtle, or the rest of the film could have stepped up the ridiculousness to match. That being said, the twist of Rita’s backstory is a great innovation, and she brings along some classic minions that really benefit from 21st-century effects!

The downside to spending so much time with the Rangers unable to morph is that the final fight scene has to squeeze in a lot of classic moves that fans would be expecting to see in a short space of time. The film never truly reaches an emotional climax, with too many small defeats and victories along the way, such that the final battle doesn’t seem to fit at all. Again the stakes (literal death!) are at odds with the characters’ attitudes, so even though your inner five-year-old might be yearning for the action figures, the overall effect is underwhelming.

Some good performances and a whole lot of nostalgia try their best to carry this unwieldy movie through to the end, but they have a hard time doing it. Maybe it’s because the market is so saturated with superhero films already, but I can’t see that kids would be too impressed with it either — not when it has to compete with the Avengers. The most this movie can boast is a brilliantly diverse team, so at least some biracial, bilingual, Indian, Chinese, Black, Latina, LGBT, and disabled kids out there will have someone like them to look up to.