By: | Xbox 360 News | April 19, 2012
The 2006 game Prey added a lot of twists to the First Person Shooter formula and got a good deal of critical praise for its clever story about a Native American man who is abducted by aliens and must fight for his freedom using a mixture of science and spirituality.  With features like wall-walking and reverse gravity, it had some unusual gameplay, introducing those features before they became better-known in the Dead Space series.  The developer, Human Head Studios, was hard at work making a sequel for Bethesda, and it was slated to arrive this year, but an announcement today from Bethesda has stated that the game won't be arriving this year at all.

The statement released by Bethesda's PR department reads "Development of Prey 2 has not been cancelled but the game will not be released in 2012 as planned. The delay is due to the fact that game development has not progressed satisfactorily this past year, and the game does not currently meet our quality standards."  which doesn't reflect well on the game's developer, who is best known for this franchise. 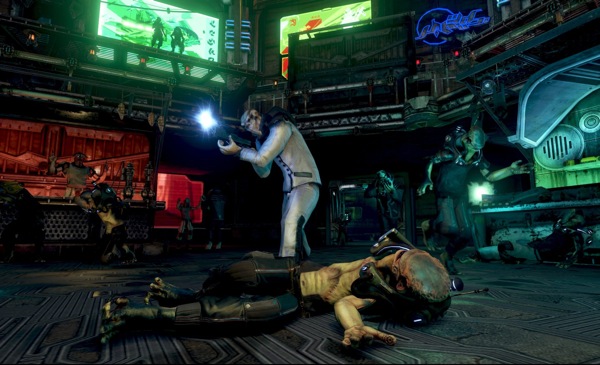 The sequel uses a new protagonist and a drastically different story and setting about a human bounty hunter trapped on an alien world.  While screenshots and video of the game have been floating around for months, many of the details about the project are still unclear.  Bethesda hasn't specified what they don't like about the project, but they do go on to say that "Prey 2 has shown great promise and we regret disappointing our fans. We have made a substantial investment in game development to deliver the experience fans want. We are determined only to release the AAA game that fans rightfully expect, and are unwilling to compromise our quality standards to meet a release schedule."

Is this a good sign or a bad one for this project?  Sound off in the Facebook comments below?