Pride and Prejudice and Zombies Review

"Zombies in the land of Jane Austen... Is this heretical to the Austen faithful? "
By: Russ Matthews | Movie Reviews | February 26, 2016
There might need to be some consideration of do you taking one of the most beloved romantic texts in history and making it into a zombie tale? Seth Grahame-Smith introduced the combination of classic 19th century literature and modern zombie literature in 2009 and the series has become a cult favourite amongst young readers. The parody honors the original material with a level of tongue-in-cheek that provides a new level of feminine empowerment and their masculine counterparts. The book received mixed reviews, but has gone onto worldwide success and led to subsequent 'mash-up' novellas. 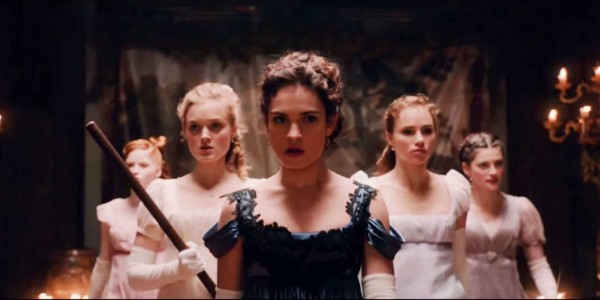 For the Jane Austen faithful, they will find themselves in familiar territory with the beautiful landscapes of England with the majestic estates dotting the gently rolling hills. All looks familiar, until the large metal barriers come into view. These structures replace the usual picturesque cobblestone fences that extend throughout the landscape during these run-of-the-mill period romances. The Bennets, the Darcys, the Bingleys and Mr. Wickham are all present, but there are multiple twists to this familiar tale. The men and women have been given new roles and responsibilities in early 19th century England due to the zombie outbreak that occurred after the Black Plague. All of the romantic and cultural elements of the beloved Austen classic are incorporated in the storyline, but with a new found level of adversity coming from the growing zombie factions and the paranoia of the infection racing through the remaining human race.After reading through the brief synopsis of the film and after the subsequent rolling of the eyes, Pride and Prejudice and Zombies might provide surprises to even the most faithful within the Jane Austen ranks. Similar to the scathing reviews of Seth Grahame-Smith's book, many will have harsh words to say of director Burr Steers' (17 Again) interpretation of this mix of genres. For his work to be taken seriously, the original book and the cinematic version have to deliver a balance between honoring the original source material and adding a certain level of cheekiness that proves that this might be fun enough to experience. Steers seems to achieve this balance and provides a surprisingly lively jaunt into a fictional history. Even though this production has been plagued with director and acting challenges, the final result manages to be audacious enough without dishonoring Austen. The overlay of the classic romance still is the backbone to this different chapter to the Bennets and Darcys. 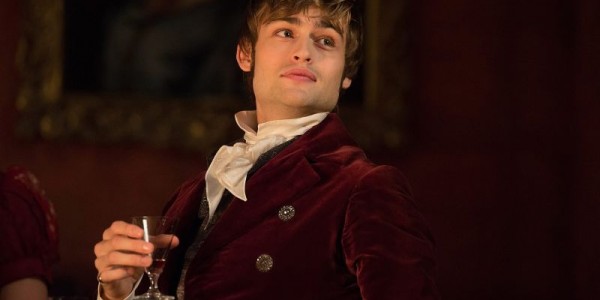 This was a refreshing look at an era that tends to be painted as a group of pouting individuals who only seem to have jealous thoughts of their richer neighbours, have too much time on their hands and only enjoy life when walking through the countryside. What Smith's adaptation provides the characters with is purpose, albeit ridiculous in concept, but nonetheless purpose. The men are men and the women are warriors with a beautiful overlay of humor and battle scenes that make this a film that men would enjoy as much as their female counterparts. Lily James and Sam Riley do an admirable job of portraying Elizabeth Bennet and Colonel Darcy with smouldering sexuality, virility and honour that gives this well-worn drama the fresh legs that it needs for a new generation. Most other roles are familiar and forgettable, but Matt Smith (Doctor Who) manages to steal every scene he is in with his portrayal of the pitiable Parson Collins.For those who are Elizabeth Bennet and Mr. Darcy purists, Pride and Prejudice and Zombies might be worth giving a miss. For the cinema goer who is looking for a fresh take on a familiar story, that do not take themselves too seriously and do not mind some zombie  infiltration into your lives, this is a frivolously witty viewing option.
It was silly. It was romantic. It has zombies. A ridiculous and cheeky tale that is not to be taken too seriously. It is not for the fainthearted, but does provide an enjoyable spin on the familiar Austen storyline.
Rating
6.5
Pros