By: | Comic Features | June 21, 2011
Why do I favor Steve Rogers as Captain America, you ask?  Let me start by saying I don't hate the alternate Captain America, Bucky. He actually did a great job and carried the title for a long time without the presence of Steve Rogers. There have been several Captains over the years including: Bucky the 1950s Cap, Nomad, US Agent and Nuke. They all had distinctive personalities, but none were like Steve Rogers.

Why Steve? Maybe it has something to do with his morals. While some of these characters tended to have extreme left or right wing beliefs, Rogers maintains a balance and harmony between the two groups. These beliefs were the reason why he got a campaign to run for president. He didn't the election because he didn't go through with it. That's right, Rogers is a humble man. He's too honest to work in politics. 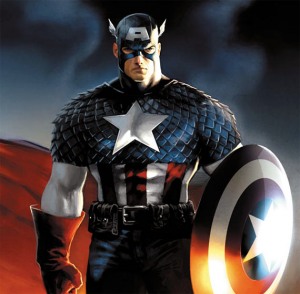 Despite his not wanting to be president, you can't deny that Steve Rogers is a natural born leader. He takes charge of any situation, always leading the way to safety with his quick thinking and expertise. The other Captains don't have his ability in this regard - Rogers always manages to get the best from his teammates.

The best attribute about Steve Rogers is that he really is the man without fear. He is not Daredevil or Green Lantern, although they both carry this moniker. He fought Nazis despite being a skinny crippled kid. That didn't stop him because he knew that fighting against injustice was important for world peace. He wasn't afraid of an experimental procedure. He was the only one that looked Thanos, a powerful leader, in the eye and faced him one on one knowing full well the fight was hopeless. All those tough characters that think they are too tough to die because they can take a bullet or two and talk some "I-can't-believed-your-mother-raised-you-like-that" trash talk don't know what is like to face the end of the universe and still fight for life. Steve Rogers does.

Why else? Well, the movie comes out this summer, and it is about Steve Rogers, not Bucky. If viewers start looking for Captain America comics, they have to be ready to have Steve Rogers back in the mantle for these potential new readers. Rogers also provides great fodder for writers. Steve's past is so rich and the World War II setting could be use as the basis for many great stories, as well as Rogers' adventures in the present day. He's also just a great character to read.  The charm of the original Captain is not the soldier aspect, but how he is able to get out of impossible situations just by using his amazing strategic mind. Unlike Bucky, Steve has no use for guns. When his mind fails, his shield is enough to deliver some good ol' fashion ass-kicking action. 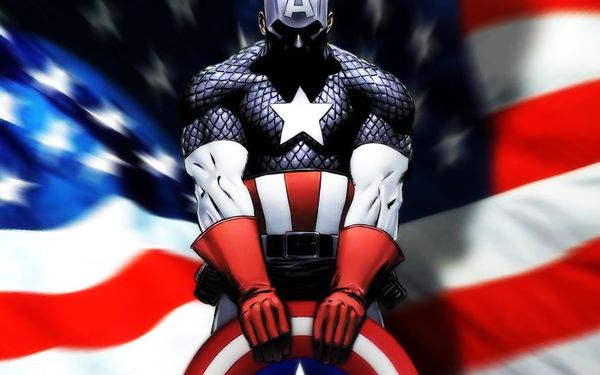 Steve Rogers may come across too much as a boy scout to some viewers, but Rogers represents all the good things America represents. He is the father figure to the Marvel universe. A positive influence, the guy that all the other superheroes look up to. Despite being out of the spotlight for a while, Steve Rogers remains one of the most important characters ever created. Glad to see you back, Steve!