"A Disappointing Time Travel Tale"
By: Steven Armstrong | Movie Reviews | February 1, 2015
Of all the tropes and plot elements in existence for stories, time travel has got to be one of the oldest ones in the book. When you consider things in your life you may want to change; mistakes you wish would just disappear from your memory or when you imagine what the world around you would look and feel like beyond the next week, it's easy to see why the idea of time travel continues to be appealing. Whether it cautions us against what might happen to us and our society in the future or it gives us a glimpse into the past to show us how similar things are today, time travel has the tendency to say something about our current time. Unfortunately, the Michael Bay produced and Dean Israelite directed Project Almanac does not live up to the full potential that the notion of time-travel presents. This found-footage film follows five high school students who essentially put the time travel theory in to practical terms by building a time machine. What do they use it for? Personal pleasures, of course, not really understanding the potential implications of using such a device. 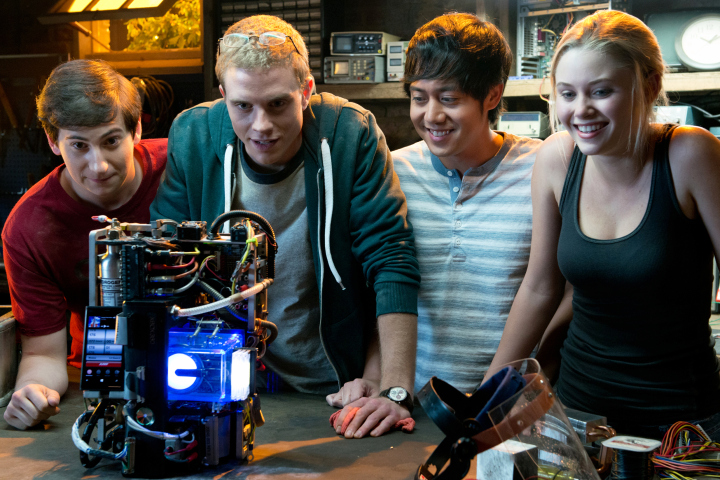 This is a movie you have actually seen before. In many cases, you have probably seen it done much better. Chief among the reasons why this may be true is the found footage element. Now, in some films, you could see the appeal of the found footage approach even if such a take does not always feel 100% effective due to the nature of how unnatural certain situations are in a movie with a character holding a camera. However, Project Almanac does not offer a good argument at all for the found footage approach and in fact, might have been much better executed technically as a traditionally shot film. Some of the sequences depicting the testing of the time machine might have been okay as a perfectly excusable instance for characters to record, but intimate moments between a couple relaxing in bed after a romantic evening or a mother and child during a serious conversation, does not feel authentic at all because there isn't a concrete and logical reason for the capturing of those moments that serve the story. They are just there to give the audience context for certain actions that will take place in the future, which helps in understanding certain motivations, but ultimately does nothing to strengthen the film collectively. 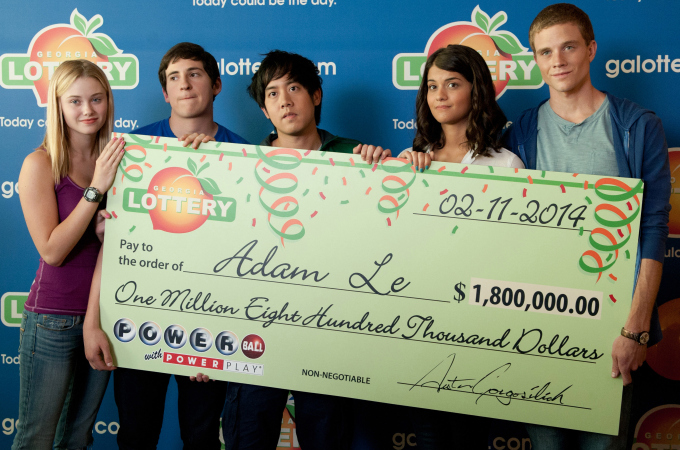 With the exception of the explanation of the science behind time travel as well as the construction and execution of the time machine (it took many, many tries for the kids to get the machine to work), there is absolutely nothing that feels realistic in this film at all and the found footage element is the main reason for it. Another reason for the lack of authenticity can be attributed to the acting. Nearly every performance is inconsistent, which makes it hard to really buy into what these characters are going through. There is really only one scene in which Sofia Black D'Elia, who plays Jessie, the primary love interest, gives us a glimpse of what could have been if all of the actors stepped up more. That said, the blame should not be placed solely on the actors, who did the best they could. The script, written by Jason Harry Pagan and Andrew Deutschman is pretty thin. For a film with a two-hour runtime, one would hope that there is at least space for some real character development, but the script does not really allow for that and the characters and situations suffer because of it. Something else that was particularly bothersome about the writing was that it makes several references to other, stronger time travel movies as if being associated with flicks like Looper or Bill and Ted's Excellent Adventure would endow it with extra charm. It doesn't! It only serves to highlight the weaknesses of Almanac. 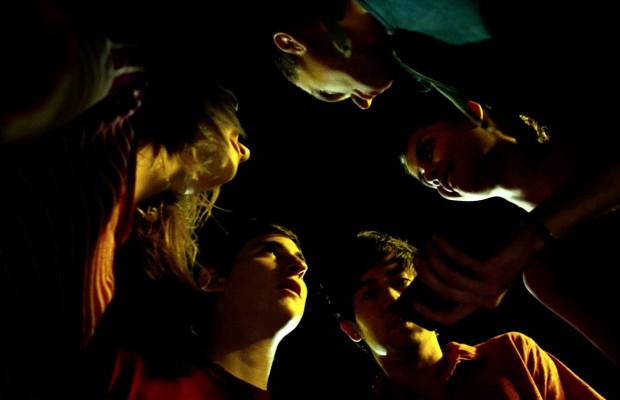 The premise of this film, like most other time travel pictures, is interesting, but the execution could have been stronger. If the goal was to tell a fun, perhaps even a somewhat cautionary tale about human involvement in time travel, mission accomplished. Though, with such potential to delve a little deeper beneath the surface of the idea of teenage kids essentially discovering time travel and the implications of that, the resulting movie leaves more to be desired.
Rating
4.5
Pros