Back in 2011 on an edition of TED Talk, Sumit Dagar, from the National Institute of Design in India, unveiled a prototype for the first ever blind accessible Smartphone. Now after utilizing funds he received from the Rolex Award for Enterprise, and with help from Indian Institute of Technology Delhi 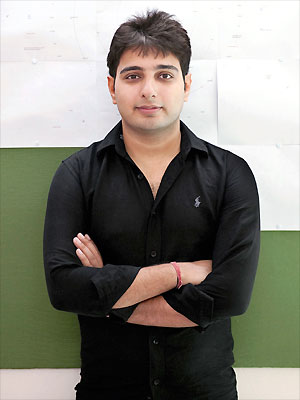 and L V Prasad Eye Institute in Hyderabad, the device may soon be available for those in need.

In recent years, phone and apps have given a great deal support towards those with hard of hearing and other disabilities, but obviously there is a challenge when it comes to vision. So what a solution and how useful can it actually be? The answers are not only promising, but versatile. Sumit Dagar found the solution in basically a shape shifting phone. Using new Shape Memory Alloy the devices can creates a touchable interface that can revert back to its original shape.

The phone uses a sophisticated grid of pins that can elevate and depress to not only produce text as Braille, but even images, video feed, games, maps, and more. The haptic feedback on the devices means that users will be able to call, text, swipe, and even zoom. The camera on the phone can even be held over text or images and then translated in to touchable forms, which also works with video to get real-time outlines to feel emotion or action.

Testing is still underway to determine any changes need to the design, but so far the response is very positive. No official word on price (though speculated around 200$) or any potential carries, but if all goes well it can be out by this year.

In an ever increasing technological based world, handicaps like deafness or blindness can leave some people far out of touch with the world we live in. So, hats off to Mr. Dagar and those working with him, because all too often technological potential is wasted. Check out his TED Talk video below for more info.