Prophet #1 Review: Not Quite a Godsend

Prophet #1 is a prelude to the revival by Image Comics of a character from the early 1990s.  Issue #1 is rerelease of the 1993 original, and it comes in anticipation of new issues.  Even so, Prophet seems to be a hybrid of a few familiar heroes we all know.  Much like Wolverine, he was a down-and-out drifter tricked into submitting himself to experimentation.  Like Captain America, he was transformed into a superhero in the 1940s, cryogenically frozen, reawakened, and is now operating in contemporary times.

Perhaps his most unique character trait is his fundamentally religious outlook; Prophet is constantly quoting bible verses and referencing “the Lord.”  By my assessment, God in Prophet #1 is a tad over-used.  The story opens with the hero tearing through armies of androids while reciting a passage from Psalms.  Right from page one the title started to make more sense.  This guy believes he’s on a divine mission, and that his scientifically mutated self has rendered him an instrument of God. 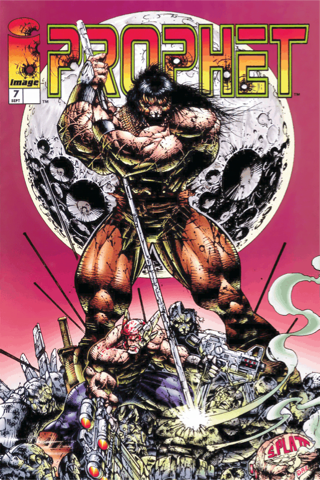 The actual story, more or less, would be exactly the same without all the God stuff.  John Prophet and his old friend Kirby are teaming up to try to reach D.O.C.C., or the Direct Orbiting Command Center.  This satellite is John Prophet’s life force, and by reaching it he can once again attain the power he seems to have lost.

In an afterward, the writer Rob Liefeld discusses what about the story he found so compelling.  What intrigues Liefeld is what makes Prophet like Captain America (but he references Rip Van Winkle), which is his existing long after the time period from which he originally comes.  By that logic, he should be all alone in this world.  Only, he isn’t.  Kirby assisted in the Nazi Era experiments that made John Prophet what he is.  Oh, and did I mention his wife Mary (also from the 1940s, but who doesn’t look a day over 25) works for the FBI and appears to be his primary antagonist?

In case it isn’t apparent enough yet, the writing in Prophet #1 is flat out silly.  A good four or five pages are taken right from the Bible.  John Prophet, like his name implies, is a zealot.  That is his primary character trait, no matter how intriguing Rob Liefeld finds Rip Van Winkle.  There isn’t much else to him.  The dialogue is terrible; it’s far too expository, to the point where it feels like Kirby and John Prophet are talking to me as opposed to one another. 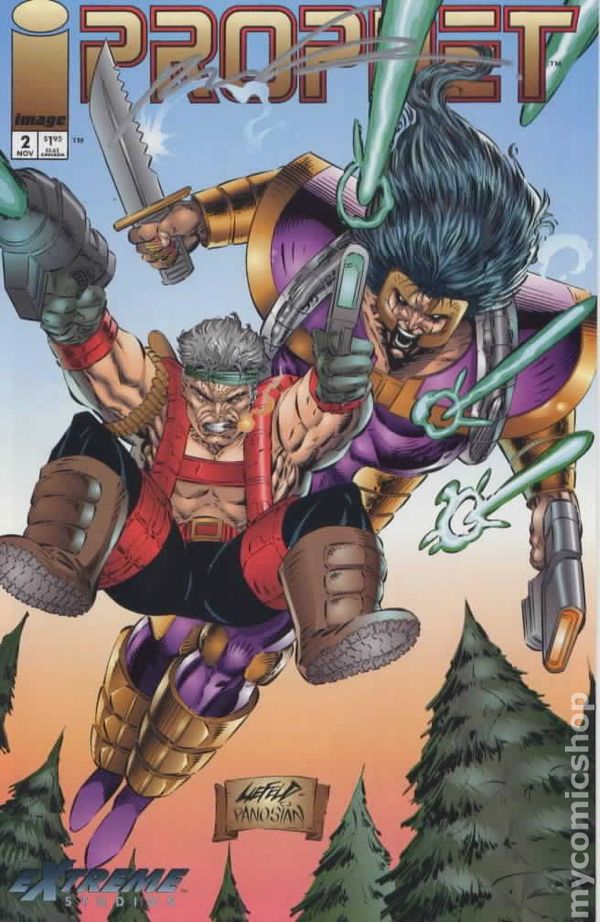 Dan Panosian, who is credited for “Pencils and Inks,” is the artist.  He does a good enough job at rendering the spectacle that goes on behind the Psalms verses.  Although, there are moments when John Prophet looks too thick to move, let alone move with deadly ease, Panosian’s prolific track record illustrating for Marvel and DC certainly makes itself known in the panels of Prophet #1.

All in all, this revival isn’t what I would call successful.  Liefeld spends so much time trying to relay John Prophet’s history, that it felt more like reading a Wikipedia article than an original story.  John Prophet should be alone in this future setting, but his whole family seems to be right there with him (how touching).  If the Bible isn’t being quoted, Prophet is offering to pray with Kirby, or he’s referencing his faith in unnecessary situations when he claims, “I accepted Wells’ word as Gospel.”  In earlier reviews, I mentioned how I found the good versus evil dichotomy as being over-used.  Well, Prophet #1 takes good and evil to the extreme, and it’s utterly tiring. 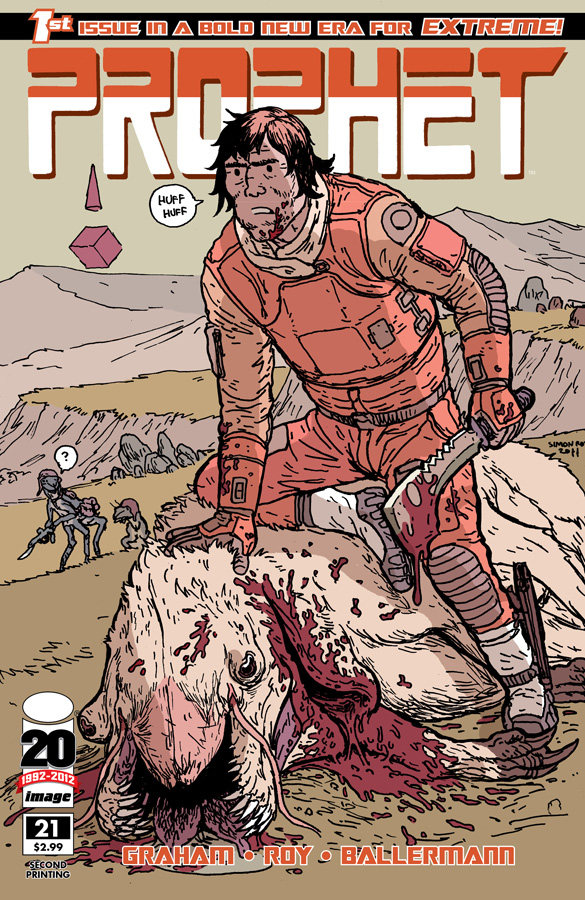 Prohpet #1 left plenty of room for improvement, and hopefully the new issues will be a step in a better direction. They begin where Liefeld's left off, beginning with Issue #21, which was released this past September.  Prophet #21 has a new writer (Brandon Graham) and a new artist (Simon Roy).  I'll be sure to follow up.