Publisher You Should Know: Avatar Press

This article's main objective is to share a thought and an opinion on a comic publisher. It is in no way a promotional piece, a commercial, a plug or an advert. If it happens to be taken that way I apologizes, for it was not my goal. So when I was asked to share my opinion on any comic book publisher, it was fairly easy decision. My choice was Avatar Press.

Avatar Press is an independent publisher of comic books based out of Rantoul, Illinois. It was started by the E.I.C, William A. Christensen in 1996. Their first release was in November and was William's very own, Pandora. The book is considered by many to contain one of Avatar's flagship characters. Being known for publishing mini-series, Avatar began giving creators the benefit of creator own work without any content restrictions. With that kind of offer, some of comics best talent came knocking.

High profile talent like everyone's favorite Scottish comic book writer, Mark Milliar and his title, The Unfunnies. Comic book Fanboy God -- Alan Moore with his Lovecraft-en, The Courtyard, which was later followed later by Neonomicon. Two well known English scribes in, Garth Ennis with Chronicles of Wormwood, 303 and my personal favorite, Crossed. And then there's Warren Ellis, who perhaps is one of the major pillars in the Avatar label, be it by contributions and quality alone. Just naming a few, Ellis is responsible for titles like Supergod, Black Summer, No Hero and Doktor Sleepless. Not only that he does a web comic, Freak Angles that comes out free weekly.

They have also ventured into some notable adaptations of licensed properties. Popular horror franchises like a Nightmare on Elm Street, Texas Chainsaw, Friday the 13th and Night of the Living Dead. Also adding a few Sci-Fi titles incorporating Robocop, Species and Stargate.

With the “gloves being off”, so to speak on the limitations in creating a narrative with sex, gore and over the top violence was a thing of the norm at Avatar. Not saying that's all that they deal in but lets just say if they happen to start a music label, my guess is that it would consist of some of the heaviest death metal on the planet.

Interested in Avatar and don't know where to start? Here are a few titles that you might dig if you have any interest. So put down your Marvel Team Up and your DC 100 annual whatever book because there's no testing the water, there's just head first into the shallow end. 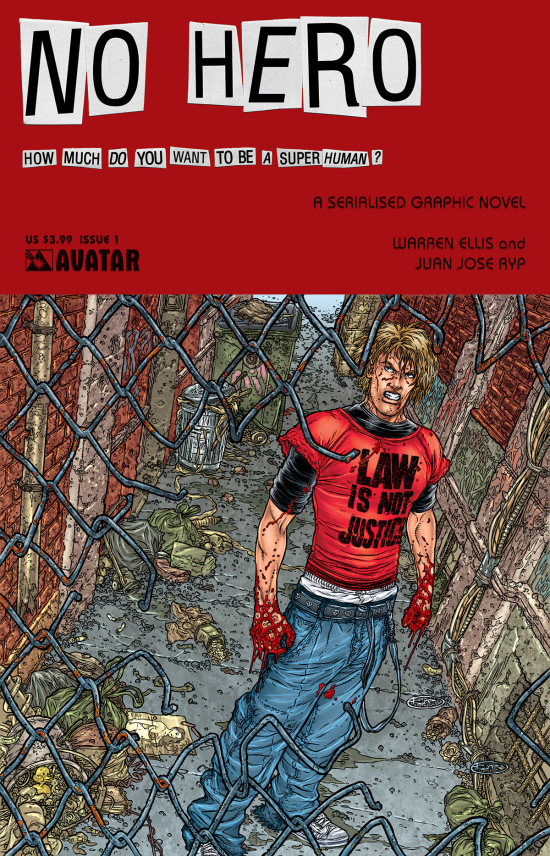 In a world where Superhumans are common practice, Joshua Carver wants to be one. Which is perfect because Carrick Masterson will need some replacements for the his powered police like task force, The Front Line and Joshua is his first pick. So you wanna be a hero and all you have to do is take a pill? Sounds good, but nothing is ever that easy. Warren Ellis and Juan Jose Ryp tell the tale. 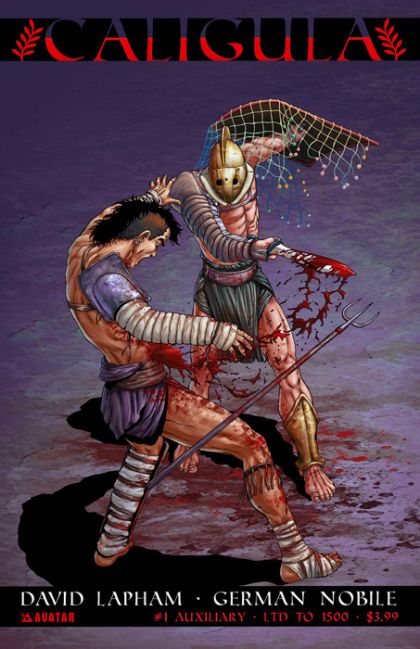 37 A.D and the debauchery of Roman nobility spews forth as Caligula flaunts his sadistic power at the flick of a wrist. David Lapham takes a stab at telling of a man drunk with power. While German Nobile paints the whole thing. Caligula is set for a 6 issue mini, read our review for the first book.

When a couple travel home to an island to visit some family they get more then they expected when the island succumbs to a sweep gas that is turning all of the island inhabitants into zombie like creatures. It 's Warren Ellis and Max Fiumara doing a zombie book in their very special way. What more do you need to know? 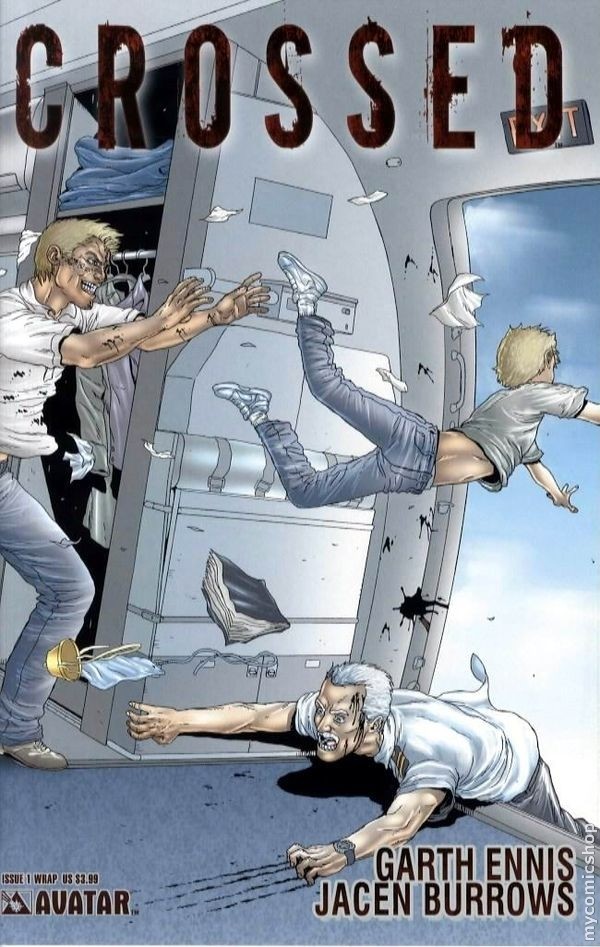 A plague that causes its victims to carry out their most evil thoughts and wishes. Carriers of the virus are known as the “Crossed” due to a cross-like rash that appears on their faces. Garth Ennis and artist Jacen Burrows's Crossed did everything right to setting the course of horror comic books back to awesome. It creates a true sense of fear, despair and humanity. It's true treat is it's power is that it make you ask yourself, “What would I do if this really happened?” I hate to tell you reader but, you'd be dead...  you'd be way dead.

That's just a small nibble of what my favorite publisher has to offer. So go to your local shop and give one of these books a try. If your local shop doesn't carry them, stop going there.