The first-person puzzle genre isn’t exactly saturated by a slew of titles, with the Portal series serving as the most note-worthy example. Thankfully, in order to fill the void in the absence of similar titles – a few of the masterminds behind Portal are here to bring us Quantum Conundrum, a puzzle game that centers heavily on interdimensional travel as you must manipulate your surroundings to solve increasingly complex puzzles using your small but potent skill-set of abilities. 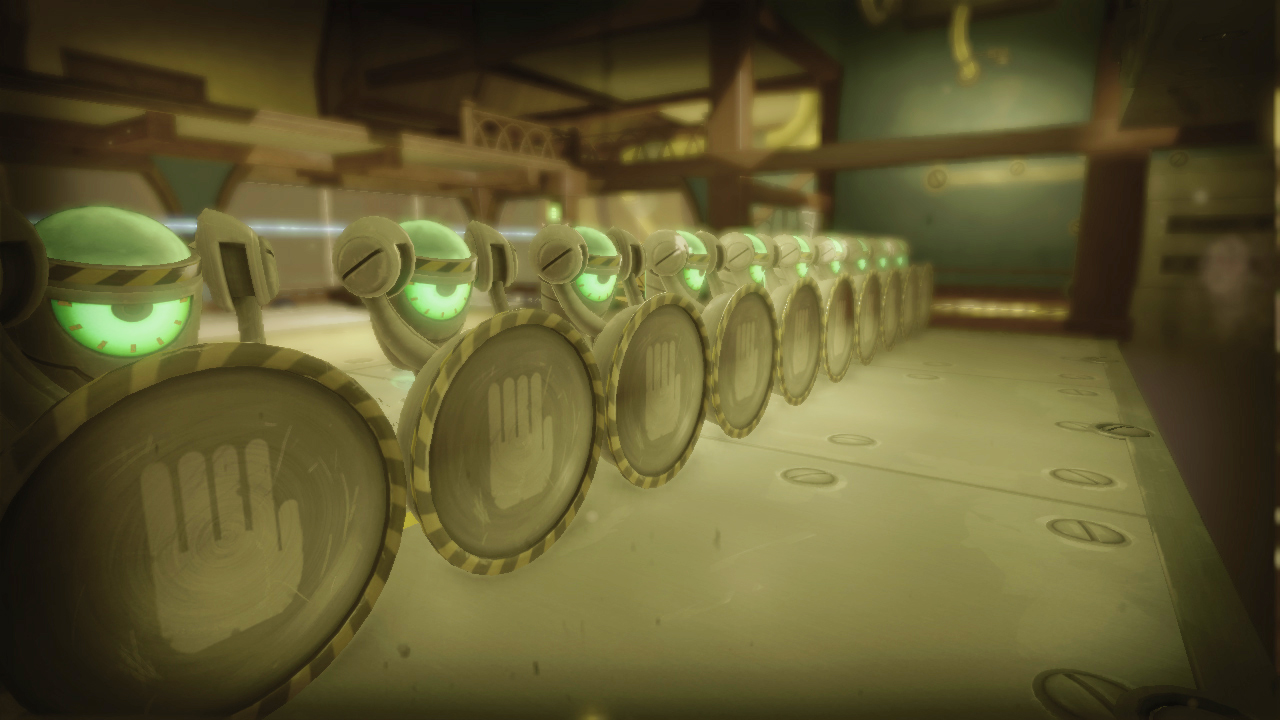 Quantum Conundrum ultimately thrives with its solid puzzle design and goofy vibe, but it also barrows far too many elements from its peers. Thus, failing to find a unique identity in
the process and the irksome use of jumping puzzles are sure to spark some frustration. Yet in spite of these issues, Quantum Conundrum is still a brisk but enjoyable workout for your brain and boasts enough scientific prowess to justify its budget price tag.

Quantum Conundrum puts you in the shoes of a twelve-year old boy whose uncle – the nefarious Professor Fitz Quadwrangle – is running amok with crazy experiments. The Professor’s manor has somehow trapped him in an alternate dimension, and he needs his nephew to help him get back to the real world. What follows is a series of trials that are
woven throughout The Quadwrangle Manor and the main form of story development you get is from The Professor’s deadpan and snarky quips. He’s no Wheatley or Glados, but the voice-work and dialogue provided is enough to tug you along throughout the five hour dimension-altering journey. 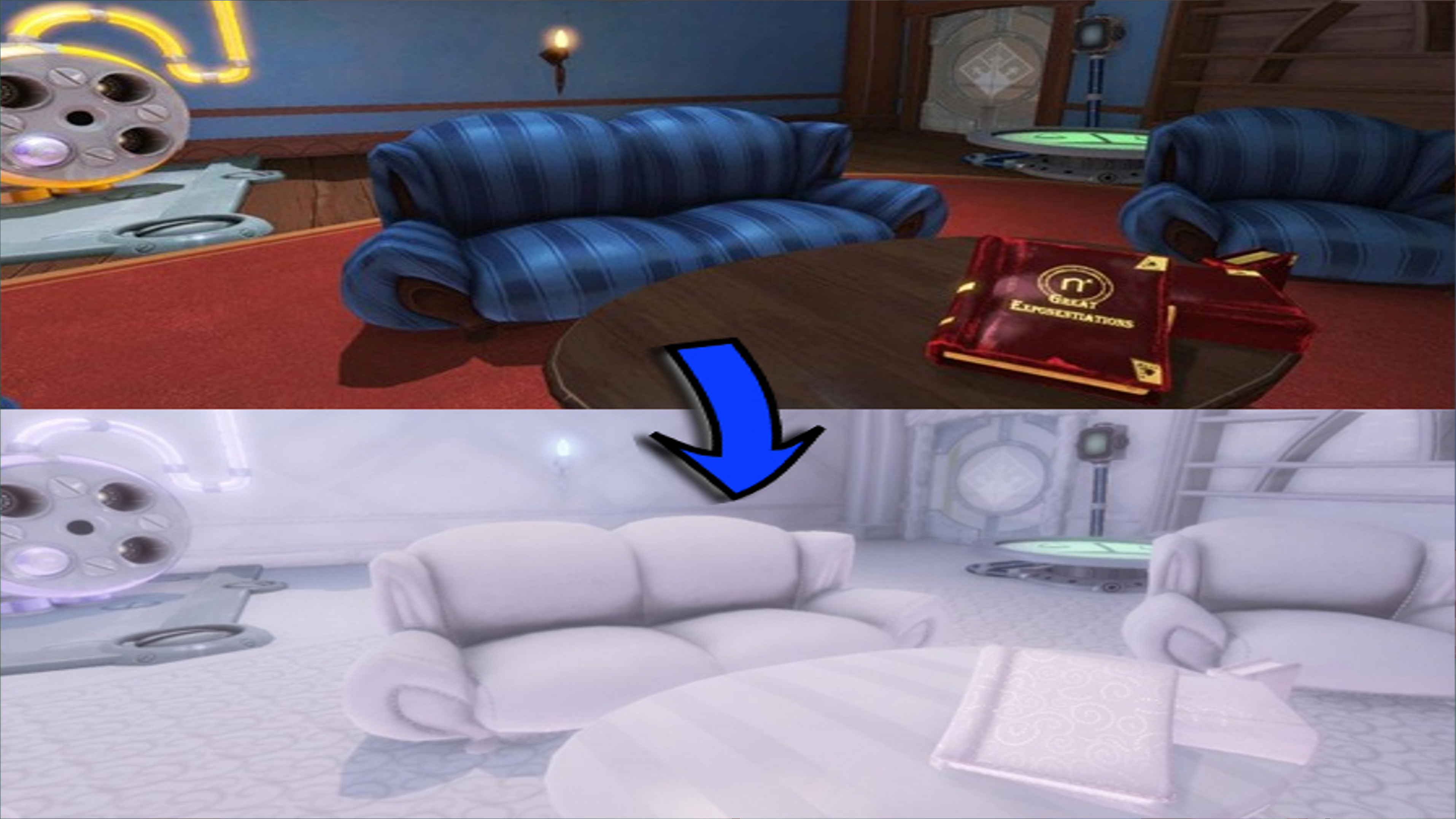 It’s hard not to take a glance at Quantum Conundrum without immediately drawing comparisons to Portal. Rightfully so, the game has puzzles that involve you moving boxes to open doors, platforms that lunge you to great heights and escalating challenges that force you to use your entire suite of puzzle-solving tricks. Where the game tries to distinguish itself from its contemporaries is through its use of dimensions. With a press of a button on your “interdimensional shift device glove”, that heavy and intimidating metal box can easily be carried with the use of the ‘Fluffy’ dimension, which makes every object in your surroundings lighter than usual. Whereas the ‘Heavy’ dimension makes those same objects become etched to the floor from increasing their sheer mass.

Dimension switching and puzzle solving start out simple enough by merely forcing you to move boxes and use the two dimensions of heavy and fluffy to advance past different obstacles. Early game situations usually involve breaking glass panes, getting through hazardous environments, and clearing gaps and little else. The game’s jumping mechanics and the way leaping is implemented into puzzles is notably weak, since jumping is far too floaty and unreliable. When puzzles introduce the slow-motion and gravity reversing dimensions, along with jump pads, lasers and fans, things quickly start to become a lot more complicated. Thankfully though, these more advanced obstacles are eased into by a gentle learning curve, but once the game’s bag of tricks run out, it ends.

While the game does feature solid puzzle designs and some fun interplay betweenthe dimensions, it doesn’t offer anything new or groundbreaking in terms of gameplay, story or visual design. Appearance and gameplay are kept rather simplistic throughout. Quantum Conundrum possesses a very simple, cartoonish look that enforces the game’s light-hearted and goofy tone which is further complemented by a catchy, off-beat soundtrack, letting the game’s playful atmosphere shine. 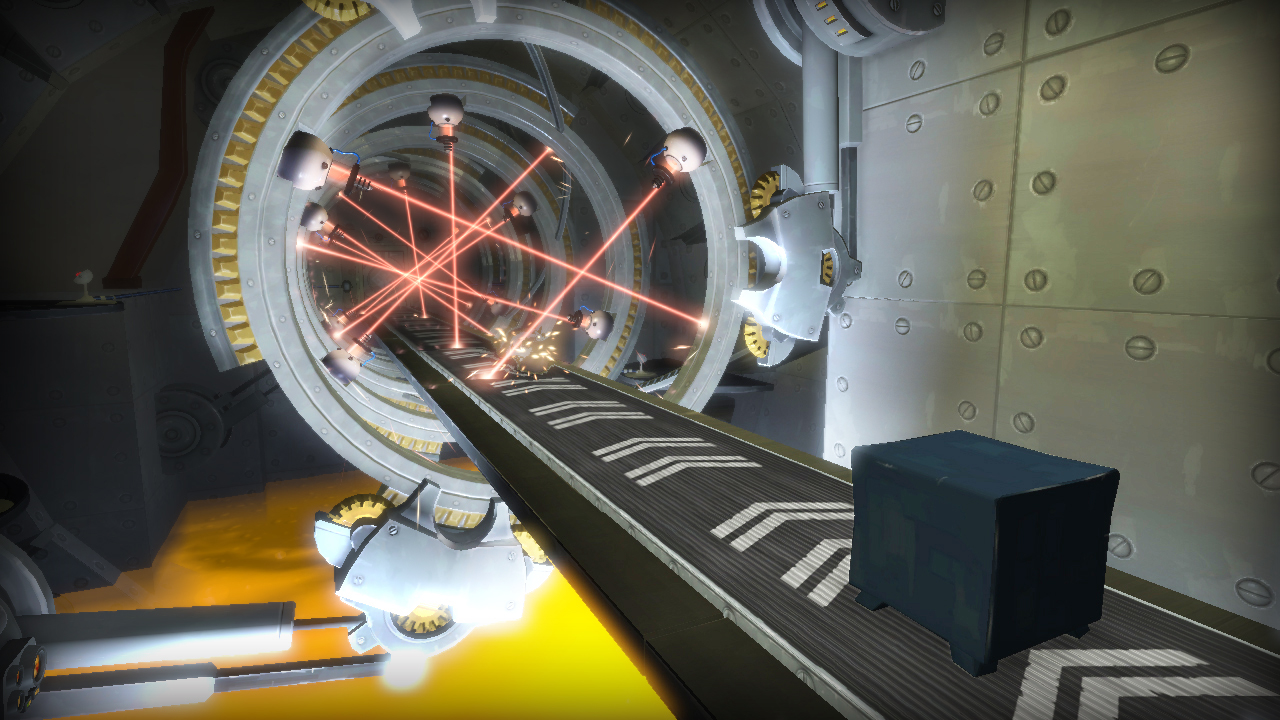 Quantum Conundrum is an enjoyable puzzle game that fulfills a good deal of its potential while only stumbling in establishing a unique identity. The puzzle design and atmosphere are good enough to keep you entertained throughout its short length, but the troublesome jumping mechanics and familiar design keep it firmly within the confines of being a decent game that was just short of something great. Puzzle-junkies will eat this one up, but if you’re expecting a watershed experience rife with mind-boggling gameplay mechanics and endearing characters, then you might come away disappointed. To those who enter The Quadwrangle Manor with relatively no expectations beside a respectable first-person puzzle game, you will likely come away satisfied.