Quarrel takes two simple game variants and smashes them together in a manner that is not only fun, but addicting. The main idea behind Quarrel is to take the "Divide and Conquer" scheme of Risk and put it together with Scrabble or what others may know as Words With Friends. The idea is so well put together that it seems ludicrous that it has not been around until now.

On a single square you can have a maximum of 8 troops and this corresponds to the maximum number of letters you can create words out of. If you have 4 troops on a square you can create up to a 4 letter word. However getting to 8 means you can create the anagram for the letters and gain a massive bonus in points.  As you defend and attack successfully you also begin to gain backup troops you call into battle at the beginning of a fight, if you are outnumbered.  When playing against the A.I. you can choose from many opponents that range in their Word IQ, meaning how fast they answer and the level of words they create.  The game has multiple modes, such as Domination that has you fighting for control of the 12 islands. 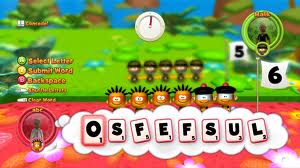 The characters are reminiscent of children’s toys battling it out to the death. Some of them have special abilities that will give you an advantage in some situations. When you attack and create the highest valued word you send all of the defenders to heaven in one swift blow, as opposed to attacking with 4 when they have 5 defenders and only being able to get rid of 4 of them, it is a one and done system. However when you are defending if you create a better word and do it faster than the attacker you not only destroy some attackers you take others as prisoners to defend and attack for you in the future. 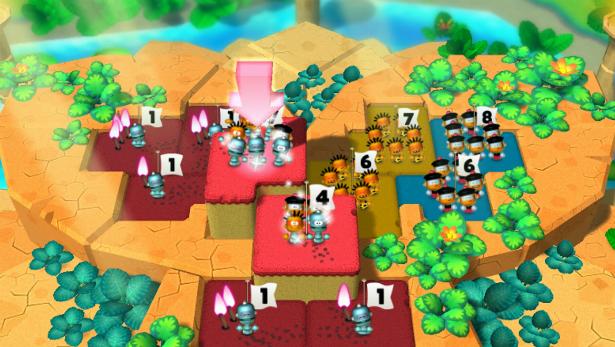 Quarrel does not doing anything spectacular with visuals, music, or any of the like but the gameplay is set up in a manner that once you begin you find it hard to stop. At 400 MS Points Quarrel is set apart as one of those rare games that is worth it for everyone. The multiplayer is mega fun but at the same time the single player is on that same level.