Revere has the medical condition known as Hyperkinetic Depth Perception which allows him to see further than… basically anyone else. This allows him to see movement and distances faster and further than anyone else. When driving he can accurately tell the time and distance it takes him to reach a landmark. In his current instance he’s trying to dodge a train while shaking off a couple of guys shooting at him. Revere is a professional courier that specializes in the packages Fedex and UPS won’t take. Some of his clients are on not the most law abiding citizens, but his current employer is the FBI.

As Revere barely beats the train zooming in front of him he manages to nick a bottle that goes spinning and shatters his tails windshield. He drives off to his drop off point with a blown tire and a busted out back window. Once there he meets with his current employer Agent Quinton. He lets him know of the extra costs due to the danger of the mission and that basically Uncle Sam just bought him a new Mustang. 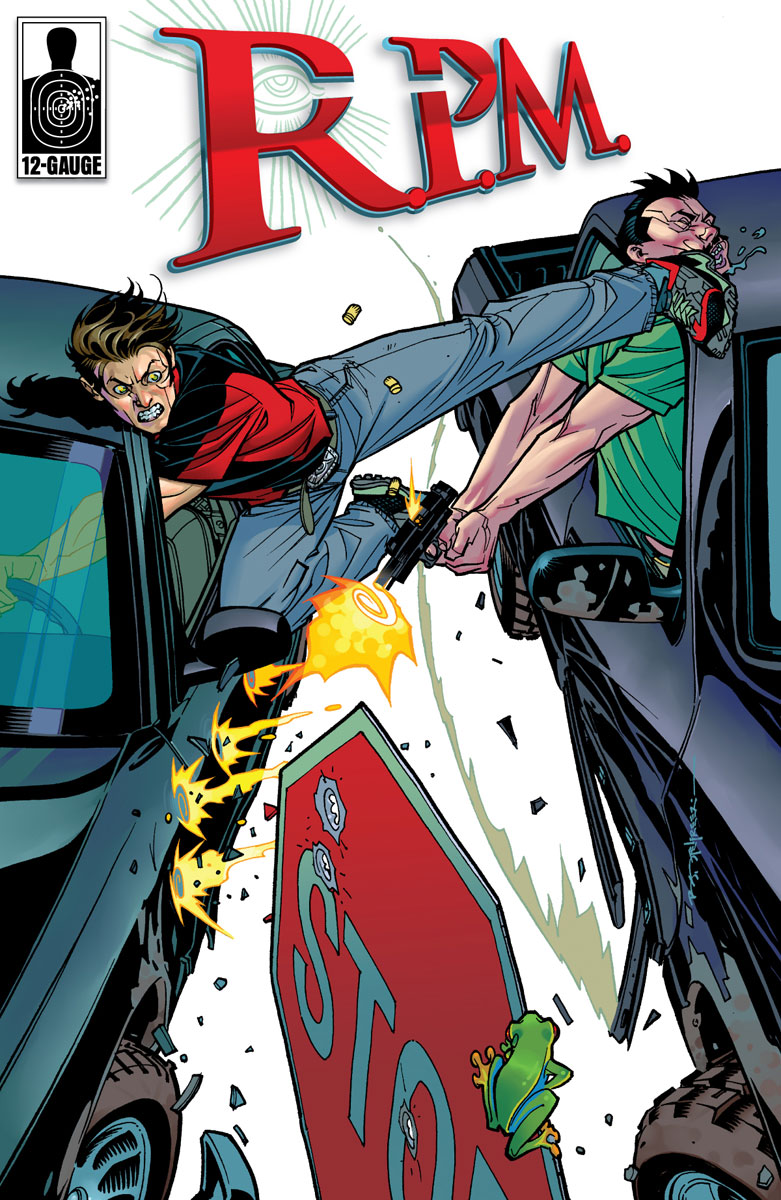 Revere’s next job comes to him at his favorite Pastry shop. He notices a pretty blonde and takes a few moments before finding the fastest way to the front of the store. To his surprise the Blonde knows his name and his order. They get it to go and head outside where Revere cuts to the chase and asks about the job she has for him. She hands him a card and Revere states that he’s familiar with the company that is known for making synthetic diamonds. She asks him to discreetly meet her the next day so they can go over the fine details of the job.

As Revere leaves the meeting he spots a tail and decides to haul ass out of there. The tail stupidly follows him down an alleyway in which Revere uses his HDP to throw an umbrella at a fire escape ladder bringing it down on the man’s head. Just before Revere can really lay into him, Agent Quinton runs out to stop him. He lets him know that they’re following the blonde, one Ms. Mackenzie Carson. He warns Revere to stay away from her and Forever Inc. the company she’s a part of.

I actually started reading this series with issue 3 so it was great to go back and see how things began. Revere is a bad ass character still, but at times his gifts are a little too cheesy. When he drives the car and throws the bottle threw the window shield with the tire it was a bit silly. It’s more enjoyable when he’s using his gifts in person rather than a vehicle, but that could just be me.

The story is simple enough; Revere is the best courier; Mackenzie and her father need the best to get their diamond to the best authenticator in the country. Along the way the world gets thrown at them and Revere must overcome the obstacles to get the job done. What makes the book interesting is the narration and the witty dialog. Revere is the biggest, most arrogant loud mouth ever because of his abilities. Yet he still manages to keep a very professional attitude. Writers Mick Foley (Mankind) and Shane Riches make an exciting team while putting together a comic with non-stop action, you might even say total non-stop action.

The weakest part of the story comes to us via the art. Personally I find it too rough and way over inked. A lot of the finer details are basically blacked out which is a shame because I think it could look really good with a different inker. As it is the character’s faces have deep amounts of detail that make them look ugly. Artist Jose Holder is a very good action artist and is able to make the complex sequences easy to follow. Visually the story too, is easy to follow, but the inks just muddle everything up making it painful to look at. I would love to see some original pages before the black dispair was added so that I can tell what Holder’s style actually looks like.

This book is pretty good; it’s a really fun read and comes off like a big budget action movie. Revere is the like-able prick that you just can’t hate. If you’re a fan of Folley’s then you probably already own this book, but if not I would say it’s worth checking out. It’s just a hip action book that sucks you in and distracts you from the world as you see Revere drive cars like no one else can.

The series is actually already on the third issue which we reviewed, but I thought people would like to know (just as I did) how it all began.