Paul Revere is a courier that always delivers his package. His current mission is taking a synthetically made diamond to be authenticated and deliver the makers daughter Mackenzie as well. The problem he’s running into is that an Embassy from the African nation of Angolan is trying to stop him. He’s doesn’t want the diamond to be authenticated because it would put his company out of business and then he couldn’t use the citizens for cheap labor. Right now Paul has the diamond, but not the daughter. His current plan is to jump onto top of the speeding car with her in it, but as you can imagine that doesn't work out to well. The speeding car is driving by Dominic, who is a turn coat as he used to work for the girl’s father and is now helping kidnap her.

Paul is able to throw just about anything and hit his target. He proves it by throwing a bottle and taking Dominic’s front tooth out. Still he manages to ditch Paul and get away with Mackenzie. Another group hired by the Ambassador picks Paul up. He plays dead until he can break free and makes quick work of the men. It seems that Paul is pretty unstoppable... until the cops arrive. They arrest him and make a big scene about it. When he’s put into the car he finds Mackenzie’s father Trent waiting for him. 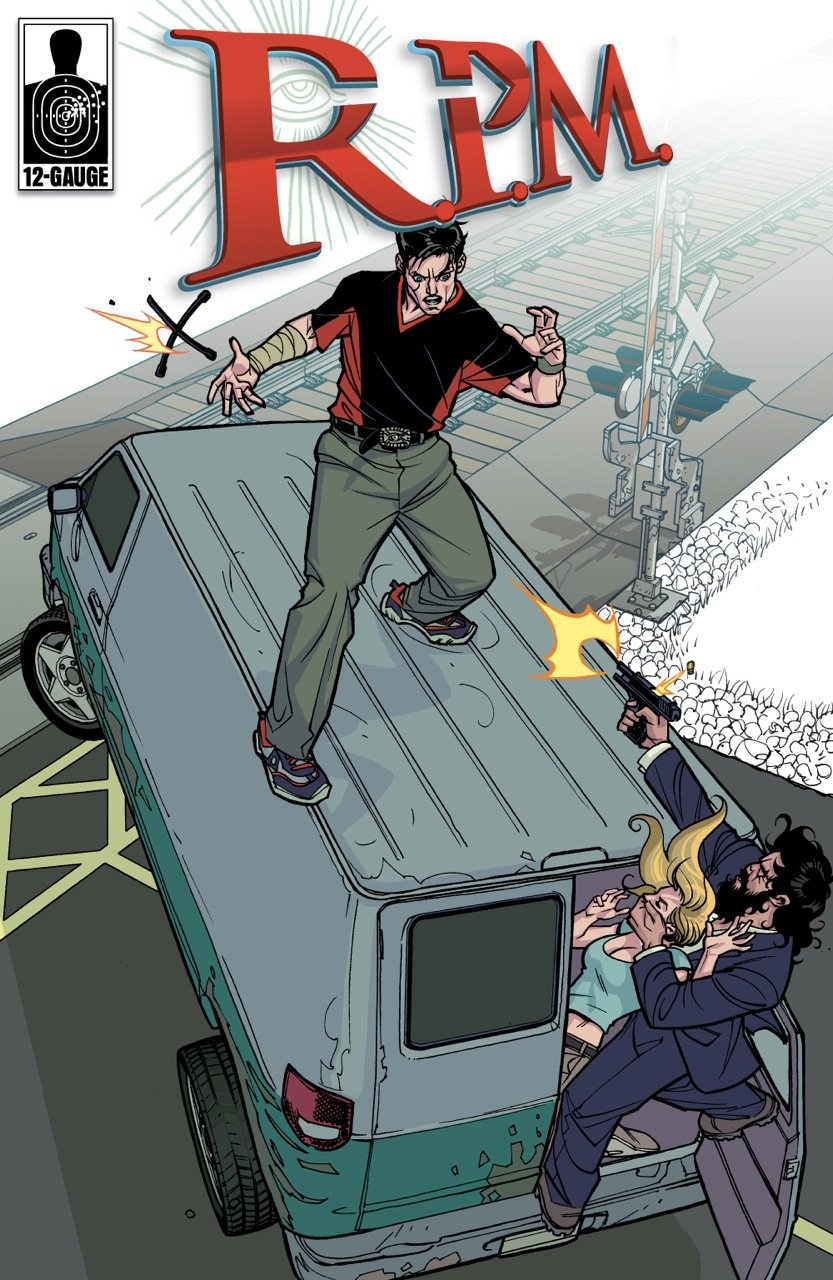 Apparently everything was set up to flush out the Ambassador using Mackenzie and Paul as the bait. Paul doesn’t like that much as he head-butts Trent in the face and takes his cigar. Paul somehow makes it out of his handcuffs as well, probably because he’s a bad ass. The diamond is secure now, but Paul most go get Mackenzie who is now sitting in the Angolan Embassy, but she won’t be only person he needs to rescue before the days over.

I don’t know if Paul has special abilities or if he’s just a total bad ass and frankly I don’t care. The story never gives you a chance to sit there and dwell on it either as the mix of action and story are very fast paced. The writing is top notch with real historical facts and witty one-liners as well. Mick Foley and Shane Riches make a good writing team as they did a fantastic job of balancing the action with the story. To be honest I had never read an issue of this series before and found it fun and exciting. I was a bit lost on the first few pages, but after that surprisingly the series subtly recaps the book for you making it easy to jump into.

The art is pretty good as well. It has a rough dirty look to it that works in the context of the story. That doesn’t always make it pretty to look at, but it is full of details both in the characters and the backgrounds. Jose Holder does a good job of simplifying the action so that readers aren’t lost in what’s happening on the page and is quite a talented Penciler when dealing with action sequences in general.

This book was really good, so much so that I want to pick up the first two issues and not to figure out the story. I just want to see how much of a bad ass Paul is and what other tricks he’s got up his selves. If you’re looking for an action story in the vein of the “Transporter”, but that doesn’t suck then I highly recommend picking this book up that releases on 2/23.