Under The Radar: Kristen Stewart

"A look into the underrated roles of the polarizing actress"
By: Cristian Barros | Movie Features | October 28, 2014
Thanks to the massive commercial success of the Twilight franchise, Kristen Stewart has become instantly recognizable, but also instantly scrutinized. Many critics were not too fond of the vampire saga and dismissed it as being silly fluff. Stewart, in particular, was criticized for being "stiff" and "wooden" in her performance as Bella. Personally, I felt she could only do so much with what was essentially an under-written role for the character, where all she was allowed to do was mope about her dilemmas. Now that the Twilight movies have come to their proper conclusion, Stewart is putting her focus back on character-driven indie flicks. She can currently be seen in the new movie Camp X-Ray, which has garnered some strong reviews for her understated performance as a soldier stationed in Guantanamo Bay. In addition, she has two upcoming well-received projects heading to theaters. First, she will be seen co-starring opposite Julianne Moore in the Alzheimer's drama Still Alice, due out in December. Next year, she has Clouds of Sils Maria, in which she plays an assistant to an actress (Juliette Binoche), dealing with aging in the film industry. Both movies have been singled out by critics at film festivals for allowing Stewart to give surprisingly effective performances. It looks as though Stewart is determined to erase the stigma of the blockbuster vampire series, but she has been delivering strong work before and in-between the sparkling vampires came into popularity. We look back at some under-appreciated performances that shed light to her talent. We start with the movie that put her on the Hollywood map. 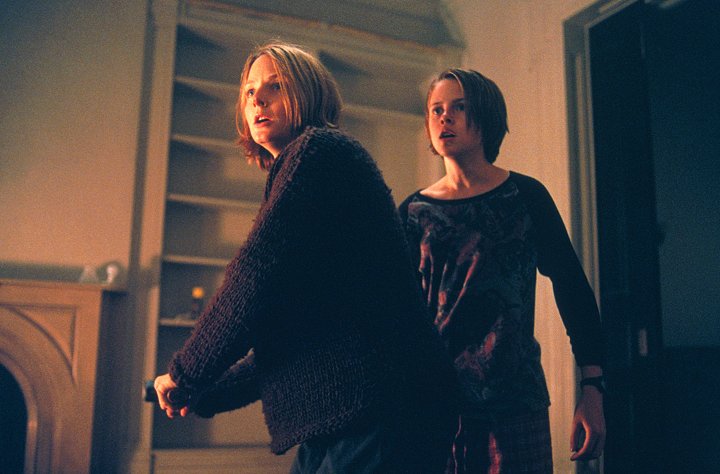 At only ten years old, Stewart made her mark in director David Fincher's tense and visually stylish home invasion thriller. Jodie Foster plays the protective and newly single mother and Stewart is the feisty tomboy daughter. They have just moved into a new upscale Manhattan home, when burglars break in and try to rob the place. Foster and Stewart take refuge in the panic room and must find a way to survive the night. The movie was a critical and commercial success (grossing $196.3 million worldwide) and put Stewart on the movie industry's radar with her tough and vulnerable performance. Foster and Stewart inject a lived-in quality into their roles as mother and daughter. Their connection is what grounds the movie and allows the audience to care about the outcome. Stewart's toughness would serve her well on future projects, but what impressed most was the maturity she displayed at a young age. 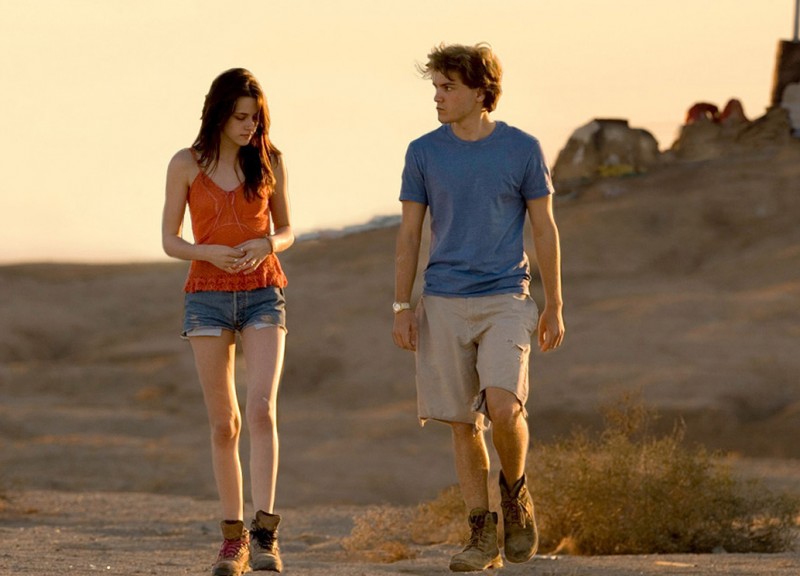 After a string of diverse projects, ranging from studio efforts (Zathura) to indie fare (The Cake Eaters), Stewart made an impression co-starring alongside Emile Hirsch in Sean Penn's directorial effort, which was based on the Jon Krakauer novel, about the true story of Christopher McCandless's (Hirsch) hitchhiking journey across America to live in Alaska. Along the way, he encounters Stewart's Tracy Tatro, a young singer who forms a crush on McCandless. As director, Penn creates a haunting and beautiful portrait of trying to find our place in the world. Hirch's performance is striking and honest. Stewart creates an indelible impression in her supporting role, creating a sensitive and natural portrayal of a lonely girl seeking a connection. Her scenes with Hirsch give the movie a touching gravity. This movie offered a peek at some of the emotional depths Stewart was capable of tapping into. 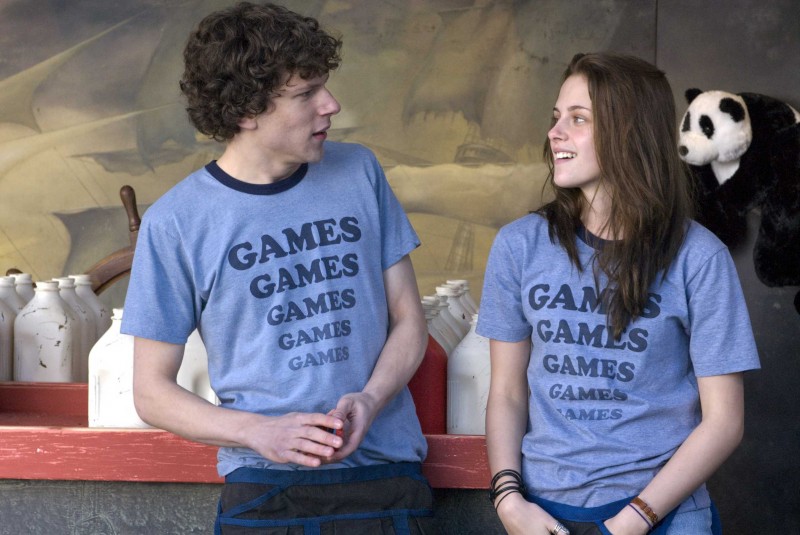 Following the massive success of the first Twilight movie, Stewart was out to seek character-driven pieces in between her franchise obligations. Her role as Emily Lewin in writer/director's Greg Mottola's coming-of-age story, set in the summer of 1987, represents one of her best acting efforts. In the movie, Emily is the affection of James Brennan's (Jesse Eisenberg) eye, but he is too nervous and self-conscious to express his true feelings. James is a recent college graduate and Emily feels directionless post-high school. Both meet while working at an amusement park and strike up a friendship that possibly leads to something more. Emily is one of the most fully realized characters Stewart has had a chance to play and she is up to the challenge. Emily is someone who creates conflict and feels helpless in stopping it at the same time. Stewart allows her flaws to be palatable because she injects charm, sexiness, and an understated vulnerability into the performance. There is an honesty to her portrayal of a young adult that is refreshing and allows Stewart to be something more resonant than the one-dimensional "girlfriend" role. 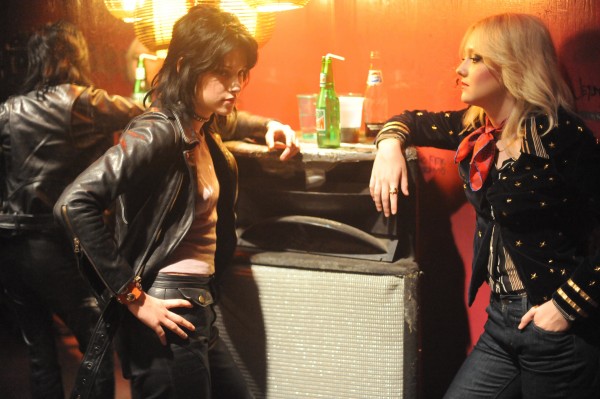 After the critical success of her work in Adventureland and another Twilight installment under her belt, Stewart veered into uncharted territory playing rocker Joan Jett. She co-starred with Dakota Fanning, playing lead singer Cheri Currie, in writer/director Floria Sigismondi's music bio-pic about the formation of the all-girl rock band, The Runaways. Set in 1975 San Fernando Valley, the movie is based on Currie's autobiography Neon Angel: The Cherie Currie Story. The movie's focus is on Currie's perspective, which relegates Joan Jett to a supporting player in the story. That being said, Stewart makes her presence felt in the role. She has always exuded a tomboyish quality as an actor and off-camera, but it is in her portrayal of Joan Jett where that quality is used to full and effective use. There is a grit and an ambitious hunger that Stewart's performance exudes, which gives the movie its spark. In addition, she gets to display genuine musical chops in her rocker singing voice, full of anger and emotion, and in her guitar playing. She does Jett proud by displaying her toughness, but also her genuine love of rock music. Another strong and surprising performance by Stewart, showing her evolution as an actress.

Stewart would go on to display her varied tastes in roles away from the Twilight franchise in movies like Snow White and the Huntsman, where she played Snow White imagined as a warrior, and On the Road, based on the famous Jack Kerouac novel, where she let loose as the wild and unpredictable Marylou. These roles continue her transformation from Bella Swan to portraying complex female characters. With the exciting lineup of indie movies on the horizon for Stewart, we see an actress shaking off the shackles of a franchise and seizing an opportunity to explore new sides untapped.