By: Justin Moody | Comic News | July 2, 2010
July 01, 2010, Los Angeles, CA – Radical Publishing and Full Clip Productions are proud to announce that they have entered into an imprint deal. Under this agreement, Full Clip Productions, the company headed by actor Sam Worthington and his partners Michael Schwarz and John Schwarz, will develop intellectual property to be produced under the Radical banner. Worthington and John Schwarz will star in the film adaptations of select projects.

The first project in development under the imprint is Damaged, created by John Schwarz and Michael Schwarz, and written by Eisner Award winner David Lapham (Stray Bullets), the story centers on two brothers committed to justice in different ways – one inside the law, one violently beyond it. Now, with the end of their careers approaching, they must train their replacements, hoping to remake each in their image. But the vigilante code has changed and the brothers are left unprepared for the true lawlessness and corruption that is about to be unleashed. Fans can learn more about Damaged when they visit Radical's San Diego Comic-Con Booth #3735. 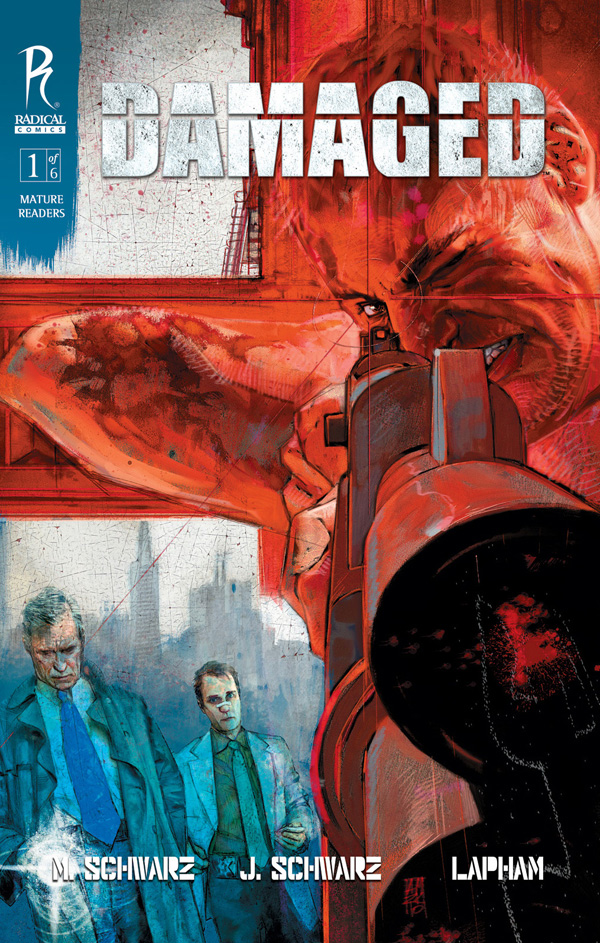 "We are thrilled to have Full Clip in the Radical family," said Radical Studios President Barry Levine. "An imprint deal of this nature is unprecedented in the industry, and we couldn't ask for better partners than Sam, Michael and John."

"As a lifelong fan of comics, I'm so excited to have the chance to create material which I can then personally bring to life on screen," Worthington said. "This is a great opportunity for my partners and I to work alongside a dynamic company like Radical."

Radical Publishing, run by Levine and Jesse Berger, recently announced development of a feature adaptation of its soon-to-debut graphic novel, Legends: The Enchanted, with Ron Howard and Brian Grazer's Imagine Entertainment. Radical is also adapting The Last Days of American Crime with Worthington attached to star in and produce as well as Oblivion, which is being developed with Tron Legacy director Joseph Kosinski. Radical Publishing currently has 19 titles in circulation which are published in 7 countries, and a catalog containing more than 70 properties and 500 characters.

Worthington was hand-picked by filmmaker James Cameron to star as the lead in Avatar, which is now the highest grossing film of all time. The movie won the Golden Globe award for "Best Motion Picture-Drama" and was nominated for an Academy Award for "Best Motion Picture." In 2009, Worthington teamed up with Christian Bale and director McG in Warner Brothers' Terminator Salvation. Recently, Worthington wrapped The Fields for producer Michael Mann and director Ami Canaan Mann, co-starring with Jeffrey Dean Morgan. He will next be seen in John Madden's The Debt, where he stars opposite Helen Mirren. The film will premiere at the 2010 Toronto Film Festival and will be released later this year.