" If it ain't broke, don't fix it"
By: Russ Matthews | Movie Reviews | December 10, 2018
Audiences were introduced to the throwback era of Wreck-It Ralph (John C. Reilly), Vanellope von Schweetz (Sarah Silverman) and the world of Litwak's Family Fun Center and Arcade in 2012. Over the last six years, this odd couple of racer and reformed bad guy have continued to grow their friendship by travelling around the arcade games whenever the doors of the emporium are closed. Their life has become routine and familiar until Mr. Litwak (Ed O’Neil) introduces WiFi to the arcade and a disaster occurs that causes the arcade owner to unplug and look to sell off Sugar Rush. 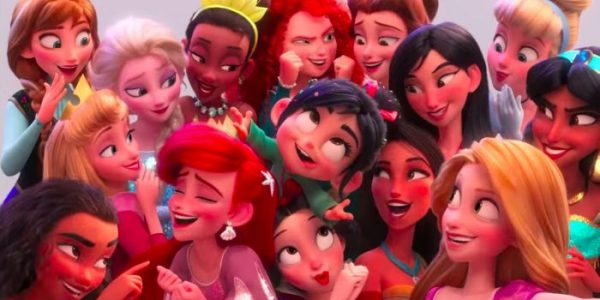 With the sudden change in the life of all in the gaming world, Ralph and Vanellope decide to journey into the unknown world of the internet to find the piece that will fix the racing game. They travel into the vast online atmosphere to get to eBay to bid on the part, but realise that they need actual money to pay for the item after winning. As they scheme to raise the necessary funds they venture throughout the internet into various worlds that open their eyes to the vastness of the outside world.
Ralph does all he can in the world of viral videos on BuzzzTube to raise the necessary funds for their purchase, while his sweet racing friend discovers a whole new automotive world in Slaughter Race. The two must determine if they want to return to the familiar world of Litwak’s or to remain in this new world of opportunity and what impact that will have on their friendship.
The challenge for this production was to live up to the innovative nature of the original film and to overcome the comparisons to The Emoji Movie from last year. Wreck-It Ralph was a creative and fresh look behind the scenes of the lost world of the aging video arcade. Connecting multiple generations to a bygone era and providing endearing characters that would have audiences yearning to experience more of their story. Even though the originality cannot be reinvented in this chapter, the world of the internet does provide an expansive landscape of new storylines and personalities to explore. 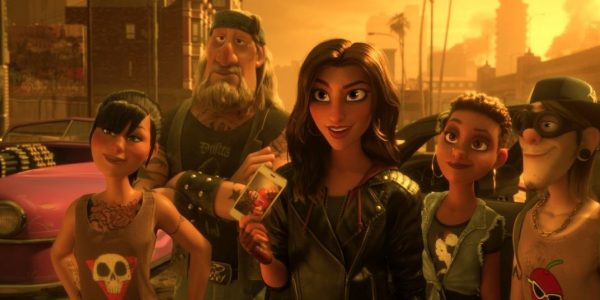 Between the various online services to consider and the vast Disney catalogue, directors Rich Moore and Phil Johnston are able to move their beloved characters into the universe of Disney princesses, Star Wars, eBay and Google with relative ease. Allowing Disney to poke fun at itself and even bringing in Alan Menken to provide Vanellope her own princess song makes for hilarity for parents and their children. Some of the jokes and sight gags are reminiscent of The Emoji Movie, but they contain a magical component that the 2017 film was not able to capture. Even though the screenplay does have a familiar feel to the first movie, this adventure does have enough to provide families with another great choice during the holiday season.
Rating
7.0
Pros