Ratings, bitch! Breaking Bad debuted its final season premiere to an audience of 5.9 million viewers. That is a series high for the AMC drama that doubled its season five premiere last year and garnered 3.6 million viewers in the 18-49 demographic. This makes Breaking Bad the second most popular series after The Walking Dead in key demographics throughout all the cable networks. AMC must surely be pleased with the performance of its original series. This is a pretty giant spike in the ratings for the cable show, one that suggests that the critically acclaimed series will definitely go out with a bang in its highly anticipated final season. The series’ final season has been getting a lot of expected media attention which most likely is a significant factor in the viewer’s heightened level of interest. This, along with the series’ availability in internet streaming sites (Netflix), has certainly drawn the viewers in to the drama. 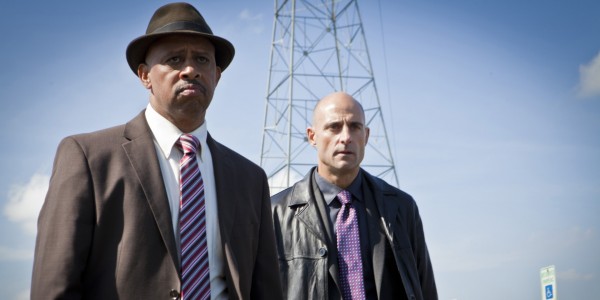 On the heels of Breaking Bad’s successful premiere, the new drama Low Winter Sun drew in 2.5 million viewers, which is a respectable number, although it lost more than half of its lead-in’s audience. Also premiering on Sunday was Talking Bad, the new Breaking Bad discussion after-show hosted by Chris Hardwick (a take on The Talking Dead also hosted by Hardwick).