RED is one of our must-see films of the fall, and now according to Deadline,  its director, Robert Schwentke, has signed on to direct the upcoming film R.I.P.D., which is set to star Ryan Reynolds.

A supernatural-style film based on a comic by Peter Lenkov, R.I.P.D. tells the story of a police officer (Reynolds) who is shot and killed in the line of duty. Upon crossing over, he learns of a law enforcement agency, the R.I.P.D., tasked with their own laws to enforce on Earth from the afterlife. Intrigued, he enlists with the department in an attempt to stop his killer and finds himself partnered with a long-dead gunslinger.

The script is being polished by Clash of the Titans writers Phil Hay and Matt Manfredi. A production date has yet to be announced due to the busy schedules of the writers (penning scripts for Sony and Warner Bros.) and the director (a film for Summit Entertainment on dock). Schwentke's name has been attached to many projects recently, including Fox's plans for a second "Wolverine" film. Apparently, however, the director has a thing for acronym movie titles.

However, all of their schedules pale in comparison to Reynolds', who has become one of the busiest actors in Hollywood. With a promotional tour of his upcoming film Buried, currently shooting The Change Up, what is sure to be a massive press tour for Green Lantern and the still possible spinoff of his Deadpool character, Universal and Schwentke are likely to take their time to work with Reynolds' schedule, as he's seemingly becoming a bigger and more lucratiive star every day. 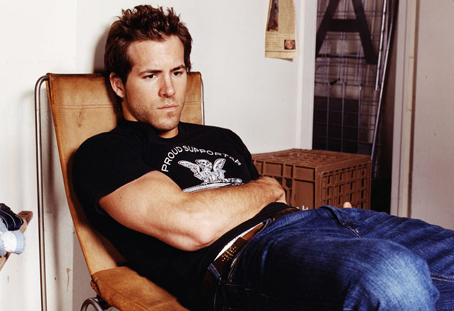